From the Back Cover

A panel of experts highlight the problems with all major claims of the official account of the 9/11 attacks. 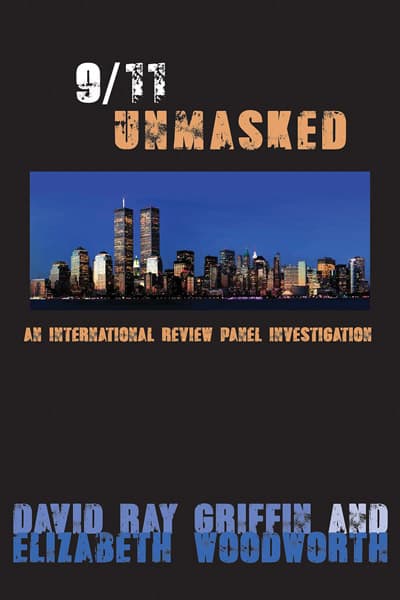 9/11 Unmasked is the result of a six-year investigation by an international review panel, which has provided 51 points illustrating the problematic status of all the major claims in the official account of the 9/11 attacks, some of which are obviously false. Most dramatically, the official account of the destruction of the Twin Towers and World Trade Center 7 could not possibly be true, unless the laws of physics were suspended that day. But other claims made by the official account including the claims that the 9/11 planes were taken over by al-Qaeda hijackers, that one of those hijackers flew his plane into the Pentagon, and that passengers on the planes telephoned people on the ground are also demonstrably false.

The book reports only points about which the panel reached consensus by using the best-evidence consensus model employed in medical research. The panel is composed of experts about 9/11 from many disciplines, including physics, chemistry, structural engineering, aeronautical engineering, and jurisprudence.

“The truth is out there hiding in plane sight: in videos, government reports, FOIA documents, and in the physical evidence. This book highlights many issues that the American people should know more about. We owe a debt of gratitude to these fine people for 17 years worth of continuing to seek the difficult truth about 9/11.”

—Lorie Van Auken, widow of Kenneth Van Auken, who was killed at WTC 1 on 9/11, and member of the Family Steering Committee for the 9/11 Commission

“9/11 ushered in a generation of war and destruction. And yet, despite its importance, much of the event remains poorly understood. 9/11 Unmasked provides an authoritative and carefully argued exposition of key problems with the official narrative. Nearly 20 years on, it is high time mainstream journalists and academics addressed these issues.”

“The Consensus 9/11 Panel, on which I’ve served, harnesses to devastating effect the power of citizens to critically investigate the official narrative of 9/11.

“Contemplate the truth of the gigantic criminal hoax that has betrayed the USA and the world.”

I The Destruction of the Twin Towers

II The Destruction of WTC 7

III The Attack on the Pentagon

V US Military Exercises On and Before 9/11

VI The Military and Political Leaders

VIII The Phone Calls from the 9/11 Flights

IX The Question of Insider Trading