A U.S. appeals court on Thursday revived claims by families of victims of the September 11, 2001, attacks who alleged that Saudi Arabia provided material support to al Qaeda.

Reversing a lower court ruling, the 2nd U.S. Circuit Court of Appeals in New York said “the interests of justice” justified reviving the claims, in light of a 2011 decision that allowed similar claims to proceed against Afghanistan.

Circuit Judge Chester Straub wrote for a three-judge panel that it would be “especially anomalous” to treat both sets of plaintiffs differently. He returned the case to U.S. District Judge George Daniels in Manhattan for further proceedings.

The litigation was brought on behalf of families of the nearly 3,000 people killed in the September 11 attacks, as well as insurers that covered losses suffered by building owners and businesses.

Most of the attackers were Saudi nationals who hijacked planes and flew them into the World Trade Center in New York City, the Pentagon in Washington, D.C., and – when passengers revolted – into a field in Pennsylvania. 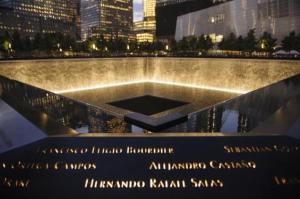 “This opinion is eminently correct and will give 9/11 victims their day in court,” said Stephen Cozen, a partner at Cozen O’Connor representing the plaintiffs. “The parties will start over, and we are very, very satisfied that we will meet any defenses, both legal and factual, that are raised.”

Cozen said damages could reach tens of billions of dollars.

Michael Kellogg, a partner at Kellogg, Huber, Hansen, Todd, Evans & Figel representing Saudi Arabia, said the country will “seek further review of this erroneous decision,” which he said was “contrary” to settled law.

“It is extremely unfortunate and burdensome that a sovereign nation and ally of the United States will continue to have to litigate this matter more than 10 years after it was filed,” he said in a statement.

The litigation began in 2002. Families of September 11 victims had alleged that Saudi Arabia and a government-affiliated charity knowingly provided funding and other material support to al Qaeda that helped it carry out the attacks.

A 2nd Circuit panel upheld that ruling on different grounds in 2008, but that panel’s interpretation of sovereign immunity law was overruled by a different panel in the Afghanistan case.

The families in the Saudi Arabia case then asked U.S. District Judge George Daniels, who took over their case following Casey’s death in 2007, to vacate the 2005 ruling.

But Daniels refused, saying at a March 2012 hearing that it was “pure speculation” to suggest the results were inconsistent “given the fact that there are different defendants with different sets of allegations regarding their activities.”

Writing for the 2nd Circuit, however, Straub said the new law announced in the Afghanistan case was an “extraordinary” circumstance to justify reviving the Saudi Arabia case.

“The procedural history of this case produced inconsistent results between two sets of plaintiffs suing for damages based on the same incident,” Straub wrote. “It also allowed the district court’s application of the discretionary function limitation to go unreviewed.”

Thursday’s decision was joined by Circuit Judges Jose Cabranes and Ralph Winter. Cabranes was also on the 2008 panel that upheld the dismissal of the Saudi Arabia case, and the 2011 panel that reinstated the Afghanistan case.