WASHINGTON — Accused al Qaeda mastermind Khalid Sheik Mohammed complained that interrogators tortured lies out of him, though he proudly took credit for more than two dozen other terror plots, according to newly released sections of government transcripts.

“I make up stories,” Mohammed said at one point in his 2007 hearing at Guantánamo Bay.

In broken English, he described an interrogation in which he was asked the location of al Qaeda leader Osama bin Laden.

Yet at the same military tribunal hearing, Mohammed ticked off a list of 29 terror plots in which he took part.

The transcripts were released as part of a lawsuit in which the American Civil Liberties Union is seeking documents and details of the government’s terror detainee programs.

Previous accounts of the military tribunal hearings had been made public, but the Obama administration went back and reviewed the still-secret sections and determined that more portions could be released.

Most of the new material centers around the detainees’ claims of abuse during interrogations while being held overseas in CIA custody.

One detainee, Abu Zubaydah, told the tribunal that after months “of suffering and torture, physically and mentally, they did not care about my injuries.”

Zubaydah was the first detainee subjected to Bush administration-approved harsh interrogation techniques, which included a simulated form of drowning known as waterboarding, slamming the suspect into walls and prolonged period of nudity.

Zubaydah claimed in the hearing that he “nearly died four times.”

“After a few months went by, during which I almost lost my mind and my life, they made sure I didn’t die,” Zubaydah said.

He claimed that after many months of such treatment, authorities concluded he was not the No. 3 person in al Qaeda as they had long believed. 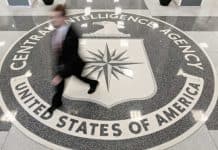 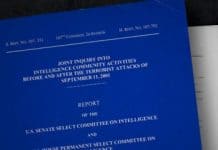 Five Revelations in the Missing 28 Pages

How Important is Cheney’s Admission that There was NEVER Any Evidence...

Senate report on CIA torture is one step closer to disappearing

May 28 National Day of Resistance to U.S. Torture