Home In the Media ‘Americans don’t share global domination policies of their leaders’ RT talks to...

RT: Why do you think such a concept as Democracy is being so grossly misused?

Peter Dale Scott: It is true, especially in the last 15-20 years, that America has used these slogans of democracy and freedom as a way of expanding their sphere of influence in the world.

We have these two foundations, one Democratic, one Republican, doing what the CIA used to do — putting money into other countries’ elections that I think is quite inappropriate.

Yes, I would like to see more democracy and freedom in the world, but it has to be autochthonous, it has to grow out of the country, it is not something you can blast in. In Libya, it was totally pushed from outside.

I think history is going to judge the Libya thing from a very negative assessment, what was done against Gaddafi.

RT: Do you think it’s really idealism or the lack of necessary analysis or consideration on the part of people who make these decisions to throw full US weight behind any particular movement?

PS: The big difference between the British and American invasions in the third world is that the British at least usually knew the languages of the countries they went into, they had a certain degree of knowledge.

American policies are usually dictated by amazing ignorance. In the case of Libya, for example. The idea was that everybody hates Gaddafi and all you have to do is give a little push to a popular uprising and poof! Gaddafi would be gone. The US special forces went to Syria before the Arab Spring to train resistance groups.

I’m hoping that at some point American will get sick and tired of these nasty interventions which blow up in their face. I think most Americans wish they never heard of Iraq.

RT: When you consider US interests in the Middle East region, wouldn’t it be better for the US and Israel to deal with autocratic but predictable regimes, rather than the unpredictable Islamist groups?

PS: American foreign policy is taking a very bad turn since the 9/11/2001 attacks.

The immediate response was to go after all those countries — Afghanistan, Iraq, Somalia, Libya and Syria. What do all these countries have in common? At one point all those countries were allied with Russia, the Soviet Union. So it looked like a concerted effort to replace an area of Soviet influence with American influence.

We had a General Wesley Clark who was in Pentagon in 1991 through to 2001. And it was he who told us there was a plan to go after all these countries which we now have seen been implemented. He talked about the window of opportunity: now that the Soviet Union is gone Russia will be too confused to be able to resist so all this should be done quickly. 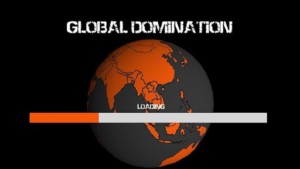 This is a very sinister play for pure dominance in the world. I don’t think there is much popular support of the American people for this. It was a group of neocons and special cliques. All [American] companies had their interests in global domination. I’m very disappointed that the American people haven’t done more to stop this because it has become dangerous to the world.

PS: The problem is not a problem of the journalists. There have been a lot of concentration changes in the American media. We’re getting a kind of corporate superstructure to the American society in which the media and the financial interests and the defense industry, and the oil companies are all a part of one huge conglomerate.
It is very important for the future of the globe to have good communications, which means to have good journalism. It is a great problem that the American corporate superstructure of the media is less and less amenable to objective journalism.