Home Activism Accountability Articles of Impeachment To Be Filed Against Cheney

Source URL: http://blog.washingtonpost.com/sleuth/2007/04/articles_of_impeachment_to_be.html
by The Sleuth, Mary Ann Akers … “Behind the Scenes in Washington” 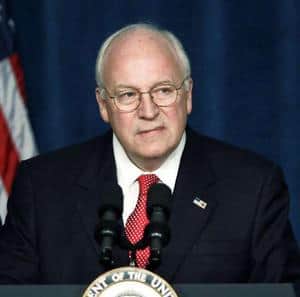 Rep. Dennis Kucinich (D-Ohio), the most liberal of the Democratic presidential candidates in the primary field, declared in a letter sent to his Democratic House colleagues this morning that he plans to file articles of impeachment against Vice President Dick Cheney.

Kucinich has made ending the war in Iraq the central theme of his campaign. He has even taken aim at the leading Democratic presidential candidates in the field for their votes on authorizing the war.

Article II, Section 4 of the Constitution gives Congress the authority to impeach the president, vice president and “all civil Officers of the United States” for “treason, bribery, or other high Crimes and Misdemeanors.”

Sources tell the Sleuth that in light of the mass killings at Virginia Tech Monday, Kucinich’s impeachment plans have been put on hold. There will be no action this week, they say.

Kucinich’s office had no comment on the Congressman’s “Dear Colleague” letter — which apparently was drafted over the weekend, before the school massacre — or on what the focus of articles of impeachment against Cheney would be.

But Kucinich shouldn’t hold his breath on getting anywhere with his impeachment plan. “We’ll see a Kucinich Administration before we’ll see a Cheney impeachment,” quipped one Democratic aide.

Here is the text of his letter, a copy of which was forwarded to the Sleuth:

This week I intend to introduce Articles of Impeachment with respect to the conduct of Vice President Cheney. Please have your staff contact my office . . . if you would like to receive a confidential copy of the document prior to its introduction in the House.

Kucinich ALSO says he’s pursuing impeachment of Bush! Well let’s help him out. Sacks and sacks of mail are about to arrive in Dennis Kucinich’s office initiating impeachment via the House of Representative’s own rules. This legal document is as binding as if a State or if the House itself passed the impeachment resolution (H.R. 635).

Kucinich says he is building his case for impeachment, and is working to build the support of his peers in Congress. He says he intends to impeach. He said he needs us to keep building the groundswell of support for impeachment all over the country. He asks that we send him copies of all the resolutions passed in various States, local Legislative Districts, County Districts and of any petitions with signatures, so that he can present them to the floor of the House. He said he felt that our framing the issue of impeachment in terms of the Constitution is a principled choice, and ultimately more effective than just acting on anger. Here’s video of Kucinich addressing the impeachment issue:

Let’s answer Kucinich’s call with a petition that has it’s precedent in history, and it’s legitimacy in the Rules of the House of Representatives.

There’s a little known and rarely used clause of the “Jefferson Manual” in the rules for the House of Representatives which sets forth the various ways in which a president can be impeached. Only the House Judiciary Committee puts together the Articles of Impeachment, but before that happens, someone has to initiate the process.

That’s where we come in. In addition to a House Resolution (635), or the State-by-State method, one of the ways to get impeachment going is for individual citizens like you and me to submit a memorial. ImpeachforPeace.org has created a new memorial based on one which was successful in impeaching a federal official in the past. You can find it on their website as a PDF.

You can initiate the impeachment process and simultaneously help Kucinich to follow through with the process. Do-It-Yourself by downloading the memorial, filling in the relevant information (your name, state, etc.), and sending it in. We’re not only having you send them to Dennis now, but also to Impeach for Peace. That way, we can collect them all in one place, and deliver them all simultaneously (with cameras rolling) in July. Be a part of history.