The connections of the Bush administration to the cover-up of the 9/11 attacks provide the material for the most important topic that our media could address. But it doesn’t. Why?

It is fair to say that the Bush administration, through the efforts of Attorney General John Ashcroft, has confirmed its complicity in the 9/11/01 attacks.
In his legal appeal to Judge Reggie Walton to silence FBI Whistleblower Sibel Edmonds, Ashcroft has inadvertently, through the very language of the appeal, provided eloquent proof of treason and misprision of treason within the highest levels of government. 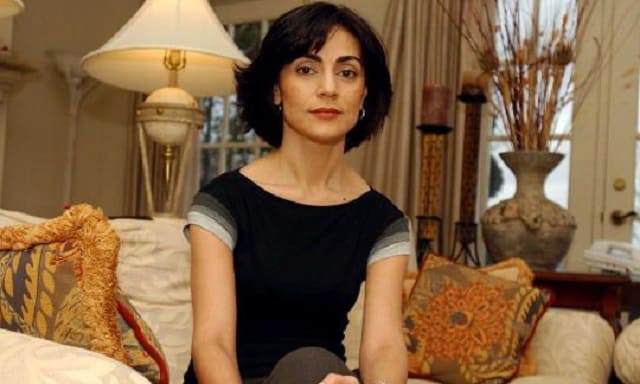 In Ms. Edmonds’ unimpeachable testimony to the Senate Judiciary Committee almost three years ago, she named countries and people who had contributed to the attacks of 9/11. At the time, the FBI had evidence from Colleen Rowley, The Phoenix memo, and other FBI translators. Twenty-five more whistleblowers have joined them. Who would be damaged by the release of the reports? Who is being protected?

Nearly three years ago, Sibel Edmonds provided unimpeachable testimony to the Senate Judiciary Committee. Why is she still under a gag order? Who’s being protected?

What Ashcroft has done is to admit that those who have read the reports (Ashcroft himself plus the members of the Senate Judiciary Committee including Senators Grassley and Leahy) know the identities of the countries and persons who are responsible for the attacks. And he has confirmed that those responsible must be protected. The press and the Democrats and Republicans in Congress agree.

It is most significant, legally, that Senators Grassley and Leahy have repeatedly demanded that Ashcroft release the Inspector General’s report. Note, they “fear that the designation of information as classified in this case serves to protect the executive branch against embarrassing revelations and full accountability.” Senators Grassley and Leahy are telling you WHY it is classified. Their letters serve as documentary, exculpatory evidence–for them. They have cleared themselves in advance of misprision of treason. Ashcroft has not, and cannot. The time for that would have been before 9/11, not after. In fact, he has heaped evidence upon himself by taking such an active, personal roll in the case.

The Inspector General’s report contains confirmed evidence of intentional, not accidental, criminality. The validity of the evidence has been confirmed by Senators Grassley and Leahy, and by the FBI. It has also been confirmed by Ashcroft. In his appeal to Judge Walton he stated, “. . . statements in this declaration are based on [his] personal knowledge,”–knowledge that “military secrets are at stake” and that disclosure of the facts would “cause serious damage to the national security interests of the United States.” In his decision, Judge Walton agreed.

We are getting closer to parallel confirmation of Ms. Edmonds’ gagged testimony from independent sources. These sources have uncovered, either through personal knowledge or exhaustive investigations, the same names and countries that Ms. Edmonds may not disclose. Nor may she confirm such reports. But common knowledge of the journey of heroin from Afghanistan to Western Europe to the US provides a road map. On that map are the countries of Azerbaijan, Uzbekistan, Turkmenistan, Kazakhstan, Tajikistan, Pakistan and Turkey. In the documents are names like Atta, Ahmad, Khalid Sheikh Mohammed, Dostum, Khalilzad, and Bin Laden; and groups like Al Qaeda, the ISI of Pakistan, and the Taliban. The names of companies like Enron, Halliburton, Bechtel, Unocal, and Bin Laden Group appear connected to the off-shore banks that hide money for three infamous families: Marcos, Bush, and Bin Laden. And the same names, like Bush, Cheney, Rice, Bin Laden, Zelikow, Woolsey, and Giffen, intersect in the perpetration of unspeakable atrocities in the quest of empire and power.

Let’s get it right and sort out the criminality. Pinochet was finally indicted. Who’s next? Get out your knitting needles, Madame. The records must be kept.

Those who know of the guilt of traitors but remain silent are chargeable with misprision of treason. Why haven’t they been so charged?

I interviewed Ms Edmonds on my radio program on Dec. 10. She expressed a deep conviction for exposing the truth and an artless disbelief in the utter failure of our press and elected officials to do their jobs.

There is a laughable side to this story. It pertains to the gate-keepers of empire, the status quo, treason, and despotism. These gate-keepers are the progressives. Have you heard this story from any of them? Bernie Sanders or Ralph Nader? The Nation? “Democracy Now”? Or do they marginalize those who talk of these things? The connections of the Bush administration to the cover-up of the 9/11 attacks provide the material for the most important topic that we could address. And the de facto confession of Ashcroft in this complicity is an open, infectious wound. It is the most important topic, along with election fraud, that our press will ever have the cowardice to ignore.

One wonders, especially after hearing interviews with retired CIA analyst Ray McGovern: where is the line this administration will not cross, while the scribblers of our free press shield treason for their daily bread?

Ms. Edmonds’ petition to Ashcroft to declassify the Inspector General’s Report. The author wishes to thank Karl Schwarz for some of the parallel research referred to in this article.

The quotes from Attorney General Ashcroft were taken from the Memorandum Opinion of Judge Reggie B. Walton in Civil Action No. 02-1448 (RBW), U.S. District Court for the District of Columbia, July 6 2004.

The letter from Senators Grassley and Leahy to Ashcroft was written on July 9, 2004.

Jim Hogue, a retired high school teacher and professional actor, has been doing a Vermont-based listener-sponsored radio show each week for over 10 years. Prior to 9/11, the show was literary in nature, but since then Hogue’s coverage has greatly expanded.