Reprimanded for Torture, Retired, then Back to CIA as a Contractor

A recent book by former FBI agent Ali Soufan shows that the same CIA officer was involved in generating intelligence that falsely linked al-Qaeda to first Iran and then Iraq. The officer was also involved in a notorious torture episode and was reprimanded by the Agency’s inspector general.

The officer, who Soufan refers to as “Fred,” but whose real first name is “Albert” according to a February 2011 Associated Press article, served at the CIA station in Jordan in 1999. During that time, al-Qaeda, aided by a collection of freelance terrorists headed by Abu Zubaidah, attempted to commit a series of attacks in the country, known as the Millennium Plot. However, the attacks were foiled by the local Jordanian intelligence service, working with the CIA and FBI.

During the investigations of the plotters, Albert drafted a series of official cables that were later withdrawn. Although the withdrawing of the cables was first mentioned in a July 2006 article by Lawrence Wright for the New Yorker, Wright did not mention what was in the cables or by whom they were drafted. The content of one of them and the drafter were first revealed upon the publication of Soufan’s book in mid-September 2011.

According to Soufan, one of the twelve withdrawn cables falsely stated that the group of terrorists later arrested for the Millennium Plot in Jordan was linked to Iran. Albert’s reasoning for this was that the group had trained in the Bekaa Valley in Lebanon, an area of high activity by the Iranian-backed militant group Hezbollah. Therefore, the group in Jordan had to be working with Hezbollah and be backed by Iran.

Soufan was also sending reports to Washington, and someone in DC noticed that Albert claimed a link to Iran while Soufan did not. An investigation followed and Soufan was proved right — the Millennium Plot had nothing to do with Iran — leading to the withdrawal of Albert’s cables. In his book, Soufan attributes Albert’s error to “a tendency to jump to conclusions without facts.”

Albert had previously worked with the FBI as a translator, but had failed to make agent status, and Soufan says he was reputed to bear a grudge against the Bureau for this slight.

The contents of the other eleven cables that had to be withdrawn are unknown.

The second episode, where Albert played a part in the generation of false information that helped justify the invasion of Iraq, is notorious. Ibn al-Shaykh al-Libi, a senior militant training camp commander in Afghanistan, was captured by US forces and turned over to the FBI towards the end of 2001. Al-Libi was being interrogated by George Crouch and Russell Fincher, an FBI agent a group of CIA officers had withheld information from in the run-up to 9/11. Al-Libi was co-operating with Crouch and Fincher, and had even provided information about an ongoing plot in Yemen.

Albert burst into the interrogation room, told al-Libi that information about plots in Yemen was meaningless, and made threats against him. As a result of this, al-Libi clammed up and refused to provide more information that day. Albert was subsequently banned from Bagram air base, where the interrogation was being conducted.

However, Albert’s superior, CIA Chief of Station in Afghanistan Richard Blee, complained to Washington about the alleged lack of information from the interrogation of al-Libi and initiated a turf war between the Bureau and the Agency. The CIA won and Albert returned to Bagram, taking control of al-Libi.

At one point, Albert threatened to rape al-Libi’s mother. According to Jane Mayer’s The Dark Side, Albert screamed, “You’re going to Egypt! And while you’re there I’m going to find your mother, and fuck her.” Soufan’s book contains a slightly different quote: “If you don’t tell me about what you are planning [redacted, evidently “in Egypt”], I’m going to bring your mother here and fuck her in front of you.”

Al-Libi was shipped to Egypt, where, under torture, he invented all kinds of information linking al-Qaeda to Iraq. The information later formed a key segment of Colin Powell’s infamous presentation to the UN justifying the Iraq invasion. 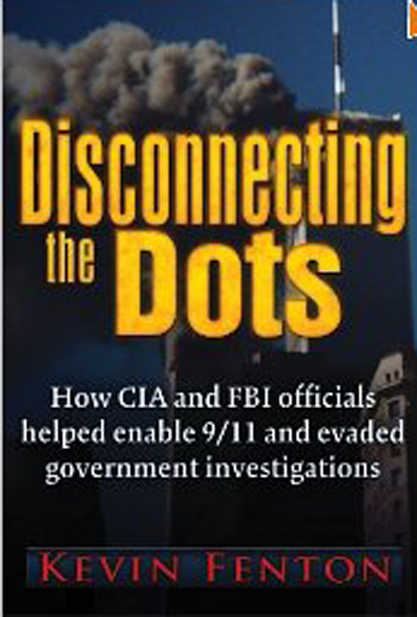 Analysis shows that Albert was also the CIA officer who used a handgun and electric drill in an attempt to scare another detainee, Abd al-Rahim al-Nashiri. These events became the centre of media attention when the CIA inspector general’s report into the agency’s torture program was released.

Finally, Soufan places Albert at the initial interrogation of 9/11 coordinator Ramzi bin al-Shibh and an unnamed high-value associate in September 2002, although he does not say that Albert played any specific role in their interrogation.

According to the Associated Press, Albert was reprimanded by the Agency for the “mock execution” of al-Nashiri. He later retired from the CIA, but then returned as a contractor.

Kevin Fenton is the author of Disconnecting the Dots: How CIA and FBI Officials Helped Enable 9/11 and Evaded Government Investigations.