Home In the Media Colbert weeps for Glenn Beck’s sanity

By David Edwards and Muriel Kane

Glenn Beck of Fox News astonished many viewers recently when he repeatedly reduced himself to tears while announcing his “9.12 Project” to save the nation.

“My Glenn Beck fantasy came true,” Colbert announced on Tuesday. “The fantasy where a hysterical Glenn Beck tells his audience of desperate shut-ins through tears and spittle that vague unnamed enemies have failed them and that it’s time to take angry action.” 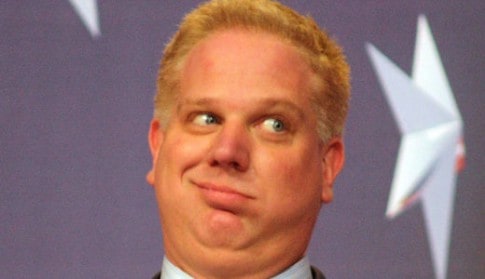 “Are you ready to be that person that you were that day after 9/11?” Beck tearfully asked his audience.

Colbert helpfully explained that Beck is attempting to get us to move “beyond the fear we felt on 9/11 to the compassion we felt on 9/12. And hopefully, we’ll all eventually get to the way Glenn felt on 9/9 of 2005.”

On that date, Beck said, “You know, it took me about a year to start hating the 9/11 victims’ families. … When I see a 9/11 victim family on television of whatever, I’m just like, ‘Oh, shut up!’ I’m so sick of them because they’re always complaining.”

“Good point!” Colbert exclaimed, as his audience gasped in shock. “The 9.12 Project is not for families directly affected by 9/11 — just people building their careers on it.”

“I’m sorry,” Beck apologized during another of his bouts of weeping. “I just love my country — and I fear for it.”

This heartfelt declaration choked Colbert up as well. “I’m sorry,” he gasped. “I just love Glenn Beck’s sanity — and I fear for it.”

Colbert then announced his own forthcoming 10.31 Project — which apparently involves ghosts, witches, jack o’ lanterns, and bats in the belfry. “Go house to house on your block,” he urged his audience, “ring doorbells, and demand that your neighbors make a tangible commitment to America — preferably in the form of a sugary treat.”

Editor’s Note: See also, at Huffington Post, “Colbert Went Where the New York Times Feared to Tread on Glenn Beck” by Greg Mitchell. “Colbert, as you will read and see following this link, expressed (albeit with his usual twinkle and silly Halloween coda) all of the passion, and skill, shown by Stewart when he went after Cramer. He was not just foolin’ around. … Something obviously got to him. Perhaps it was a part left out of the Times’ piece, which covered Beck’s new “9/12” movement without mentioning that Beck had attacked 9/11 families and said he was sick of hearing about it and them. The punch line: “The 9-12 project is not for families directly affected by 9/11 — just people building their careers on it.” (emphasis added)

This video is from Comedy Central’s The Colbert Report, broadcast Mar. 31, 2009.