Conspiracy theories have long been a part of history.

11.9 – The truth movement is often laughed at for criticizing the Bush government’s answer to what happened on 11th September 2001. Now however, the recognized historian, Daniele Ganser gives legitimacy to the skeptics.

CONSPIRACY: Ganser has caused debate following the presentation of his view in an interview with the Swiss TV-channel, U1. There he repeated his arguments from an article he wrote in the Swiss newspaper, Tages-Anzeiger in Zürich in September 2006.

Ganser’s premise is that conspiracies are nothing unusual or new in the field of historical research. At least since the assassination of Julius Caesar in classical Rome more than 2000 years ago, conspiracies have been an element of the political fight for influence and power.

He defines a conspiracy as, “a secret agreement between two or more persons to engage in a criminal act.”

He continues: “As 9/11 was a criminal act which was definitively not planned and carried out by one single person alone but by at least two or more persons who agreed on the plan before it was implemented, 9/11 must be classified as a conspiracy.” 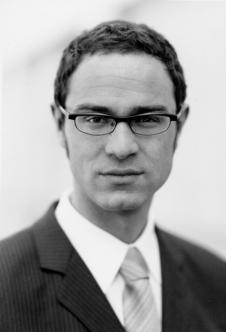 MOST CORRECT? “It is important to stress that all theories about 9/11 are conspiracy theories. Once we realize that none of the theories can be dismissed on the grounds that it is a ‘conspiracy theory’, the real question becomes: Which conspiracy theory correctly describes the 9/11 conspiracy?” asks Ganser.

The historian thereby is in disagreement with the many who laugh at the critics of the official explanation of 11/9 as it is expressed in three reports (see fact box).

THREE THEORIES: Ganser presents three main theories about the conspiracy of 11/9. He does not himself address the issue of which theory most correctly describes what actually happened:

1. The so-called surprise theory: Offered by the Bush administration and the 9/11 Commission report (2004), it claims that Osama bin Laden conspired with Khalid Sheikh Mohammed, Mohamed Atta, and other men to attack the US on 9/11. The surprise theory argues that 9/11 was a Muslim conspiracy. It concedes that there were rumours about a looming attack, but insists that the US intelligence community, including the NSA, CIA, FBI, DIA, and other intelligence services, along with Pentagon, were unable to prevent the conspiracy. (NSA: National Security Agency, DIA: Defence Intelligence Agency, red. anm.)

2. Let It Happen On Purpose: (LIHOP theory). Like the surprise theory, it assumes that Osama bin Laden conspired with Khalid Sheikh Mohammed, Mohamed Atta and other men to attack the US on 9/11. In stark contrast to the surprise theory, however, the LIHOP theory claims that persons inside the US government deliberately allowed the attacks to be carried out in order to be able to start a number of wars that had been planned in advance. The LIHOP theory thus argues that 9/11 was a combined Muslim and Jewish-Christian conspiracy, in which the latter outwitted the former.

3. Make It Happen On Purpose: (MIHOP theory). It argues that criminal persons within the US government, Pentagon and the intelligence community, carried out the attacks themselves in order to be able to start a number of wars that had been planned in advance. The MIHOP theory thus argues that 9/11 was primarily a Christian or Jewish-Christian conspiracy, in which Muslims, if involved at all, were involved only in minor ways.

Ganser is in agreement with theologians who point out that no true Christians, Jewish, or Muslim values – including love and respect for other human beings – can be found in the crimes of 9/11, and that it is therefore fundamentally wrong to link any of the three largest monotheistic religions of the world to the crime. If religion played a role in the fanatic crime at all, then it was misguided religion.

TWO COUNTER-ARGUMENTS: Ganser discusses the two most important arguments against theories 2 and 3, which are:

Argument 1 against the Lihop- and Mihop-theory: Civilized, western governments in general, and the US government in particular, would never do anything as evil as to allow the 11/9-attacks, yet alone plan them.

Argument 2 against the Lihop- og Mihop-theory: If the 11/7-attacks were carried out by forces within the US own government, it would not have been possible to keep it a secret for so long.

RAISES DOUBT: As stated, Ganser does not address which of the three theories is correct. However, he has conducted so much research on secret warfare executed by western governments that he would not altogether dismiss the more moderate Lihop or the more alarming Mihop theory.

In order to understand why the Swiss historian doesn’t think arguments 1 and 2 against the Lihop- and Mihop-theories in themselves are viable, we need to look at his own research:

Ganser is an expert on the use of the Strategy of Tension by western governments, for example during the Cold War. This involved implementing a terror attack on public places and then placing the blame on a political opponent.

In his book on Nato’s secret army, Operation Gladio, he describes state-supported terror attacks during the 60’s and 70’s in Europe. These took place chiefly in Italy, but also in Beligium, Turkey and Greece. Secret forces were trained and equipped by the American CIA and the British counterpart, MI6.

FALSE FLAG?: But would American authorities really have sacrificed their own citizens?

Ganser refers to “Operation Northwoods”, a plan devised by the Pentago in the 60’s. This involved performing a series of strategy-of tension operations, designed to shock the US public and discredit Castro. Among other actions, the US officers suggested developing a fake “Communist Cuban campaign in the Miami area, in other Florida cities and even in Washington”, faking a Cuban air force attack on a civilian jetliner, “sink(ing) a boatload of Cuban refugees”, and blowing up a US ship in Cuban waters and then blaming the incident on Cuban sabotage. This is recorded listed among the ideas defended by General Lyman Lemnitzer.

But Operasjon Northwoods was never implemented. At the time, President John F. Kennedy and his secretary of defense, Robert McNamara, opposed such operations, which included killing US citizens and involved a large-scale manipulation of the American population.

However, Ganzer makes a point of stressing that the strategy of tension was prominently advocated by the highest ranking officer in the Pentagon — General Lyman Lemnitzer, chairman of the Joint Chiefs of Staff — as a pretext to convince the US public of the need to invade Cuba and overthrow Castro.

KEPT SECRET: Further, is it possible to keep such cynical plans a secret?

Yes, believes Ganser. Operation Northwoods was a marked secret by the Pentagon. Only 40 years later, in April 2001, was is made public.The distinguished US researcher James Bamford engrossed himself in the material and produced in 2002 the book, Body of Secrets: An Anatomy of the Ultra Secret National Security Agency. In this he wondered whether Operation Northwoods was the most corrupt plan ever created by the US government. He concluded:

(I)n light of the Operation Northwoods documents it is clear that deceiving the public and trumping up wars for Americans to fight and die in was standard, approved policy at the highest levels of the Pentagon.

It is on the basis of this type of research that Daniele Ganser fears that arguments 1 and 2 against the Lihop- and Mihop-theories are insubstantial.

WHO: Swiss historian and research specialist on peace and secret warfare. Senior researcher at the Institute of Strategic Studies, of the University of Zürich. His latest book is Nato’s Secret Armies: Operation Gladio and Terrorism in Western Europe (2005).

READ ARTICLES: “Der erbitterte Streit um den 11. September” in the Swiss newspaper, Tages-Anzeiger, 9th September 2006. The ‘Strategy of Tension’ in the Cold War Period in the book, 9/11 and American Empire. Intellectuals Speak Out, 2007.

WTC 7: 47-floor building further north. Somewhat damaged by fire after being hit by debris when the twin towers fell. Collapsed at 17.20 the same day.

FEMA: Federal Emergency Management Agency produced a temporary report on the fall of the three towers, in May 2002. See http://www.fema.gov/rebuild/mat/wtcstudy.shtm

AVAILABLE: Archived on the website of National Security Agency www.gwu.edu/~nsarchiv/news/20010430