In two previous posts (here and here), I showed that Continuity of Government (COG) plans were implemented on September 11th, and I argued that it is possible that they have never been suspended.

Now, one of the top investigative journalists in the country, Larisa Alexandrovna (the lead journalist at Raw Story), says:

Remember that Continuity of Government plans — that is, the measures that go into effect in case of emergency — suspend the Constitutional form of government, cut elected officials out of the loop, and may even allow the government to tell the media what it can and cannot report.

Remember also that the entire Homeland Security Committee of the U.S. Congress has been denied access to the government’s Continuity of Government Plans even though it has clearance to view such plans (video; or here is the transcript). Indeed, a member of that Committee has said “Maybe the people who think there’s a conspiracy out there are right”. 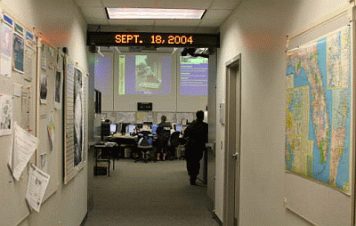 If we are in a state of emergency and COG plans are in effect, then Congress acting even more obviously like corporate and military lapdogs than normal and totally ignoring the will of the people would make sense. It would make sense that “impeachment is off the table”, because Congress would not even be sitting at the table under a non-constitutional COG form of government; and Congress certainly would not be a co-equal branch of government with the Executive branch.

If we are in a state of emergency and COG plans are in effect, then the corporate media’s acting even more obviously like the disinformation arm of the government than usual would make sense.

Given the stakes, it is vital that we demand that Congress and the White House state on the record whether or not Continuity of Government plans are currently in effect. We’re not going to make any progress on whatever issue is most important to us — peace, liberty, election integrity/vote fraud, 9/11 truth, etc. — if we are living under a COG regime and we don’t even know it.

And our strategy will be different depending on whether we are living under a COG regime or a Constitutional form of government.

We have to find out one way or another.