Description: Editors and contributors to the book, “9/11 and American Empire,” assess the Bush administration’s responsibility for the attacks on 9/11, arguing that key administration officials either purposefully ignored the threats leading up to the attacks or were complicit in the planning them. The panelists say that the administration has used the attacks to enact long established plans to expand American empire. The participants are: David Ray Griffin (co-editor/contributor), Peter Dale Scott (co-editor/contributor), Peter Phillips (contributor) and Kevin Ryan (contributor). Former CIA analyst Ray McGovern moderates the discussion. The event was hosted by Berkeley, California-based Pacifica radio station KPFA (www.kpfa.org). 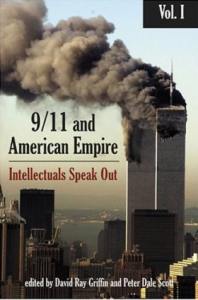 Author Bio: David Ray Griffin, professor emeritus of philosophy and theology at the Claremont School of Theology, is the author of “The New Pearl Harbor” and “The 9/11 Commission Report: Omissions and Distortions.” Peter Dale Scott, former Canadian diplomat and former professor of English at the University of California, Berkeley, is the author of “Deep Politics and the Death of JFK” and “Drugs, Oil, and War.” Peter Phillips, professor of sociology at Sonoma State University and director of the Project Censored media research program, is most recently the co-editor of “Censored 2007: The Top 25 Censored Stories” and “Impeach the President: The Case Against Bush and Cheney.” Kevin Ryan is a former site manager with Environmental Health Laboratories. Ray McGovern, a 27-year veteran of the CIA, is co-founder of Veteran Intelligence Professionals for Sanity (VIPS) and a contributor to the book “Neo-CONNED! Again.”

You can view the CSPAN coverage of this talk and other David Ray Griffin talks on Book TV here.