Home Activism Doo Wop show for a great cause 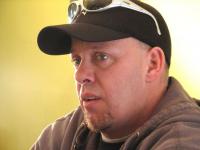 THE QUEENS COURIER/PHOTO BY CHRISTINA SANTUCCI
John Feal creator of the FealGood Foundation.

Want to hear Doo Wop artists that make you “FealGood,” and enjoy a concert designed to help many 9/11 First Responders and their families?

Friend Entertainment, Ltd., along with the FealGood Foundation, will be hosting a “Doo-Wop for the First Responders of 9/11” concert at 7:30 p.m. on Saturday, July 21 at Queens College’s Kupferberg Center for the Performing Arts/Colden Auditorium.

All of the profits from the show will go to foundations for the families of the First Responders of 9/11, said Norman Wasserman, creator of Friend Entertainment.

The concert will include performances by original Doo-Wop artists: Johnny Maestro and the Brooklyn Bridge, The Duprees, Frankie Lymon’s “Legendary” Teenagers, Jay Siegel and The Tokens, Vito Picone and The Elegants and Cleveland Still and The Dubs, according to Wasserman, who began the fund-raising organization 19 years ago.

Friend Entertainment organizes concerts for all kinds of events from New York to Las Vegas with mostly Doo-Wop and Motown acts, but this one, held at Queens College’s Colden Center is a perfect venue because of its size and its “central location” to New Jersey, Manhattan and Long Island, Wasserman explained. 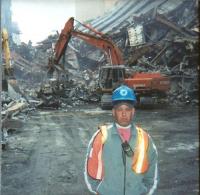 John Feal, creator of the FealGood Foundation, is the mastermind behind the First Responders Concert.

Feal was a construction worker who began demolition at the World Trade Center site on September 12. On September 17, an 8,000-pound steal beam fell on and crushed his left foot. He was hospitalized for 11 weeks and lost his foot.

“For a year, I was depressed and suicidal,” like many others who were injured at Ground Zero, Feal, explained. He tried to get worker’s comp and appealed to the 9/11 relief fund, but he was turned down.

In 2003, he decided, “To stop feeling sorry for [him]self,” and devoted his life to making sure that 9/11 victims and their families received the care that they desperately need.

“It’s time for people to help each other,” said Feal, who will also be donating a kidney to a man he met through his organization. “As a country, we took one on the chin and moved forward,” he explained, “but we cannot forget who we left behind.”

The FealGood Foundation, a non-profit organization Feal created to educate the public about the health effects of 9/11 First Responders, and gives 100 percent of their donations to First Responders to victims and their families, was born out of that determination to help others.

First Responders are anyone that was at Ground Zero, said Feal, “cops, firefighters, EMS, EMT, even civilians that were effected by 9/11 – we don’t discriminate.

“This is no way for heroes to be treated,” he said of the men and women who worked tirelessly at Ground Zero – many even giving their lives.

Feal contacted Wasserman about the concert, he explained, as a way for the organization to “step it up a notch and make it bigger,” to help all who were affected. Along with other apparel, the foundation will also be selling limited edition Doo-Wop t-shirts on its web site, www.fealgoodfoundation.com.

“We’re at 6 years, and its catastrophic now,” he explained of the problems 9/11 victims and their families deal with, and of the lack of help they receive. “Usually fundraising is a lot smaller,” he said about the organization. “We wanted to help on a bigger scale.”

Feal plans to hold another concert in December, and next year make them a more regular event.