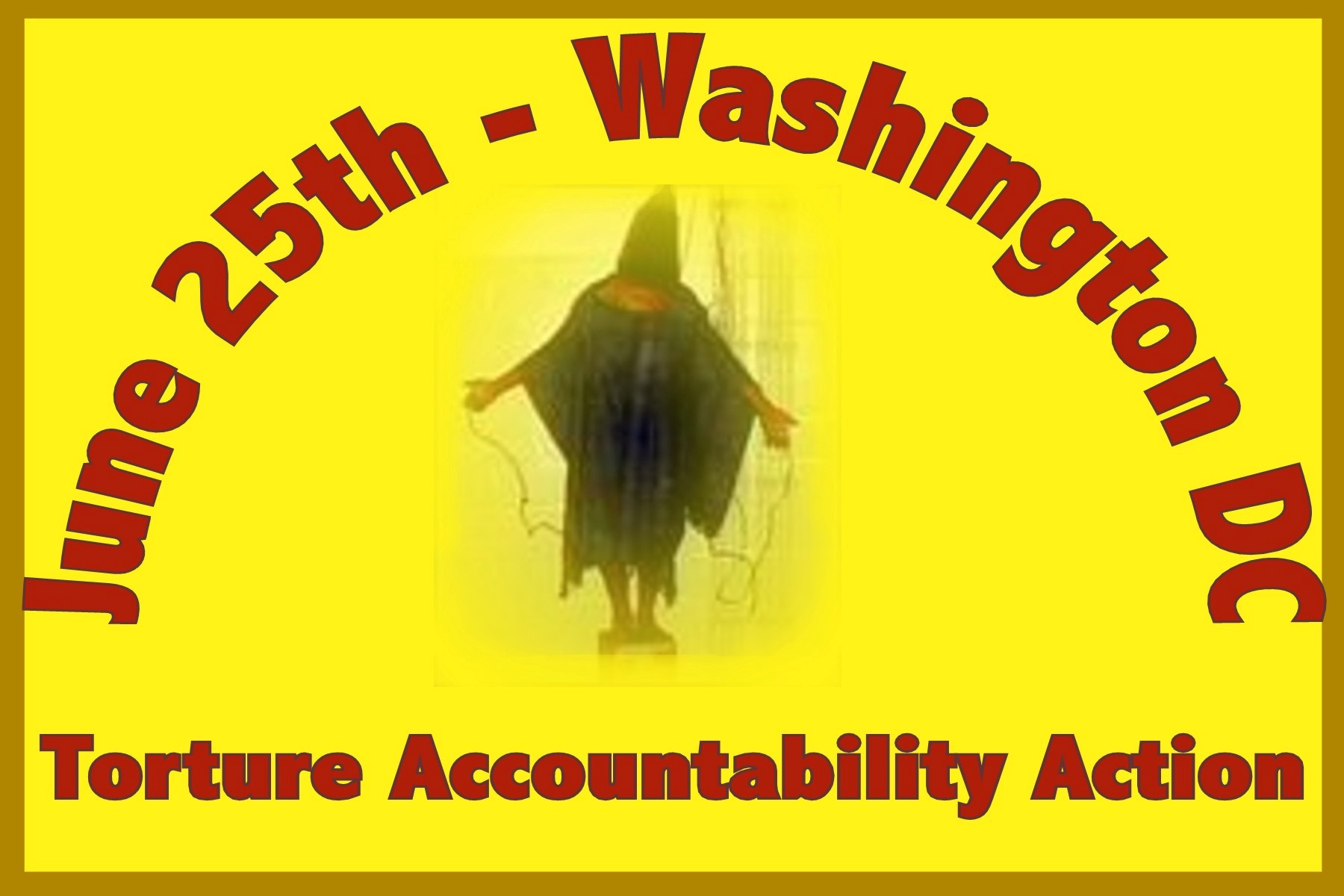 The highest officials in our government have trampled on our traditional ideals of making America a nation of laws, not of men, by illegally narrowing the scope of torture and authorizing waterboarding, walling and other inhumane interrogation
techniques. In doing so, they violated the Anti-Torture Act, the War Crimes Act, the Geneva Conventions, the Universal Declaration of Human Rights, and the Convention Against Torture and other Cruel, Inhuman and Degrading Treatment.

In order to enforce our laws and restore the free society that our forefathers envisioned, citizens must demand  accountability for abuses of the laws pertaining to torture. In the tradition of the Civil Rights movement, change will not occur unless citizens stand up for their rights under the law.

On June 25th join us for an international day of demonstration demanding accountability for torture
in Washington, D.C. and across the country, to prosecute those responsible for torture. In Washington D.C. we have tabling starting at 9, speakers and a rally from 11 to 12 in John Marshall Park, 501 Pennsylvania Ave NW, then a march to the Department of Justice. (Find other events across the US here. (Washington, D.C., San Francisco, Pasadena, CA, Boston, MA, Salt Lake City, UT, Tampa Bay, FL, Portland, OR, Bryn Mawr, PA, Seattle, WA, Las Vegas, NV, Honolulu, HI, Anchorage, AK)