Washington, DC — The U.S. Environmental Protection Agency is ordering
its staff to “not respond to questions or make any statements” if
contacted by congressional investigators, reporters or even by its own Office
of Inspector General, according to documents released today by Public Employees
for Environmental Responsibility (PEER). The order reinforces a growing bunker
mentality within an EPA that is the subject of a growing number of probes into
political interference with agency operations. 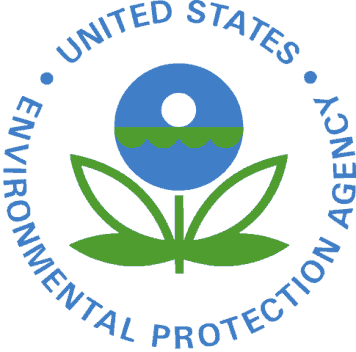 In a June 16, 2008 e-mail distributed throughout EPA’s Office of Enforcement
and Compliance Assurance, managers were asked to “remind your staff”
to comply with “these important procedures.” These procedures forbid
staff from speaking with any reporters or representatives of the Government
Accountability Office or the EPA Inspector General (IG). If contacted, EPA employees
are not supposed to say anything but are to immediately refer the person to
a designated public affairs official.

“Inside the current EPA, candor has become the cardinal sin,” stated
PEER Executive Director Jeff Ruch, noting that while this directive is of questionable
legality, an agency specialist risks discipline or even termination for disregarding
a direct order. “The clear intention behind this move is to chill the
cubicles by suppressing any uncontrolled release of information.”

By way of justification, EPA’s Office of Public Affairs defends the order
as “standard operating procedures” to promote efficiency and consistency
in responding to official investigations. That office also contends this “procedure
was developed in part to respond to a recent IG report” entitled “EPA
Can Improve its Oversight of Audit Followup” issued in May 2007.

That cited IG report, however, makes no such recommendation and is primarily
about how EPA lacks an accountability system for correcting admitted deficiencies
identified in previous IG audits. Moreover, the cited audit has absolutely nothing
to do with reporters or the Congressional GAO.

An additional concern is that the directive may illegally obstruct IG or GAO
investigations. Although the EPA Public Affairs claims that the IG “signed
off on” the gag order it has not offered written confirmation of that
approval. Moreover, an inquiry to the EPA IG General Counsel as to the propriety
of this directive has gone unanswered. Currently, the EPA Inspector General
position is vacant.

Today, EPA is the target of intense scrutiny, including congressional attempts
to subpoena agency files. Following increasingly contentious hearings, Administrator
Johnson has even refused to appear before a Senate committee. By contrast, 25
years ago EPA Administrator William Ruckelshaus proclaimed that —

“EPA would operate ‘in a fishbowl’. We will attempt to communicate
with everyone … as openly as possible.”

While this 1983 Ruckelshaus “fishbowl” policy was never rescinded,
it no longer reflects agency practice.

“Ironically, EPA has brought a lot of these congressional hearings on
itself by not being open,” added Ruch, questioning the need for such secrecy
at a public health agency. “Fortunately, non-disclosure policies do not
work very well as evidenced by the robust traffic in these leaked e-mails.”

See the EPA rationale for the order

Compare the open “Fish Bowl” policy of the past