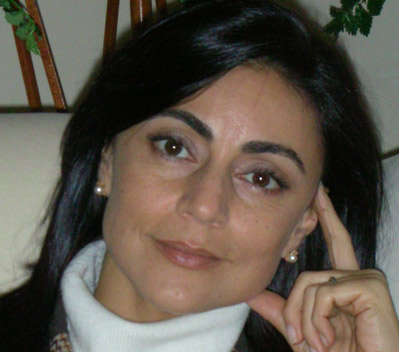 After seven years of forced silence, a government whistleblower is opening up on what she learned while working as a Turkish translator for the FBI in the wake of 9/11.

In sworn testimony to attorneys on Aug. 8, Sibel Edmonds described a Pentagon where key personnel helped pass defense secrets to foreign agents or provided them names of knowledgeable officials who were vulnerable to blackmail or co-option.

And firmly rooted in this espionage program in the 1990s, according to Edmonds’ deposition, were two men who, with the election of George W. Bush as president in 2000, found themselves in the Pentagon: Douglas Feith, who would head the Office of Special Plans, and Richard Perle, who would become chairman of the Defense Advisory Board.

“They were 100 percent directly involved,” Edmonds told Military.com. “They were not in the Pentagon [in the late 1990s] but they had their people inside the Pentagon.” One of those people, she said, was Larry Franklin, an Air Force officer assigned to the Office of Special Plans who, in 2003, passed classified information to representatives of the American Israel Public Affairs Office, or AIPAC. By then Feith was leading the OSP.

Edmonds cautioned that she does not know if these practices are continuing, since she was fired by the FBI in April 2002 after pressing for an investigation into an attempt by a colleague to recruit her for an organization that was itself a target of FBI surveillance.

Perle, today a fellow at the American Enterprise Institute and board member for or adviser to other think tanks, including the National Institute for Neareast Affairs and the Center for Security Policy, emphatically denied Edmonds’ claims in an interview with Military.com.

“This woman is a nutcase. Certifiable,” Perle said. “She makes wild accusations. She was fired from her job, and has been on a vendetta against … imagined demons ever since.”

Feith, in an email to Military.com, said: “What I’ve read on the Internet about Ms. Edmonds’s claims about me is wildly false and bizarre.”

Defense Department spokesman Lt. Col. Eric Butterbaugh declined comment, saying any investigation into such allegations would be carried out by the FBI. An FBI spokesman said the bureau’s policy is not to confirm or deny the existence of an investigation.

Edmonds, who has degrees from George Washington University and George Mason University, speaks Turkish, Farsi, and Azerbaijani. She got into the world of FBI investigations and counter-intelligence after 9/11, when the FBI contacted her about coming to work as a Turkish translator. In short order she was on the job and translating documents going as far back as the mid-90s, as well as assisting special agents in the field who were monitoring both “foreign entities” and the public officials linked to them.

But not long after she joined the bureau another Turkish translator came on board — Malec Can Dickerson. And in December 2001 Dickerson and her husband, Douglas, then an Air Force major, tried to recruit her to join American Turkish Council — an organization that was actually being monitored by the FBI. Also, according to Edmonds, Douglas Dickerson had previously worked with Grossman in Turkey and, though assigned to the Defense Intelligence Agency, was working for Feith’s OSP and also as a coordinator with the State Department on the Turkey Republics in Central Asia.

Edmonds reported the attempted recruitment, but no action was taken. She said she soon found evidence that Malec Can Dickerson included false information on her FBI job application. Again, no response from officials, she said.

When the FBI finally did act, in March 2002, it was to fire her. When she appealed her termination and eventually sued, the Justice Department, then under John Ashcroft, invoked a “state’s secret’ privilege to prevent her from talking about what she knew. When Sens. Patrick Leahy, D-Vt., and Charles Grassley, R-Iowa, looked into her case and found it credible, Ashcroft invoked the same gag order on them.

The Justice Department’s own Inspector General’s report was barred from release by Ashcroft, though when an unclassified version finally became available in 2005 it concluded that “many of Edmonds’s core allegations relating to the co-worker [Malec Can Dickerson] had some basis in fact and were supported by either documentary evidence or witnesses other than Edmonds.” And though the Justice Department’s IG found the evidence didn’t prove that the co-worker had disclosed classified information, it said the FBI should have investigated the claims more thoroughly.

Since being fired, Edmonds founded the National Security Whistleblowers Coalition, made up of current or former federal employees or contractors who have exposed waste, and abuse in government operations.

Edmonds made her testimony in connection with a complaint filed with the Ohio Elections Commission by U.S. Rep. Jean Schmidt, R-Ohio, against her 2008 opponent, David Krikorian. Krikorian, who ran as an independent, claimed in a political ad that Schmidt took “blood money” from the Turkish government to deny the Armenian Holocaust at the hands of the Ottoman Turks in the first part of the 20th century. Krikorian’s lawyers wanted Edmonds to testify about pressure that Turkish lobbyists have brought to bear in the U.S. to keep politicians from discussing the attempted genocide.

Earlier this month the commission concluded that Krikorian’s “blood money” allegation showed a reckless disregard for the truth, since there was no evidence that money donated to Schmidt by a Turkish-American political action committee came from the Turkish government, according to a report by The Associated Press.

The commission did not make any findings regarding Edmonds’ testimony.

One of Edmonds’ believers is John M. Cole, a former FBI counterintelligence analyst and author of “While America Sleeps: An FBI Whistleblower’s Story.” Cole, who worked for the bureau 18 years and now works for the Defense Intelligence Agency at Offutt Air Force Base, Neb., said the pattern of espionage described by Edmonds is familiar to him.

“In the 1990s I was responsible for Western Europe and Israel [counterintelligence cases],” Cole told Military.com. “We did have ongoing investigations of officials in the State Department and also the Department of Defense.” And he said cases did extend outside the Pentagon, to various Air Force Bases and the RAND Corp. — something Edmonds also stated in her testimony.

Cole said he could not identify the people investigated or detail the cases, nor could he say whether anyone named by Edmonds figured into any of his cases.

After seven years of silence, Edmonds said she was glad to be able to finally divulge some of what she had been forced to keep in, but she doubted any government agency would seriously pursue her claims. There is no indication the current Justice Department is reopening an investigation, she said, and neither politicians nor mainstream media have shown an interest.

“I did it [testified] under oath,” she said. “I have a very successful financial life, I’ve been married 18 years. I have a family, I have a daughter, I have lot to lose. I’d have to be either mentally insane or someone who doesn’t have anything to lose, [who] just makes allegations and lies under oath,” to claim these things if they were not true.

Edmonds claims that much of the Pentagon information found its way into the hands of both Israeli and Turkish operatives through the State Department, courtesy of Marc Grossman, then assistant secretary of state for political affairs, the third-highest ranking member at State. As she described in her Aug. 8 testimony, “certain people from Pentagon would send a list of individuals with access to sensitive data, whether weapons technology or nuclear technology, and this information would include all their sexual preference, how much they owed on their homes, if they have gambling issues, and [Grossman] would provide it to these foreign operatives, and those foreign operatives would go and hook those Pentagon people.”

Robert S. Tyrer, co-president of The Cohen Group, a Washington lobbying firm where Grossman is now a vice chairman, told Military.com in an email that Edmonds’ allegations against the former ambassador “are completely untrue and ludicrous.”

According to Edmonds, those sought out by Turkish and Israeli agents might actually be working outside the Pentagon. As a result, she testified, the foreign operatives managed to put on their payroll individuals “on almost every major nuclear facility in the United States, RAND Corporation and … various Air Force labs that develop certain weapons technology.”

And the Defense Department wasn’t the only power center targeted by foreign agents and their U.S. helpers, she says. On Capitol Hill, she said, the late congressman Rep. Tom Lantos, D-Calif., disclosed “highest level” intelligence and weapons technology to both Israel and Turkey.

The foreign operatives, themselves, Edmonds told Military.com, were motivated by both nationalism and profit. After providing Israeli or Turkish interests with what they wanted from pilfered secrets, she said, they might offer what was left to the highest bidder.

“There is a black market for everything, including for nuclear-related information, weapons technology,” she told Military.com. “Of course some of these people [operatives] are ‘double-dipping.'”