Washington, D.C. April 10, 2012 — Today, the National Whistleblowers Center (NWC) revealed that the FBI required employees to sign employment contracts that are illegal under Federal law. The NWC launched the investigation in response to a nearly year long campaign by the FBI to prevent the publication of whistleblower Sibel Edmonds’ new book, “Classified Woman: The Sibel Edmonds Story”. 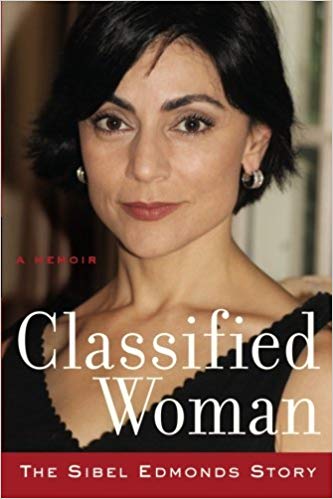 On April 26, 2011, Ms. Edmonds followed official procedure and submitted her manuscript to the FBI for pre-publication clearance. Under the terms of her employment agreement and controlling regulations, the FBI was required to review and approve the submission within thirty (30) days. Instead of complying with the law, the FBI intentionally stalled the approval process for over 341 days and has still refused to “clear” the book for publication.

Ms. Edmonds will speak today for the first time about the FBI’s attempts to suppress her book. The interview will be aired live at 1:30pm ET on Honesty Without Fear, and the podcast will also be available for download.

The NWC is also releasing documentation confirming that the FBI required employees, including Ms. Edmonds, to sign the illegal contracts that allowed the FBI to censor issues of “public policy” it found embarrassing. According to Ms. Edmonds attorney, Stephen M. Kohn, “the controlling law strictly limits government’s ability to censor its employees. Agencies like the FBI may require pre-publication review of its employees’ writings, but may only censor classified or secret information. The government may not censor books or other writings on ‘policy’ grounds. The FBI’s employment contract with Ms. Edmonds is overreaching and illegal”

Additional documents demonstrate that the agency acted illegally to prevent Ms. Edmonds from publishing a manuscript that might embarrass the agency.

The book in question, Classified Woman: The Sibel Edmonds Story, discusses Ms. Edmonds’s experience as an FBI Language Specialist who discovered and blew the whistle on serious security breaches and cover-ups at the Washington Field Office. The FBI fired Ms. Edmonds for making protected disclosures about the misconduct she observed and later invoked the “state’s secret” privilege to suppress her story.

An independent investigation by the Department of Justice Office of Inspector General confirmed her allegations and the illegality of her termination. However, the Bush administration invoked the state secrets privilege in 2002 in order to have Ms. Edmonds’ whistleblower claims dismissed and to protect the government from embarrassment.

In recognition of her work to expose intelligence failures, Ms. Edmonds received the 2006 First Amendment Award, presented by the PEN American Center and Newman’s Own.

Stephen M. Kohn, Executive Director of the National Whistleblowers Center, also stated:
The FBI must stop harassing Sibel Edmonds. The law is crystal clear on the government’s ability to censor federal employees and contractors. When reviewing their writings, the government has the single ability to strike classified or secret information. The government may not censor a book based on “policy” Here, the FBI has invented new powers for itself, violating the Constitution. Congress should investigate all employment agreements drafted by the FBI to ensure that they are legal and not designed to censor speech protected under the First Amendment.
To schedule interviews with Ms. Edmonds and/or her attorney please contact Lindsey Williams at lmw [at} whistleblowers.org.

WASHINGTON (AP) — A lawyer for FBI whistle-blower Sibel Edmonds said
Tuesday the bureau’s prepublication review office has adopted overly expansive
restrictions that are preventing Edmonds from publishing a book about her life
at the FBI.

Edmonds, once a contract linguist at the bureau, was fired a decade ago after
complaining to FBI managers about shoddy wiretap translations and alleging that
an interpreter with a relative at a foreign embassy might have compromised national
security by blocking translations in some cases and notifying targets of FBI
surveillance.

Edmonds sued for unlawful termination, but Attorney General John Ashcroft stopped
her lawsuit by invoking the state secrets privilege. He said her claims might
expose government secrets that could damage national security.

Attorney Stephen Kohn said his client’s book, “Classified Woman: The Sibel
Edmonds Story,” contains no classified information, yet has been under
review by the bureau for the past year. Bureau regulations promise reviews will
take only 30 working days. In all, reviews can cover a dozen different factors,
which may significantly delay the 30-day limit, said FBI spokesman Paul Bresson.

Kohn said the bureau’s interpretation of its legal responsibility has gone
far beyond classified information.

The lawyer cites language in a Feb. 7 FBI letter that says the matters Edmonds
writes about involve “many equities, some of which may implicate information
that is classified.” Kohn also cites a non-disclosure agreement Edmonds
signed that says the agreement is intended to prevent disclosure that would
be “contrary to the law, regulation or public policy.”

In response, the bureau’s public affairs office pointed to the FBI website,
which says the job of the bureau’s prepublication review office is to ensure
that FBI personnel safeguard “sensitive and classified information”
from unauthorized disclosure. The website says the obligation to safeguard is
based on “statutes, regulations, access and employment agreements, contractual
clauses and the fiduciary relationships into which employees or contractor personnel
enter.”

Kohn says there are numerous court decisions which have held that prepublication
review only can be used for secret and classified information.

“What this says is that Sibel Edmonds — and possibly countless other
thousands of FBI employees and contractors — sign an agreement to have
documentation censored if the FBI director thinks it’s contrary to public policy,”
said Kohn.