The cloud of uncertainty on health care coverage for 9/11 first responders and survivors has been removed. This is the best Christmas present for those in need.

I’m ecstatic for those who will benefit from this bill, but we all know Congress should have done this a lot sooner. Let’s be honest. It took too long for politicians to respond, and American heroes died.

We did everything the politicians asked us to do and they still didn’t act when they had prior opportunities to do the right thing. I’m angry about how business is done in DC. There’s a disconnect between the members of Congress and real people who need help.

I’ll never apologize for the tactics we used calling out members of Congress in their offices and in the halls of Congressional buildings.

A lot of people came together to make this happen. There are too many people to list. But the point is, we did this together. It’s our story to tell. And we thank you for your support.

Here are more developments. We are getting close, but are not there yet. Keep contacting your members of Congress.

Last night Jon Stewart took his unique approach to The Late Show with Stephen Colbert to talk about the Zadroga Act. Watch it and share.

Also, I found out a student at Miami University in Ohio is asking the school to ban Speaker Paul Ryan from campus if he does not pass the Zadroga Act.

The petition says “Sign this petition if you believe Miami University should no longer invite House Speaker Paul Ryan back on campus for events and should no longer, as prominantly acknowledge him as a honorable alumi, if he doesn’t take action to get this bill passed.” You can read it and sign here. https://www.change.org/p/miami-university-president-david-hodge-ban-paul-ryan-from-miami-university-events-if-he-doesn-t-help-pass-the-zadroga-renewal-act

Thanks. We are not there yet. Keep up the pressure! 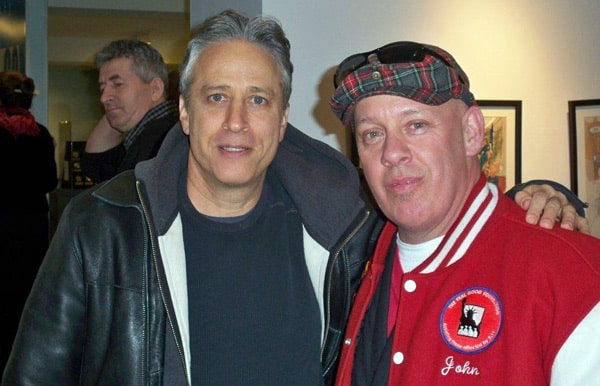 Below is a video from September, 2105 of Jon Stewart with first responders advocating in DC:

FNN: Jon Stewart is fighting for 9/11 healthcare for first responders