According to a Freedom of Information Act reply from the U.S. Bureau of Transportation Statistics (BTS), the last known pre-9/11 flights for three of the four aircraft involved in the terrorist attacks of September 11, 2001 took place in December, 2000, nine months before the attacks, while no pre-9/11 final flight information was provided for American Airlines flight 77 (N644AA).

However, a discovered searchable online BTS database produces the following search results for three of the four 9/11 aircraft on September 10, 2001: 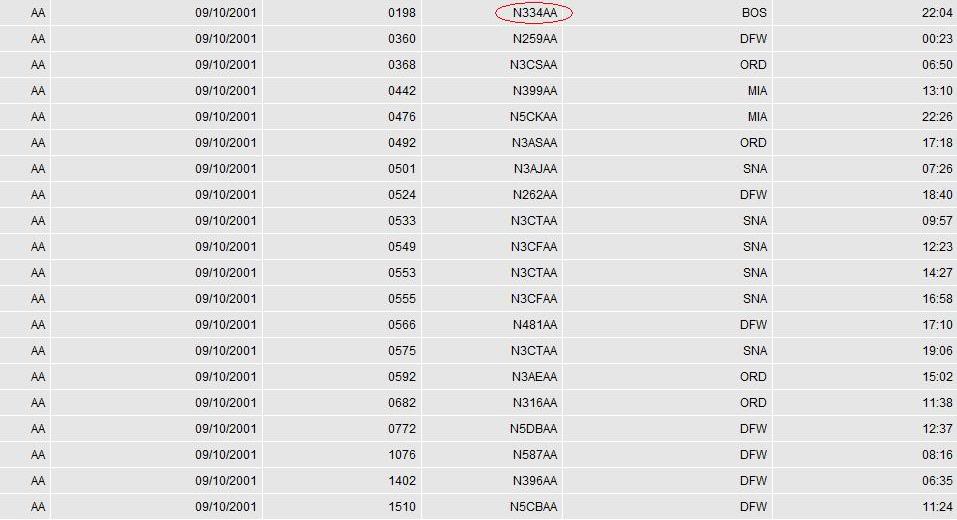 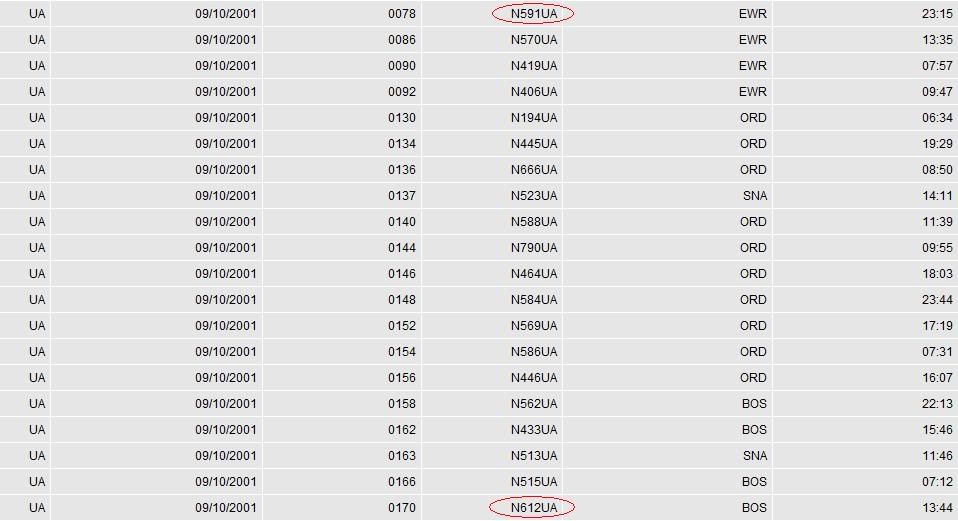