Why was the cashing out of billions of dollars just before the 9/11 attacks never investigated?

It’s been over six years since 9/11, but U.S. regulatory entities have been slow to follow through with reports about the complex financial transactions that occurred just prior to and following the attacks. Such research could shed light on such questions as who was behind them—and who benefited—and could help lay to rest the rumors that have been festering.

Warning bells about anomalies in the fiscal sector were sounded in the summer of 2001, but not heeded. Among those who has since raised questions was Bill Bergman. As a financial market analyst for the Federal Reserve, he was assigned in 2003 to review the record of July and August of 2001. He noticed an unusual surge in the currency component of the M1 money supply (cash circulating outside of banks) during that period. The surge totaled over $5 billion above the norm for a two-month increase. The increase in August alone was the third largest single monthly increase since 1947, even after a significantly above-average month in July. 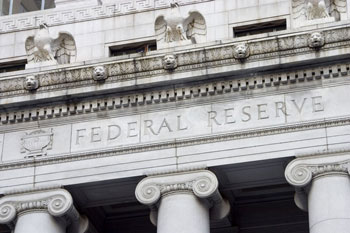 When reviewing the record of July and August of 2001, Bill Bergman noticed a $5 billion surge in the currency component of the M1 money supply—the third largest such increase since 1947. Bergman asked about this anomaly—and was removed from his investigative duties. Surges in the currency component of M1 are often the result of people withdrawing their cash to protect themselves lest some anticipated disaster (such as Y2K) befall the economy. In January of 1991 a surge was recorded (the then second-largest since ’47), which could be attributed to “war-time hoarding” before the Iraq I invasion, but could also be attributed to financial maneuverings and liquefying of assets relating to the BCCI enforcement proceedings.

Bergman points out that the August 2001 withdrawals may have been, to a large extent, caused by the Argentinian banking crisis that was occurring at the time. However, he raises the point that no explanation has yet fully answered the important question: Why was the cashing out of billions of dollars just before the 9/11 attacks never investigated? It’s possible that the answer to this question is also the answer to the other follow-the-money questions surrounding 9/11; and despite an embarrassing heap of evidence, neither the press, nor Congress, nor any agency with investigative responsibility has done its job on our behalf. On the contrary, their inaction might reasonably be construed as a cover-up.

Bergman “followed the money,” including developing a framework for working with money-laundering data and “suspicious activity” reports for monitoring and investigating terrorism. The questions he asked about what happened during the summer of 2001 should have led to investigations, which should have resulted in the prosecution of those with foreknowledge of the attacks.

Those who follow the history of the 9/11 fact-finding movement know that there is a laundry-list of unanswered questions that are just as compelling as those put forth by Bergman. And there is also a laundry-list of whistle-blowers who have been fired and subsequently ignored. So it is not at all surprising that Bergman was removed from his investigative duties, and that his concerns were not publicly addressed.

Bergman’s supervisor instructed him follow up on an unanswered question he had raised pertaining to an August 2, 2001 letter from the Board of Governors of the Federal Reserve to the 12 Reserve Banks. This letter urged scrutiny of suspicious activity reports. Bergman learned of the pervasiveness of the warnings of the 9/11 attacks, and wondered how thoroughly these warnings had permeated the financial system.

In this capacity as Federal Reserve investigative point-man, and with his money-laundering portfolio being guided by his supervisor’s directive, he asked the Board why they had issued their August 2, 2001 directive, and whether this related to any heightened intelligence of a terrorist threat. His position was then eliminated, and a crucial investigation was terminated before it could even begin. Another 9/11 Commission Misrepresentation

Footnote 28 of the Staff Monograph on Terrorist Financing from the official 9/11 Commission Report states that the National Money-laundering Strategy Report for 2001 “didn’t mention terrorist financing in any of its 50 pages.”

True? No. The NMLS Report mentions it 17 times. One gets the impression that the commission staff (under Philip Zelikow) was trying to paint the picture that there wasn’t a lot of co-operation between those involved in counterterrorism and the banking regulators in 2001. Why do they paint this picture, inasmuch as the contrary is the case? In fact, anti-terrorism was an important element of the National Money Strategy, and it was included and emphasized in its Report annually. It may have been part of the reason why the August 2, 2001 letter urging scrutiny of suspicious activity reports was issued in the first place.

In turn, the billions in currency shipments of July and August 2001 are completely omitted in the 9/11 Commission Report. I make bold to point out that the official story-line is that the attacks were accomplished by “the evil-doers” on a shoe-string budget with little money changing hands. Therefore, according to Zelikow et al., it is pointless to look at large flows of money in an investigation of the attacks. That makes perfect sense—unless you happen to have a brain.

To state the obvious, there are two reasons why Zelikow et al. made the false statement regarding there having been no references to terrorism in the National Money-laundering Strategy Report. One reason could be to justify and encourage more scrutiny (legal or otherwise) of small transactions generally, e.g. via USAPA, and the other could be to establish (read: invent) a reason for missing the evidence pertaining to the attacks. (‘Transactions too small. No one could find.’) And since the real money trail points to foreknowledge within the financial community at large, and, possibly, the Federal Reserve specifically, the “low-budget terrorism” story-line that the 9/11 Commission had established needed to be protected.

If such a lack of attentiveness to a financial transaction of $5 billion goes unnoticed in August 2001, then a reason had to be established for this lack of attention. And Bergman’s attentiveness to the Board of Governor’s August 2 letter was the fly in the ointment, as this letter proves that the Board was indeed attentive to suspicious transactions, even very, very large ones. Bergman’s question of “Why” is therefore key to yet another avenue of inquiry. All the News that’s Permissible to Print

With this in mind, we suggest that the reader follow the story of Mark Siljander (major coverage) on the one hand, and also follow the Times UK reports from Sibel Edmonds (verboten in the US mainstream press) on the other hand. Edmonds told me recently of the major foreign media outlets that had offered to report her story. Not one major outlet did so in the US. R.T. Naylor suggests, in his wonderful book Satanic Purses, that any major terrorist event that involves a lot of money is ‘state terrorism,’ and this is independently confirmed by Sibel Edmonds’ statements as to the enormous sums changing hands at the time of the 9/11 attacks. I suggest that her testimony to the Senate Intelligence Committee (Leahy and Grassley) gave the lie to the official financial myth of 9/11. If Bergman had been allowed to continue his investigation, I suggest that he would have uncovered the same thing. Note that the drug money and other illicit transactions described by Edmonds occurred during the same time period, and the amounts in the billions are comparable. The Law

To members of the constabulary: the operable statutes are 1) The 1970 Bank Secrecy Act that imposed new financial reporting requirements to facilitate the tracing of questionable transactions and 2) the 1986 Money Laundering Control Act that criminalized the act of money-laundering. Also operable, and of particular relevance in a historical context, is the 1917 Trading With the Enemy Act that was relied upon in October of 1942 to seize the assets of “Hitler’s Bankers in America,” Union Banking, (involving bank vice president Prescott Bush under his father-in-law and bank president, George Walker).

The law is not always followed, and the required “currency transaction reports” are sometimes not filed. The 9/11 Commission Report and the National Money-laundering Strategy Report for 2001 did not identify those who are involved with large cash transactions. Had the paperwork been done in August of 2001, or an investigation done into the crime of failing to file the “currency transaction reports,” then we would know who made the cash withdrawals in $100 bills amounting to the $5 billion surge.

Information about what transpired took years to develop after the fact. For example, the Federal Reserve fined United Bank of Switzerland and Riggs Bank in 2004.

Mr. Bergman states that he doesn’t want to be a dog barking up the wrong tree, but the authorities, apparently under orders from our top officials, are preventing a standard investigation and the most obvious prosecutorial methodology from going forth.

Congress could step in; a prosecutor could step up. But don’t hold your breath.

Jim Hogue, a former teacher, is now an actor who tours his performance of Ethan Allen. He also operates a small farm in Calais, VT. His seminal articles about Sibel Edmonds and CIA Whistleblower “Miss Moneypenny” may be found in this newspaper’s archives.

Bill Bergman currently works in Chicago as an equity analyst for a private sector firm. From 1998 to 2004 he was a senior financial market analyst for the Federal Reserve Bank of Chicago, where his areas of expertise included Insolvency Issues in Derivatives Markets, Money Laundering, and Ethics and Payment System Policy. He holds an M.B.A. in Finance and an M.A. in Public Policy from the University of Chicago.