A US military intelligence team code-named “Able Danger” identified Mohamed Atta and three other alleged 9/11 hijackers as potential terrorists in the summer of 2000, at a time when Atta was living in Florida, according to yesterday’s New York Times .

But the Times story obscures at least as much as it reveals.

The Times calls yesterday’s revelation “the first assertion that Mr. Atta… was identified by any American government agency as a potential threat before the Sept. 11 attacks.” In fact, such assertions date back to German press reports of September 2001 and October 2002, when several German newspapers reported that the CIA had Atta under observation during the first six months of 2000, while he was still living in Germany.

According to the German reports of Sept. 2001, the CIA in 2000 watched as Atta “bought chemicals” in Frankfurt and later tracked him to Berlin, where he received an entry visa from the US consulate in May 2000.

(According to official US timelines of his activities, Atta entered the United States for the first time in June 2000, although witness accounts reported in local papers after 9/11 place him in Florida months earlier.)

The CIA did not inform German authorities about its surveillance of Atta on their soil in 2000, and the Germans learned about it only after the 9/11/01 attacks. The German authorities themselves also tracked the activities of Atta and the “Hamburg Cell” at least as far back as 1999, when they provided the CIA with the cell-phone number of Marwan al-Shehhi, the alleged kamikaze pilot of UA 175.

The Mossad apparently was also on the trail of Atta and Shehhi after they had entered the United States. The Israeli intelligence agency provided their names to US authorities in August 2001 as part of a list of 19 potential terrorists preparing an attack on the United States, according to German press reports.

These fragments indicate that Atta and his associates attracted the attention of intelligence agencies from several countries, and were under observation by US authorities at various times starting in 2000 at the latest, both in Germany and in the United States.

The Times article only raises new questions: Why is this story only making the papers now, long after the supposedly exhaustive accounting in The 9/11 Commission Report ? Was “Able Danger” the only US agency surveillance of Atta while he was in the United States? Do we (or the Times ) really know when the CIA’s earlier surveillance of Atta came to an end, why it “failed” to uncover Atta’s alleged planning of the 9/11 plot, or what its true purposes were?

English translations of German press reports on CIA surveillance of the “Hamburg Cell” and Mossad observation of Atta in Florida are available here: summeroftruth.org/atta.html

We are archiving yesterday’s article from the New York Times in this space under “fair use” provisions, solely for non-commercial information purposes.

WASHINGTON, Aug. 8 – More than a year before the Sept. 11 attacks, a small, highly classified military intelligence unit identified Mohammed Atta and three other future hijackers as likely members of a cell of Al Qaeda operating in the United States, according to a former defense intelligence official and a Republican member of Congress.

In the summer of 2000, the military team, known as Able Danger, prepared a chart that included visa photographs of the four men and recommended to the military’s Special Operations Command that the information be shared with the Federal Bureau of Investigation, the congressman, Representative Curt Weldon of Pennsylvania, and the former intelligence official said Monday.

The recommendation was rejected and the information was not shared, they said, apparently at least in part because Mr. Atta, and the others were in the United States on valid entry visas. Under American law, United States citizens and green-card holders may not be singled out in intelligence-collection operations by the military or intelligence agencies. That protection does not extend to visa holders, but Mr. Weldon and the former intelligence official said it might have reinforced a sense of discomfort common before Sept. 11 about sharing intelligence information with a law enforcement agency.

A former spokesman for the Sept. 11 commission, Al Felzenberg, confirmed that members of its staff, including Philip Zelikow, the executive director, were told about the program on an overseas trip in October 2003 that included stops in Afghanistan and Pakistan. But Mr. Felzenberg said the briefers did not mention Mr. Atta’s name.

The report produced by the commission last year does not mention the episode. 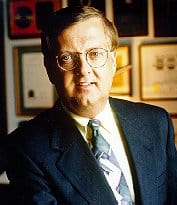 Mr. Weldon first spoke publicly about the episode in June, in a little-noticed speech on the House floor and in an interview with The Times-Herald in Norristown, Pa. The matter resurfaced on Monday in a report by GSN: Government Security News, which is published every two weeks and covers domestic-security issues. The GSN report was based on accounts provided by Mr. Weldon and the same former intelligence official, who was interviewed on Monday by The New York Times in Mr. Weldon’s office.

In a telephone interview from his home in Pennsylvania, Mr. Weldon said he was basing his assertions on similar ones by at least three other former intelligence officers with direct knowledge of the project, and said that some had first called the episode to his attention shortly after the attacks of Sept. 11, 2001.

The account is the first assertion that Mr. Atta, an Egyptian who became the lead hijacker in the plot, was identified by any American government agency as a potential threat before the Sept. 11 attacks. Among the 19 hijackers, only Khalid al-Mihdhar and Nawaf al-Hazmi had been identified as potential threats by the Central Intelligence Agency before the summer of 2000, and information about them was not provided to the F.B.I. until the spring of 2001.

Mr. Weldon has long been a champion of the kind of data-mining analysis that was the basis for the work of the Able Danger team.

The former intelligence official spoke on the condition of anonymity, saying he did not want to jeopardize political support and the possible financing for future data-mining operations by speaking publicly. He said the team had been established by the Special Operations Command in 1999, under a classified directive issued by Gen. Hugh Shelton, then the chairman of the Joint Chiefs of Staff, to assemble information about Al Qaeda networks around the world.

He said that he delivered the chart in summer 2000 to the Special Operations Command headquarters in Tampa, Fla., and said that it had been based on information from unclassified sources and government records, including those of the Immigration and Naturalization Service.

“We knew these were bad guys, and we wanted to do something about them,” the former intelligence official said.

The unit, which relied heavily on data-mining techniques, was modeled after those first established by Army intelligence at the Land Information Warfare Assessment Center, now known as the Information Dominance Center, at Fort Belvoir, Va., the official said.

Mr. Weldon is an outspoken figure who is a vice chairman of both the House Armed Services Committee and the House Homeland Security Committee. He said he had recognized the significance of the episode only recently, when he contacted members of the military intelligence team as part of research for his book, “Countdown to Terror: The Top-Secret Information That Could Prevent the Next Terrorist Attack on America and How the C.I.A. Has Ignored It.”

Mr. Weldon’s book prompted one veteran C.I.A. case officer to strongly dispute the reliability of one Iranian source cited in the book, saying the Iranian “was a waste of my time and resources.”

Mr. Weldon said that he had discussed the Able Danger episode with Representative Peter Hoekstra, the Michigan Republican who is chairman of the House Intelligence Committee, and that at least two Congressional committees were looking into the episode.

In the interview on Monday, Mr. Weldon said he had been aware of the episode since shortly after the Sept. 11 attack, when members of the team first brought it to his attention. He said he had told Stephen J. Hadley, then the deputy national security adviser, about it in a conversation in September or October 2001, and had been surprised when the Sept. 11 commission report made no mention of the operation.

Col. Samuel Taylor, a spokesman for the military’s Special Operations Command, said no one at the command now had any knowledge of the Able Danger program, its mission or its findings. If the program existed, Colonel Taylor said, it was probably a highly classified “special access program” on which only a few military personnel would have been briefed.

During the interview in Mr. Weldon’s office, the former defense intelligence official showed a floor-sized chart depicting Al Qaeda networks around the world that he said was a larger, more detailed version similar to the one prepared by the Able Danger team in the summer of 2000.

He said the original chart, like the new one, had included the names and photographs of Mr. Atta and Marwan al-Shehhi, as well as Mr. Mihdhar and Mr. Hazmi, who were identified as members of what was described as an American-based “Brooklyn” cell, as one of five such Al Qaeda cells around the world.

The official said the link to Brooklyn was meant as a term of art rather than to be interpreted literally, saying that the unit had produced no firm evidence linking the men to the borough of New York City but that a computer analysis seeking to establish patterns in links between the four men had found that “the software put them all together in Brooklyn.”

According to the commission report, Mr. Mihdhar and Mr. Hazmi were first identified in late 1999 or 2000 by the C.I.A. as Qaeda members who might be involved in a terrorist operation. They were tracked from Yemen to Malaysia before their trail was lost in Thailand. Neither man was put on a State Department watch list before they flew to Los Angeles in early 2000. The F.B.I. was not warned about them until the spring of 2001, and no efforts to track them were made until August 2001.

The former intelligence official said the first Able Danger report identified all four men as members of a “Brooklyn” cell, and was produced within two months after Mr. Atta arrived in the United States. The former intelligence official said he was among a group that briefed Mr. Zelikow and at least three other members of the Sept. 11 commission staff about Able Danger when they visited the Afghanistan-Pakistan region in October 2003.

The official said he had explicitly mentioned Mr. Atta as a member of a Qaeda cell in the United States. He said the staff encouraged him to call the commission when he returned to Washington at the end of the year. When he did so, the ex-official said, the calls were not returned.

Mr. Felzenberg, the former Sept. 11 commission spokesman, said on Monday that he had talked with some of the former staff members who participated in the briefing.

As a result of the briefing, he said, the commission staff filed document requests with the Pentagon for information about the program. The Pentagon complied, he said, adding that the staff had not hidden anything from the commissioners.

“The commissioners were certainly told of the document requests and what the findings were,” Mr. Felzenberg said.

Philip Shenon and Eric Schmitt contributed reporting for this article.