Nearly all of the highest-profile domestic terrorism plots in the United States since 9/11 featured the “direct involvement” of government agents or informants, a new report says.

Some of the controversial “sting” operations “were proposed or led by informants”, bordering on entrapment by law enforcement. Yet the courtroom obstacles to proving entrapment are significant, one of the reasons the stings persist.

The lengthy report, released on Monday by Human Rights Watch, raises questions about the US criminal justice system’s ability to respect civil rights and due process in post-9/11 terrorism cases. It portrays a system that features not just the sting operations but secret evidence, anonymous juries, extensive pretrial detentions and convictions significantly removed from actual plots. 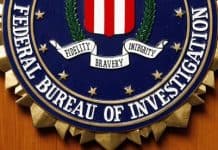 “In some cases the FBI may have created terrorists out of law-abiding individuals by suggesting the idea of taking terrorist action or encouraging the target to act,” the report alleges.

Out of the 494 cases related to terrorism the US has tried since 9/11, the plurality of convictions – 18% overall – are not for thwarted plots but for “material support” charges, a broad category expanded further by the 2001 Patriot Act that permits prosecutors to pursue charges with tenuous connections to a terrorist act or group.

In one such incident, the initial basis for a material-support case alleging a man provided “military gear” to al-Qaida turned out to be waterproof socks in his luggage.

Several cases featured years-long solitary confinement for accused terrorists before their trials. Some defendants displayed signs of mental incapacity. Jurors for the 2007 plot to attack the Fort Dix army base, itself influenced by government informants, were anonymous, limiting defense counsel’s ability to screen out bias.

Human Rights Watch’s findings call into question the post-9/11 shift taken by the FBI and other law enforcement agencies toward stopping terrorist plots before they occur. While the vast majority of counterterrorism tactics involved are legally authorized, particularly after Congress and successive administrations relaxed restrictions on law enforcement and intelligence agencies for counterterrorism, they suggest that the government’s zeal to protect Americans has in some cases morphed into manufacturing threats.

The report focuses primarily on 27 cases and accordingly stops short of drawing systemic conclusions. It also finds several trials and convictions for “deliberate attempts at terrorism or terrorism financing” that it does not challenge.

But the report is a rare attempt at a critical overview of a system often touted by the Obama administration and civil libertarian groups as a rigorous, capable and just alternative to the military tribunals and indefinite detention advocated by conservative critics. It comes as new pressure mounts on a variety of counterterrorism practices, from the courtroom use of warrantless surveillance to the no-fly list and law enforcement’s “suspicious activity reports” database.

In particular, Human Rights Watch examines the extent and impact of law enforcement’s use of terrorism informants, who can both steer people into attempted acts of violence and chill religious or civic behaviour in the communities they penetrate.

Linda Sarsour, the executive director of the Arab American Association of New York, a social services agency, told the Guardian she almost has a “radar for informants” sent to infiltrate her Brooklyn community.

While the FBI has long relied on confidential informants to alert them to criminal activity, for terrorism cases informants insert themselves into Muslim mosques, businesses and community gatherings and can cajole people toward a plot “who perhaps would never have participated in a terrorist act on their own initiative”, the study found.

Many trade information for cash. The FBI in 2008 estimated it had 15,000 paid informants. About 30% of post-9/11 terrorism cases are considered sting operations in which informants played an “active role” in incubating plots leading to arrest, according to studies cited in the Human Rights Watch report. Among those roles are making comments “that appeared designed to inflame the targets” on “politically sensitive” subjects, and pushing operations forward if a target’s “opinions were deemed sufficiently troubling”.

Entrapment, the subject of much FBI criticism over the years, is difficult to prove in court. The burden is on a defendant to show he or she was not “predisposed” to commit a violent act, even if induced by a government agent. Human Rights Watch observes that standard focuses attention “not on the crime, but on the nature of the subject”, often against a backdrop where “inflammatory stereotypes and highly charged characterizations of Islam and foreigners often prevail”.

Among the informants themselves there is less ambiguity. “It is all about entrapment,” Craig Monteilh, one such former FBI informant tasked with mosque infiltration, told the Guardian in 2012.

Informants, the study found, sometimes overcome their targets’ stated objections to engage in terrorism. A man convicted in 2006 of attempting to bomb the Herald Square subway station in Manhattan told an informant who concocted the plot he would have to check with his mother and was uncomfortable planting the bombs himself. One member of the “Newburgh Four” plot to attack synagogues and military planes – whose case is the subject of an HBO documentary airing on Monday – told his informant “maybe my mission hasn’t come yet”.

Once in court, terrorism cases receive evidentiary and pre-trial leeway rarely afforded to non-terrorism cases. A federal judge in Virginia permitted into evidence statements made by a defendant while in a Saudi jail in which the defendant, Amed Omar Abu Ali, alleged torture, a longstanding practice in Saudi Arabia. The evidence formed the basis for a conviction, and eventually a life sentence, for conspiracy to assassinate George W Bush. Mohammed Warsame, who pleaded guilty to conspiracy to provide material support to a foreign terrorist organization, was held in solitary confinement for five years before his trial.

Another implication of the law-enforcement tactics cited the report is a deepening alienation of American Muslims from a government that publicly insists it needs their support to head off extremism but secretly deploys informants to infiltrate mosques and community centers.

“The best way to prevent violent extremism inspired by violent jihadists is to work with the Muslim American community – which has consistently rejected terrorism – to identify signs of radicalization and partner with law enforcement when an individual is drifting towards violence. And these partnerships can only work when we recognize that Muslims are a fundamental part of the American family,” Obama said in a high-profile 2013 speech.

Yet the Obama administration has needed to purge Islamophobic training materials from FBI counterterrorism, which sparked deep suspicion in US Muslim communities. It is now conducting a review of similar material in the intelligence community after a document leaked by Edward Snowden used the slur “Mohammed Raghead” as a placeholder for Muslims.