A movement is similar to a river: dozens of tributaries, hundreds of streams, and thousands of rivulets, all converging together. Tracing a river’s source to a single location is thus impossible. Mapping a movement is more like charting a whole river basin than following a simple stream uphill. As we look at the movement, then, it is not so much a singular thing as a many-pronged flow over complex terrain. 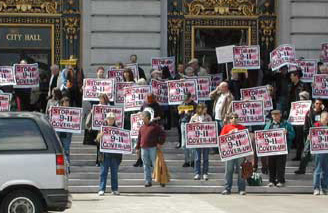 The 9-11 Truth Movement emerged in a time when America’s leadership in the world inspires very mixed feelings. America simultaneously stands for much that is noble and just while also acting as an unaccountable empire. Many patriotic Americans – and the rest of the world as well – are hungry for America to outgrow its Machiavellian power maneuvers and aggressive unilateralism, standing again on the principled freedoms that are built into its foundations.

On this terrain, the storm of the events of 9/11 poured a rain of death, anger, fear, and grief. This stirred compassion, as even the French declared, “We are all Americans.” The vast majority of people felt this to be the tragedy it appeared to be: terrorists versus empire, with many innocent civilians caught in the crossfire. The Bush administration used this attack as an excuse for invading Afghanistan and Iraq while diminishing rights at home and undermining treaty after treaty. In the wake of America’s grief, many tolerated these maneuvers. America was justified, it seemed, in striking out at the terrorists who had struck on its own land.

What if, though, it turns out that the official story of 9/11 is not the true story? What if hundreds of unexplained facts that have slowly accumulated point to something decidedly darker – a deceit on an almost unprecedented scale?

What if forces within America’s own government were complicit, or, even worse, involved in orchestrating the “attacks,” to give carte blanche for a program of military dominance, economic exploitation, and domestic control?

For most, this is, at first, an almost unthinkable thought. It shakes bedrock foundations and beliefs. And yet, the preponderance of unexplained facts points to just that view of the events of 9/11. It is the discovery, accumulation, and analysis of these unexplained facts that have gradually brought together tens of thousands of people into a movement.

The majority of people in the movement did not smell deceit on that fateful day, but some did. Where were the fighter planes, they wondered? Why was Bush behaving in such a bizarre fashion, listening to the story of a pet goat while the towers were in flames? Why did news reports say that Flight 93 was shot down and then change the story later? Why didn’t the Pentagon defend itself?

Most of us, however, suspected nothing. Gradually, though, anomalous evidence began to accumulate and we were exposed to it:

Intrepid independent journalists, videographers, activists, and researchers began to string these pieces of evidence together, scrutinizing each to see whether they offered clues to the real truth. Families of victims banded together as they began to feel that the government wanted to silence their questions and stifle their inquiries. Websites sprang up, slowly at first, then by the dozens. Researchers began to network together. Groundbreaking videos emerged. Then books. Conferences. Legal actions. Citizen’s inquiries. Alliances.

The mainstream press is now starting to wake up to the possibility that we could have a scandal on our hands that would dwarf any previous scandal of a sitting president. Many are seeing that the prison torture scandal at Abu Ghraib, CIA leaks, and the pattern of administration secrecy and lies all point back to that fateful day of September 11th, which has been used an excuse for many breaches of honorable conduct.

In the months and years ahead, America will be challenged to reclaim the best of its ideals and take the step of looking into the shadows of American power and its relationship to the events of 9/11. Our world cannot be safe and secure until the truth is known. We ask you to study the evidence, draw your own conclusions, and spread the word that gaps, inconsistencies, and outright lies simply must be addressed for America to stand in integrity again.

The 911Truth.org website has been created by leaders from across the movement to orient people and press to the highest quality resources and to support the key efforts that are advancing the truth. Our hope is that America can use this episode as more than a pretext for unending war. May it be used for peace and the fulfillment of a nobler destiny.

Timeline of the Movement (Coming Soon)