Activism Editorials How 9/11 Changed My Generation

My earliest memory is watching the South Tower come down on our basement TV — at age 3.

We lived just outside Washington, DC, 15 minutes from the Pentagon building. When the plane hit there, my mom rushed down the street to pick up my older sister from her elementary school. That left me glued to the television, watching the dust clouds billow out as the South Tower crashed.

As soon as mom returned with my sister in tow, she covered my eyes and shooed me upstairs. But those images of destruction I saw that morning are forever seared into my mind.

As I got older, I spent every Sept. 11 focused on studying what had happened. My younger brother and I would pray for the people who died that day — and watch all the documentaries we could find.

Back in 2001, of course, I was too young to share in what my parents and neighbors were experiencing. I didn’t see the news stations repeatedly playing the footage of the most deadly foreign attack on American soil since Pearl Harbor.

But I heard the stories later. As my mom was picking up my sister, our next-door neighbor was fleeing the Pentagon along with hundreds of other military contractors and government employees. He owned a painting and repairs company, and that morning he had planned to start remodeling an office directly across the courtyard from where the terrorists rammed the plane into the western side of the building at 9:37 a.m. Had he been working over there, he likely would have perished in the deadly fire — never to teach me to start a lawnmower or to use hedge clippers.

That day also happened to be my parents’ 10th wedding anniversary. Because of the attacks and the creeping fear of a follow-up, they decided to skip out on their planned dinner downtown at The Palm. But my grandmother insisted they go anyway: Terrorism or no terrorism, she said, my parents’ marriage was important and worth celebrating.

My mom still recalls how strange she felt walking through the city that night. The cloudless blue day had mellowed into a gentle sunset, but no one came out to enjoy it. Smoke and ash still filled the air in both New York and across the Potomac River in Arlington. And as she sat among the cartoons of DC’s elite adorning the walls at The Palm, she looked out on a lifeless city, emptied of all sound — except the occasional whoosh of F-18s cutting back and forth across the skyline.

As for me, those images of destruction I saw that morning are forever seared into my mind; I have only hazy recollections of life before.

I grew up knowing that the fall of the Twin Towers marked the first major shift in global affairs since the collapse of the Soviet Union in 1991. The ’90s were a decade of American dominance, and I never knew that national confidence.

Instead, as I said, I spent every anniversary into my early years of high school, studying what had happened. A copy of the Bush-era 9/11 Commission Report still rests somewhere on one of my bookshelves, part of a fruitless attempt in middle school to understand exactly why something so terrible could happen to my country.

Now, along with the rest of my generation, I’m coming of age in a world visibly in crisis. The War on Terror is a lot like the Cold War — an ideological struggle that polarized every American and affected the way we approach major political and social issues. The constant threat of global terror taught us all to think of every issue in the language of war; I think that’s a large part of the reason that my generation is so militant about age-old issues such as gun control, LGBTQ rights and socialism.

The people a bit older than me who remember life before 9/11 hold those memories as dear as Adam and Eve must have cherished thoughts of Eden. A few weeks ago, a good friend from Long Island told me how, as a special Fourth of July treat in 2001, his dad took him up into the South Tower of the World Trade Center to watch the annual Macy’s fireworks show. The neon-colored lights burst in the air, and it was one of the last times explosions over a city would signal joy instead of danger.

We are the children of terror, programmed to think in terms of fear and retribution. Perhaps that’s the most lasting damage done by 9/11. 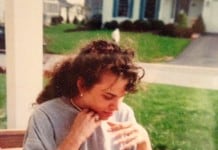 The War on Terror is a Hoax