Home Cover-Up 9/11 Commission How Important is Cheney’s Admission that There was NEVER Any Evidence Linking...

Cheney said in an interview on Fox News:

How important is Cheney’s admission?

Well, 5 hours after the 9/11 attacks, Donald Rumsfeld said “my interest is to hit Saddam” .

And at 2:40 p.m. on September 11th, in a memorandum of discussions between top administration officials, several lines below the statement “judge whether good enough [to] hit S.H. [that is, Saddam Hussein] at same time”, is the statement “Hard to get a good case.” In other words, top officials knew that there wasn’t a good case that Hussein was behind 9/11, but they wanted to use the 9/11 attacks as an excuse to justify war with Iraq anyway.

Moreover, “Ten days after the September 11, 2001, terrorist attacks on the World Trade Center and the Pentagon, President Bush was told in a highly classified briefing that the U.S. intelligence community had no evidence linking the Iraqi regime of Saddam Hussein to the [9/11] attacks and that there was scant credible evidence that Iraq had any significant collaborative ties with Al Qaeda ” .

Moreover, President Bush’s March 18, 2003 letter to Congress authorizing the use of force against Iraq , includes the following paragraph:

(2) acting pursuant to the Constitution and Public Law 107-243 is consistent with the United States and other countries continuing to take the necessary actions against international terrorists and terrorist organizations, including those nations, organizations, or persons who planned, authorized, committed, or aided the terrorist attacks that occurred on September 11, 2001.

Therefore, the Bush administration expressly justified the Iraq war to Congress by representing that Iraq planned, authorized, committed, or aided the 9/11 attacks. See this , this , this and this .

And while many people now focus on the false WMD claims, it is important to remember that – at the time – the Saddam-911 link was at least as important in many people’s minds as a reason to invade Iraq .

Indeed, given that Cheney and the boys are still pretending that everyone thought that Iraq possessed WMDs, Cheney’s admission that there was never any evidence linking Iraq and 9/11 might be even more definitive proof of intentional misrepresentations by Cheney and other high-level members of the Bush administration.

Given that the anthrax attacks were also blamed on Iraq by the Pentagon – but they turned out to be the work of an American scientist – and given that it is now accepted by the 9/11 Commission itself as well as high-level military leaders, intelligence officials and others that the government’s version of 9/11 is false, additional questions also arise. 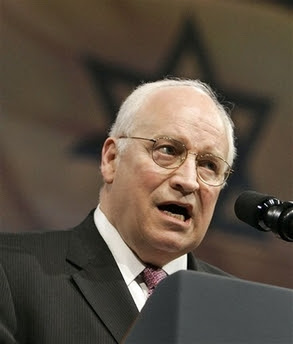 The retired senior CIA officer also says that the former administration’s repeated assertions that attacks were foiled through torture are hurting US credibility abroad, endangering alliances and aiding the cause of would-be terrorists.

Bearden, who formerly headed the CIA’s Soviet/East European Division and served as station chief in Pakistan, Nigeria and Sudan, was a key figure in the funding and training of the mujahedeen in Afghanistan during the Soviet occupation. He retired in 1994 but says he has communicated with contacts who agree they’ve heard of no evidence to support Bush officials’ claims.

If the Bush administration had proof of a plot stopped by enhanced interrogation, they would have produced it, Bearden says. “I cannot imagine that the system would not have leaked such a story,” he insists. “It would have been leaked in a New York minute.”

Former President George W. Bush and Vice President Dick Cheney publicly defended their harsh interrogation approach last month. However, the techniques approved by Bush administration lawyers in 2002 appear to be prohibited by both the Geneva Conventions and the United Nations Convention against Torture, to which the US is a signatory.

Bearden is intimately familiar with the countries that some of the most prominent terror suspects have hailed from. He dismisses many of the alleged terror plots which have been made public.

“They dredge up the slapstick plot of the Liberty Seven or the strange Lyman Faris plot which included a blowtorch,” Bearden said. “But when asked for something more substantive, the [Bush administration] retreated behind the screen of protecting sources and methods. We are told to trust them.”

“When challenged on any aspect of national security,” he added, “the standard collection of administration acolytes instantly dredged up the now well known list of interdicted attacks against us.”

Vice President Dick Cheney has vigorously defended the interrogation program in recent months. In May, the former VP said the specter of the terrorist attacks of Sept. 11, 2001 caused the Bush administration to respond far more aggressively to avoid any future attacks and claimed that many attacks were thwarted as a result of harsh interrogation tactics.

“Every senior official who has been briefed on these classified matters knows of specific attacks that were in the planning stages and were stopped by the programs we put in place,” Cheney insisted .

Bearden argues that since we already know the methods used — in some cases including waterboarding — there should be no reason to hold back on exposing more substantive thwarted plots. He also believes that making claims of a thwarted plot but being unable to lay the “intelligence on the table” is harmful to US national security.

“Ronald Reagan laid his intelligence on the table almost immediately after his retaliatory attack against Tripoli following the Libyan attack of 1986 on the La Belle Disco in Berlin,” Bearden said. “Reagan let it be known that we had the Libyan codes and did this before he felt even a twinge of heat from the public or Congress because it was the right thing to do.”

Perhaps most significantly, Bearden believes that by making unsubstantiated claims of success in preventing attacks, the Bush administration has actually undermined US alliances with other nations. Bearden and the others he’s communicated with have not heard of any significant plots against the United States that were uncovered by the Bush administration’s harsh techniques — and that, he says, weakens US standing in the world.

“I have never been able to understand how any responsible leaders could so vehemently stick to the excuse of protecting sources and methods while that very position accounted for a weakening not only of this nation’s alliances, but potentially strengthened our enemies,” he said.

Two other CIA officers, who have asked to remain anonymous due to their ongoing involvement in covert operations, seconded Bearden’s skepticism that any domestic plots of significance were disrupted during the Bush administration.

“Certain officials of the Bush administration would have had no qualms about exposing any of our officers, operational methods and sources of information if it meant scoring political points,” said one CIA covert officer, whose focus is the Middle-East, referring to the outing of CIA officer Valerie Plame Wilson. “The fact that [the Bush administration officials] continue to use the protection of sources and methods as a reason for why they can produce no evidence of a serious plot is not believable given what they have already made public.”

Another current CIA officer who works the Near East agreed that if any plot had actually been disrupted, someone from the Bush administration would certainly have leaked the proof, noting, “Nothing is sacred to them.”