International Relations (IR) scholars uncritically accept the official narrative regarding the events of 9/11 and refuse to examine the massive body of evidence generated by the 9/11 truth movement. Nevertheless, as calls for a new inquiry into the events of 9/11 continue to mount, with the International 9/11 Consensus Panel and World Trade Centre Building 7 Evaluation inquiries having recently published their findings, and with a U.S. Federal Grand Jury on 9/11 having been announced, now would be an opportune moment for IR scholars to start taking the claims of 9/11 truth seriously. A survey of the 9/11 truth literature reveals that the official 9/11 narrative cannot be supported at multiple levels. Two planes did not bring down three towers in New York. There is no hard evidence that Muslims were responsible for 9/11 other than in a patsy capacity. Various U.S. government agencies appear to have had foreknowledge of the events and to have covered up evidence. Important questions regarding the hijacked planes need answering, as do questions about the complicity of the mainstream media in 9/11. IR scholars avoid looking at evidence regarding the events of 9/11 for several reasons. They may be taken in by the weaponized term, “conspiracy theory.” A taboo on questioning the ruling structures of society means that individuals do not wish to fall outside the spectrum of acceptable opinion. Entertaining the possibility that 9/11 was a false flag requires Westerners to reject fundamental assumptions that they have been socialized to accept since birth. The “War on Terror” has created a neo-McCarthyite environment in which freedom to speak out has been stifled. Yet, if IR scholars are serious about truth, the first place they need to start is 9/11 truth.

The consequences of the terrorist attacks of September 11, 2001, have been catastrophic. In addition to the estimated 3,000 people who lost their lives during the attacks themselves, millions more have been killed in the “War on Terror”; there has been an aggressive worldwide expansion of U.S. military power, including the introduction of drone warfare; the Middle East and North Africa (MENA) region has been destabilized, leading to massive flows of migrants; international law has been violated (most egregiously with the Iraq War); domestically, there has been a draconian scaling back on civil liberties, including historically unprecedented levels of surveillance, arbitrary detention, and torture. All of this has worked to undermine the post–1945 liberal internationalist order and has contributed to mounting concerns about liberal democracies being transformed into police states. It would not be difficult to defend the claim that “9/11” represents the most significant political event of the post–Cold War era.

These consequences rest on the fundamental premise that the United States was attacked by Al Qaeda on 9/11. Upon that premise are erected the moral and legal bases of the War on Terror, that is, that “civilized” states have the right to defend themselves preemptively against terrorist barbarism in an age where terrorism is networked, transnational, and more threatening than ever before owing to new technologies of destruction. Yet, what if the fundamental premise were false? As Benjamin (2017) observes,

Were this claim ever to be proved false—were it ever to be shown that the United States was not in fact attacked by “others” on 9/11 but rather attacked itself (or let itself be attacked) for the purpose of blaming others and justifying international war—then its war would not be one of self-defence but of premeditated and carefully camouflaged aggression. (p. 373) [pdf below or follow links to download the paper]

The paper can be downloaded here and here.

Academics, scientists and researchers continue to face ad hominem attacks from those unwilling or unable to address the uncomfortable facts that contradict the official narrative of 9/11.

Here is a sample of some of the reactions to David Hughes scholarly exploration of the subject:

The F in PhF stands for fake or failure.

Do you believe in democracy? Then this debate is relevant and worthy of your attention.

The German translation of this paper can be found here.

Editor’s Note:
If you want to show appreciation for the article, you can contribute to Duchenne UK and help to spread awareness of this cruelest of diseases. It is a registered charity and the money goes to scientific research into DMD. UK contributions are tax-free. 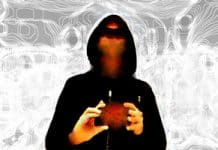 Seeking the truth about 9/11

How Many SEALs Died?