Home Case for Complicity Lies Is Anyone Telling Us the Truth?

After such amazing success, al-Qaida would have attracted the best minds in the business, but, instead, it has been reduced to amateur stunts.

The Underwear Bomb plot is being played to the hilt on the TV media and especially on Fox “news.” After reading recently that The Washington Post allowed a lobbyist to write a news story that preached the lobbyist’s interest, I wondered if the manufacturers of full body scanners were behind the heavy coverage of the Underwear Bomber, if not behind the plot itself. In America, everything is for sale. Integrity is gone with the wind.

Recently I read a column by an author who has a “convenience theory” about the Underwear Bomber being a Nigerian allegedly trained by al-Qaida in Yemen. As the U.S. is involved in an undeclared war in Yemen, about which neither the American public nor Congress were informed or consulted, the Underwear Bomb plot provided a convenient excuse for Washington’s new war, regardless of whether it was a real attack or a put-up job.

Once you start to ask yourself about whose agenda is served by events and their news spin, other things come to mind. For example, last July there was a news report that the government in Yemen had disbanded a terrorist cell, which was operating under the supervision of Israeli intelligence services. According to the news report, Yemeni President Ali Abdullah Saleh told Saba news agency that a terrorist cell was arrested and that the case was referred to judicial authorities “for its links with the Israeli intelligence services.”

Could the Underwear Bomber have been one of the Israeli terrorist recruits? Certainly Israel has an interest in keeping the US fully engaged militarily against all potential foes of Israel’s territorial expansion.

The thought brought back memory of my Russian studies at Oxford University where I learned that the Tsar’s secret police set off bombs so that they could blame those whom they wanted to arrest.

I next remembered that Francesco Cossiga, the president of Italy from 1985-1992, revealed the existence of Operation Gladio, a false flag operation under NATO auspices that carried out bombings across Europe in the 1960s, 1970s, and 1980s. The bombings were blamed on communists and were used to discredit communist parties in elections.

An Italian parliamentary investigation unearthed the fact that the attacks were overseen by the CIA. Gladio agent Vincenzo Vinciguerra stated in sworn testimony that the attacks targeted innocent civilians, including women and children, in order “to force the public to turn to the state to ask for greater security.”

What a coincidence. That is exactly what 9/11 succeeded in accomplishing in the U.S.

The U.S. and its puppet state allies were led to war in the Middle East and Afghanistan entirely on the basis of lies and deception. Iraqi weapons of mass destruction did not exist and were known by the U.S. and British governments not to exist. Forged documents, such as the “yellowcake documents,” were leaked to newspapers in order to create news reporting that would bring the public along with the government’s war agenda.

Now the same thing is happening in regard to the nonexistent Iranian nuclear weapons program. Forged documents leaked to The Times (London) that indicated Iran was developing a “nuclear trigger” mechanism have been revealed as forgeries.

Who benefits? Clearly, attacking Iran is on the Israeli-U.S. agenda, and someone is creating the “evidence” to support the case, just as the leaked secret “Downing Street Memo” to the British cabinet informed Prime Minister Tony Blair’s government that President Bush had already made the decision to invade Iraq and “the intelligence and facts were being fixed around the policy.” 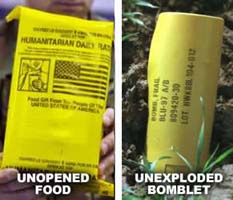 The willingness of people to believe their rulers and the propaganda ministries that serve the rulers is astonishing. Many Americans believe Iran has a nuclear weapons program despite the unanimous conclusion of 16 U.S. intelligence agencies to the contrary.

Vice President Dick Cheney and the neoconservatives fought hard with limited success to change the CIA’s role from intelligence agency to a political agency that manufactures facts in support of the neoconservative agenda. For the Bush Regime creating “new realities” was more important than knowing the facts.

Recently I read a proposal from a person purporting to favor an independent media that stated that we must save the print media from financial failure with government subsidies. Such a subsidy would complete the subservience of the media to government.

Even in Stalinist Russia, a totalitarian political system where everyone knew that there was no free press, a gullible or intimidated public and Communist Party enabled Joseph Stalin to put the heroes of the Bolshevik Revolution on show trial and execute them as capitalist spies.

In the U.S. we are developing our own show trials. Sheikh Mohammed’s will be a big one. As Chris Hedges recently pointed out, once government uses demonized Muslims to get the new justice (sic) system going, the rest of us will be next.