Join us for Groundbreaking 9/11 Anniversary Events
in New York, California and Maryland, September 8-12

Five days of exciting and informative events are planned across the country for the 9/11 anniversary this year, beginning in New York City on September 8 and culminating at the University of Maryland on September 12.

In addition, there will be 9/11 events happening throughout the country, including local screenings of the new 1-hour version of our groundbreaking documentary, 9/11: Explosive Evidence – Experts Speak Out, which has just been uploaded to YouTube! 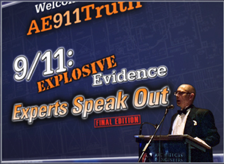 One of these local screenings will be at the annual 9/11 Truth film festival in Oakland, CA, organized by NCA911Truth.

The University of Maryland seems dedicated to also enlighten their academic community about what really caused the destruction of the Twin Towers and WTC Building 7, as they are bringing in AE911Truth founder Richard Gage, AIA to speak to 200 students on Sept 12. See below for more details.

These street actions, film festivals, and 9/11 symposiums will bring AE911Truth together with 9/11 experts, government whistleblowers, influential activists and media sources that are calling for a new 9/11 investigation. Join us and tell your friends!

The events in New York City begin with street actions at Ground Zero on September 8, where activists will distribute DVDs, 9/11 Investigator newspapers, WTC evidence cards, and other 9/11 Truth materials to the public. See GroundZero911.com for details.

On September 9, Gage will be one of the featured speakers, along with Experts Speak Out psychologist Robert Griffin, CIA whistleblower Susan Lindauer, investigative reporter Wayne Madsen, broadcast journalist Joe Calhoun, and activist Frank Morales, for How the World Changed After 9/11: A Symposium of Critical Thinkers, the third annual 9/11 Truth conference in New York City.

AE911Truth will be delivering a new presentation at this event called Finding the Hero Within: Lessons from a 9/11 Whistleblower. It will accent the character development of the new “emerging patriot” who is called upon to relentlessly pursue and speak the truth about 9/11.

“We are very excited to give the new talk that we will soon be bringing to students around the country,” Gage said. “Thanks to a few of our gracious donors, campus activities directors from coast to coast will see the 10-minute preview of this new presentation at regional college speaking conferences this fall, and we anticipate that they will decide to bring our newly packaged and vital message to their universities.”

Gage we will also be introducing and screening our 15-minute documentary “Solving the Mystery” with Ed Asner starring in the power-packed short about World Trade Center 7. This will occur at yet another unique 3-day New York event in the history of 9/11 events, “Pause / Press Play” at the Kraft Center. Other film makers and speakers such as Penny Little, creator of “9/11 Dust: A Healing Journey”. The event is all about healing from the tragic events of 9/11. To that end we will be also screening the trailer of our new documentary 9/11: Explosive Evidence – Experts Speak Out, which will be pre-viewed and discussed in the topic “We Need the Truth in Order to Heal” on 9/10/12 at 4pm. We will be emphasizing what can be done in order to promote long-lasting healing with this critical information.

New York City will also host the 1st annual Off the Radar Film Festival, which runs from September 8-11 and culminates on the anniversary with a screening of the Final Edition of our Experts Speak Out at the Walker Stage. Gage will introduce the film and answer questions from the audience following the showing of the film, as he has throughout the recent 32-City World Premiere Tour of Experts Speak Out.

The events in New York City are being organized by Mike Figa, Les Jamison, Derek Brose of Houston Free Thinkers and other 9/11 Truth activists who are dedicated to educating others.

Mike Figa expects these anniversary activities to draw scores of people. “The symposium will seek to go beyond 9/11 and look at the larger picture,” he explained. “I feel that the general public is getting more receptive to criticism of the official myth and less reactionary toward the 9/11 Truth message. The more people reached with these events, the better.”

More details about the anniversary events in New York City may be found at GroundZero911.com. 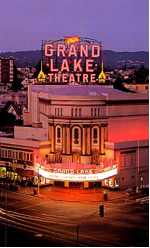 Supporters of AE911Truth on the West Coast are encouraged to attend the 9/11 Truth Film Festival in Oakland, California, on September 11.

Experts Speak Out will make its Oakland debut at this festival, which will be held at the Grand Lake Theatre from 2 p.m. to 11 p.m. The event also includes a panel headlined by 9/11 researcher Peter Dale Scott and Mickey Huff and Peter Phillips of Project Censored. Bonnie Faulkner, who hosts the KPFA radio show Guns and Butter, will serve as the emcee.

More information is available at SF911Truth.org.

The University of Maryland will welcome Gage on September 12 for the kickoff of the AE911Truth College Speaking Series at the Nyumburu Cultural Center. Architecture professor Garth Rockcastle, FAIA, will participate in a panel discussion as one of our featured skeptics to question Gage following the presentation.

This event is being organized by undergraduate student Mo Farsh, the leader of the United Youth Movement, an on-campus student group. “It is important that we practice freedom of speech, regardless of the controversy it might spark,” Farsh said. “We believe that it’s essential to face the facts about 9/11 and decide for ourselves, and this event makes that possible.”

More information on this event is also available on the AE911Truth Events page.