A Saudi Arabian accused of associating with several of the September 11 hijackers and who disappeared from his home in the United States a few weeks before the attacks on the World Trade Centre and the Pentagon, is in London working for his country’s state oil company.

By Anthony Summers, Neil Tweedie and Dan Christensen in Miami
The Telegraph

Abdulaziz al-Hijji and his wife Anoud left three cars at their luxurious home in a gated community in Sarasota, Florida — one of them new — and flew to Saudi Arabia in August 2001. The refrigerator was full of food; furniture and clothing were left behind; and the swimming pool water was still circulating.

Security records of cars passing through a checkpoint at the Prestancia gated community indicated that Mr al-Hijji’s home, 4224 Escondito Circle, had been visited a number of times by Mohamed Atta, the leader of the 19-strong hijack team, who piloted American Airlines Flight 11 into the North Tower of the World Trade Centre in 2001. 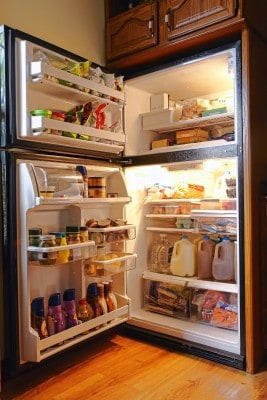 All three men had trained to fly at Venice Airport, which is 19 miles from Sarasota.

A US counter-terrorist agent told The Daily Telegraph: “The registration numbers of vehicles that had passed through the Prestancia community’s north gate in the months before 9/11, coupled with the identification documents shown by incoming drivers on request, showed that Mohamed Atta and several of his fellow hijackers, and another Saudi suspect still at large, had visited 4224 Escondito Circle.”

The suspect was Adnan Shukrijumah, an al-Qaeda operative who is on the FBI’s Most Wanted list, with a $5 million bounty on his head.A decade after the world’s worst terrorist attack, which claimed the lives of 3,000 people, Mr al-Hijji is resident in London, working for the European subsidiary of Saudi Aramco, Saudi Arabia’s state oil company. Described as a career counsellor, he is based in the offices of Aramco Overseas Company UK Limited and lives in an expensive flat in central London.

In email correspondence with the Telegraph, Mr al-Hijji strongly denied any involvement in the plot, writing: “I have neither relation nor association with any of those bad people/criminals and the awful crime they did. 9/11 is a crime against the USA and all humankind and I’m very saddened and oppressed by these false allegations.

“I love the USA. My kids were born there, I went to college and university there, I spent a good portion of my life there and I love it.”

Mr al-Hijji’s account is supported by the FBI, which has stated: “At no time did the FBI develop evidence that connected the family members to any of the 9/11 hijackers … and there was no connection found to the 9/11 plot.”

Bob Graham, a former US senator who, in addition to co-chairing the congressional inquiry into 9/11, was chairman of the US senate intelligence committee at the time, disputes the FBI denials. He has long believed that there was Saudi support for the 19 terrorists, 15 of whom were subjects of the kingdom. He cites two secret documents to which he has recently had access.

The first document, Graham says, is “not consistent with the public statements of the FBI that there was no connection between the 9/11 hijackers and the Saudis at the Sarasota home. Both documents indicate that the investigation was not the robust inquiry claimed by the FBI.”

Mr al-Hijji, 38, moved with his family to Britain in 2003, setting up home in a rented four-bedroom detached house in the Southampton suburb of Totton. His stay there appears to have been uneventful.

The al-Hijjis’ abrupt departure from Sarasota aroused the suspicion of their next-door neighbour, Patrick Gallagher. He emailed the FBI within two days of 9/11 to report the disappearance of the couple and their young children.

Reports released recently by the Florida Department of Law Enforcement refer to the “suspicious manner and timing” of the family’s departure.

One document states: “In mid-August 2001 the above subjects purchased a new vehicle and renewed the registration on several other vehicles. On Aug 27 2001 a moving truck appeared and moved the subjects out of the house. Left behind were the vehicles and numerous personal belongings, including food, medicine, bills, baby clothing etc.”

The document goes on to state that Mr al-Hijji and Esam Ghazzawi, his father-in-law and the owner of the Escondito Circle house, had been “on the FBI watch list” prior to 9/11.

Mr al-Hijji described the allegations against him as “just cheap talk” and denied having abandoned his home in undue haste, explaining: “No, no, no. Absolutely not true. We were trying to secure the [Aramco] job. It was a good opportunity.”

He said his wife and children followed him out to Saudi Arabia a few weeks after he left. She and his American-born mother-in-law had been questioned by the FBI when they returned to the United States to settle the family’s affairs.

But he was not questioned when he returned to America for a two-month period in 2005.

FOIA Request Made for 28 Redacted Pages

Saudis, Sarasota and the FBI