[David Ray Griffin will be speaking London on April 14 2009 – Details at
http://timeforasecondlook.com/tour/
]

London Truth Action and We Are Change London were at the G20 protest in the City of London yesterday raising awareness. 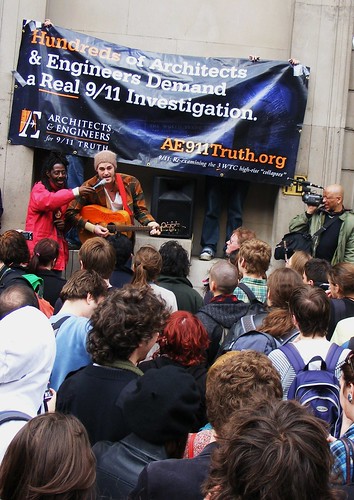 Look
out for musicians Billy Bragg,
Kate Nash, Sam
Duckworth (Get Cape, Wear Cape, Fly) and Olly
the Octopus using our PA system and impromptu stage – the Bank of England.
We also chatted to and exchanged contact details with actor and comedian Russell
Brand.