Check out this excellent recent documentary, which has just been posted on the Internet, about Nato’s secret armies that were set up across Western Europe after the Second World War. While these “stay-behind” armies were supposedly intended to help put together a resistance if the Soviet Union invaded their countries, they went on to commit terrorist attacks against their own populations, so as to influence domestic politics. 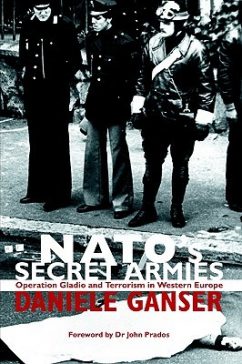 The documentary describes how, from the late 1960s to the early 1980s, Western intelligence agencies collaborated with right-wing extremist groups to commit false flag terrorist attacks, which would often be falsely blamed on left-wing groups. It features interviews with, among others, Daniele Ganser, author of NATO’s Secret Armies: Operation GLADIO and Terrorism in Western Europe.

For more information about Nato’s secret armies and Operation Gladio, you can read some excellent articles written by Daniele Ganser that he has included on his website, http://www.danieleganser.ch/Fachzeitschriften.html

A particularly good article is the one called “Fear as a Weapon: The effects of psychological warfare on domestic and international politics.”

Fear as A Weapon: The Effects of Psychological Warfare on Domestic and International Politics