Secret legal files show that conviction in aircraft bombing case would probably have been overturned.

Fresh scientific evidence unearthed by a Scottish legal review undermines the case against the man convicted of being responsible for the Lockerbie aircraft bombing, an investigation for Al Jazeera has found.

The Scottish Criminal Case Review Commission (SCCRC) report details evidence that would probably have resulted in the verdict against Abdel Baset al-Meghrahi, a Libyan man convicted of carrying out the bombing of Pan-Am flight 103 in 1988, being overturned.

‘Lockerbie: Case Closed’, an hour-long documentary to be aired on Al Jazeera on Monday, examines the evidence uncovered by the SCCRC as well as revealing fresh scientific evidence which is unknown to the commission but which comprehensively undermines a crucial part of the case against the man known as the Lockerbie bomber.

[The ‘Lockerbie:Case Closed’ documentary is not available to be viewed in the US]

Among the evidence examined by the SCCRC was the testimony of Tony Gauci, a shop owner from Malta, and the most important prosecution witness in the case. 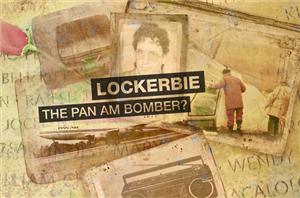 Gauci identified Megrahi as a man who had bought clothing and an umbrella from him on December 7, 1988 – remnants of which were later recovered from among debris recovered from the disaster scene.

The SCCRC found a number of reasons to seriously question this identification and Gauci’s account of events on that date, which was also the only day on which Megrahi could have been present in Malta to make such purchases.

The report also raises concerns about the legitimacy of the formal identification process, in which Gauci picked Megrahi out from a line-up. The commission found that Gauci had seen Megrahi’s photo in a magazine article identifying him as a possible suspect many weeks before the parade took place.

The SCCRC also found that Scottish police knew that Gauci was interested in financial rewards, despite maintaining that the shopkeeper had shown no such interest.

Gauci reportedly picked up a $2 million US government reward for his role in the case. Under Scottish law, witnesses cannot be paid for their testimony.

Most significantly, the documentary will reveal the dramatic results of new scientific tests that destroy the most crucial piece of forensic evidence linking the bombing to Libya.

The new revelations were put to the terminally sick Megrahi in Libya, and his comments on the case will be heard for the first time in these films.

Of Gauci, he maintains that he never visited his shop.

John Ashton, who has been investigating the case for nearly 20 years, including time spent as part of Megrahi’s defence team, said: “The Lockerbie disaster was Europe’s worst terrorist attack. More Americans died in that attack than in any other terrorist event before 9/11. It’s also Britain’s worst miscarriage of justice, the wrong man was convicted and the real killers are still out there.”

Lockerbie: Case Closed will be broadcast on Monday, February 27 at 20:00 GMT on Al Jazeera English.

NEW forensic evidence claiming to destroy key pillars of the case against the Libyan convicted of the Lockerbie bombing will be revealed today.

Forensic examination of a small fragment of circuit board, cited as critical evidence linking Libya to the atrocity that claimed 270 lives on 21 December, 1988, does not originate from the source identified by prosecutors, it is claimed.

The new evidence is detailed in two documentaries on the case against Abdelbaset Ali Mohmed al-Megrahi, 59, screened today on BBC Scotland and the Al Jazeera network. They coincide with the launch of a book telling the story of Megrahi and featuring extensive interviews with him, released by the Scottish company Birlinn.

The book, too, is said to probe deeply into the forensic evidence in the case.

In the BBC Scotland documentary, Megrahi, a former Libyan intelligence officer, says he “forgives” Maltese shopkeeper Tony Gauci, who identified
him as purchasing clothes which were found packed around the bomb, on a day Megrahi admitted he was in Malta.

“He has to believe this, because when we meet together before the God, I want him to know that before I die. This is the truth.”

The circuit board, found at the crash site, was linked to the bombing because the fragment, labelled PT35b by investigators, was identified as coming from an MST-13 timer made by the Swiss firm Mebo. Megrahi had regular dealings with the firm. The Crown also claimed the timers had only ever been supplied to Libya. Megrahi was described at his trial as a member of the Libyan intelligence services who worked in Malta at the Libyan Arab Airlines office. He was accused of helping to place the bomb on an Air Malta flight, from which it was transferred to the doomed Pan Am 103.

Megrahi’s defence team was not able to secure access to the fragment to conduct its own expert analysis before the trial, or his first unsuccessful appeal, the documentary is said to claim.

But in preparation for the second appeal, which Megrahi abandoned when he was released on compassionate grounds after a cancer diagnosis, his defence teamwas able to examine the fragment and other key pieces of evidence.

Their experts claimed it contained no trace of explosive residue. But, more importantly, defence experts also claimed it was made of a different combination of materials to the MST-13s, meaning it did not originate with the Mebo device.

The BBC confirmed yesterday that their documentary explored forensic evidence.

The two programmes feature an interview Megrahi gave in December to his friend George Thomson, a former police officer and criminal defence specialist who was part of his legal team for four years.

Today also sees the publication of John Ashton’s book, Megrahi: You Are My Jury — The Lockerbie Evidence, published by Birlinn. Mr Ashton, an
investigative journalist, was also in Megrahi’s defence team and worked closely with him to produce the book.

BBC Scotland insisted last night that, while the interview in the documentary was conducted by Thomson, the programme itself “was produced in accordance with our guidelines on impartiality”.

The Rev John Mosey, a British parent who lost his daughter in the bombing, said he expected both the book and the documentaries to launch a major re-examination of the Lockerbie case.

For those sceptical of the trial and conviction, it “promises evidence of things that we have been saying for many years”, he added.

He had closely followed the circuit-board evidence at Megrahi’s lengthy trial, he said. “It was extremely, extremely dodgy. It was very, very suspicious.

“The way it suddenly appeared, embedded in a shirt collar, with the information on the page overwritten and changed, all police procedures were thrown out of the window.”

But Susan Cohen, an American whose daughter also died in the bombing, said: “None of this sounds any different from what I’ve heard before.
With these documentaries, is there going to be a panel afterwards, someone who is representing someone who is not the voice for Megrahi propaganda?

“This is simply allowing this conspiracy theory to flourish. In all these years nothing has ever, ever come out that really shows any significance.”

Megrahi, the only man convicted in the Lockerbie bombing, was said to be three months from death when he was released from a Scottish prison in August 2009 following a decision by justice secretary Kenny MacAskill. He remains alive in Libya, but in the December interview clearly considers himself close to death.

The Scottish Criminal Cases Review Commission (SCCRC), which investigated Megrahi’s 2001 conviction, found six reasons why it may have been a miscarriage of justice and sent the case back to the Appeal Court. The appeal ended when he was released.

Among the SCCRC’s reasons were inconsistencies in Mr Gauci’s statements and controversy surrounding an identification parade in Kamp van Zeist at which he identified Megrahi. It is understood the documentary makers gained access to the SCCRC’s investigations into the case.

Megrahi was interviewed in his bed in his home in Tripoli. Looking frail and straining to make his words audible, Megrahi laments that he will die while
still branded “the Lockerbie bomber”.

Asked by Mr Thomson what he would say to Mr Gauci if he were in the room, he says: “I’d say he dealt with me very wrongly. I have never seen him in my life before he came to the court. But I do forgive him.”

Talb was freed from prison in Sweden in 2010. He was serving a life sentence for terrorist attacks in Copenhagen and Amsterdam using explosive devices.

He was the original suspect for the attack on Pan Am Flight 103 until 1990, when attention switched to Libya.

At the time of the Lockerbie trial, Talb admitted he and members of his family were involved in the fight to liberate Palestine. But he denied he was “a murderer and a liar”, and claimed he had given up the military struggle before the Lockerbie bombing.

The trial in Kamp van Zeist heard Talb had used many aliases as a member of the Palestinian Popular Struggle Front, including one that translated as “he who takes revenge”.