NEW YORK, June 15, 2016 – Fifteen years after the world-changing events of 9/11, new evidence refuting the official story continues to be unearthed by a Panel of 23 professional researchers.

The first Point is titled, “The Claim of Widespread Infernos in the South Tower vs the FDNY Radio Transcript.” 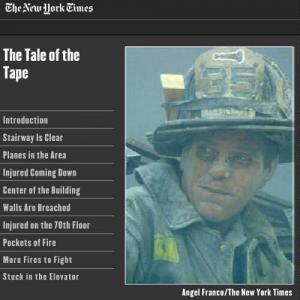 The importance of this Consensus Point is that a little-known Fire Department of New York radio transcript unmistakably refutes the claim that there were widespread fires in World Trade Center 2 (the South Tower) the morning of 9/11.

The evidence of firefighter teams operating calmly, methodically, and with confidence that they could easily defeat the fires in the South Tower refutes the official claim that floors in the vicinity of the airplane strike were all “infernos,” and that the building was unstable and about to collapse.

The second new Consensus Point concerns the omission of evidence in the official narrative that two senior New York City employees reported a massive explosion deep inside World Trade Center (WTC) 7 on the morning of 9/11, which trapped them in a stairwell for 90 minutes.

The statements of these two men support evidence presented elsewhere by the Consensus Panel showing that WTC 7 did not fall from fire alone but was brought down through demolition.

The Panel employs a methodology used in medicine to generate consensus statements of the best available evidence on specific topics. During the survey process, the expert respondents remain blind to one another through three rounds of revision and feedback.

Over a five-year period the Consensus Panel has published 48 Points of evidence refuting the official story.