Home Consequences Bigger Picture Total Surveillance State: One Database to Rule Them All

June 20, 2006: For many years, those working to create a total surveillance state have employed the “salami tactic” of taking away our freedoms one slice at a time. Laws that directly challenge constitutional rights, like the USA PATRIOT Act, are the spectacular exception. Agencies like FEMA quietly prepare plans for martial law, and have built a “Shadow Government” for military rule without need of a written order. The Bush administration for its part has constantly tested the waters, establishing new realities by fiat (as in its creation of the “enemy combatant” category to justify unlimited detention without charges), or floating test balloons like the “Total Information Awareness” program (which was withdrawn officially, even as the NSA’s telephone surveillance proceeded to implement its spirit behind the scenes). 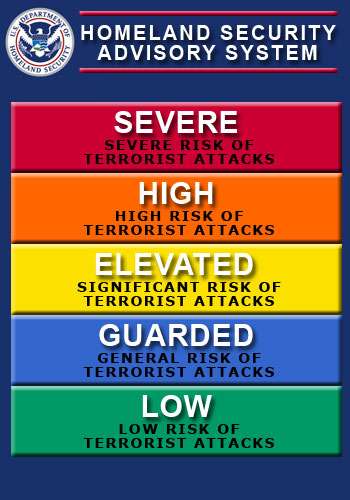 Now we must all realize that at some point, the salami runs out. It no longer makes sense to say that our government is creating a police state. The fact is, that state has arrived, complete with One Big Database and the establishment of universal jurisdictions. In an editorial published this week in New York Newsday, Ray LeMoine tells a memorable story of how he was detained by Homeland Security for several hours because of outstanding local police warrants relating to his sale of unlicensed T-shirts (“Yankees Suck,” among others). We dare not dismiss this as a minor matter; it shows that there is nothing about us in electronic form that Homeland Security does not know. Though he is clearly a believer in the official story of 9/11, LeMoine doesn’t let his humorous tone hide the true meaning of his story: Homeland Security, the “agency set up to combat terrorism after 9/11 has been given universal jurisdiction and can hold anyone on Earth for crimes unrelated to national security… erasing the lines of jurisdiction between local police and the federal state.” If we do not fight back, the day when Homeland Security can detain people for being behind on their credit card payments is not far off. A national ID card with a chip of our complete financial, health and criminal records seems almost superfluous. Once again, 9/11 was a useful pretext for those who exploit terror to wage war on freedom. (nl)

So who are they saving us from?

Arriving at JFK from Dubai recently, I was stopped at Customs by an officer from the Department of Homeland Security and directed to a drab backroom filled with Arabs, South Asians and Africans. I wasn’t surprised, really, having just spent six months working and traveling in the Islamic world – Turkey, Lebanon, Egypt and Pakistan. If ever there were a DHS red-flag candidate, I was it, and I assumed this was just protocol.

Four of those months were in Pakistan, and I had just spent a week with a journalist friend going to different madrasas, including one Islamic school visited by one of the bombers in the July 2005 attacks in London. Possibly I caught their attention by poking around the Karachi Marriot’s parking lot, across from the U.S. consulate, where a suicide bomber’s attack had killed a U.S. diplomat just two months before.

How about the hundreds of phone calls I made from Pakistan to friends and family back home that inevitably mentioned the Taliban’s resurgence and criticized President George W. Bush. Was I wiretapped? Certainly Homeland Security, whose stated mission is to “lead the unified national effort to secure America . . . prevent and deter terrorist attacks and protect against and respond to threats and hazards to the nation,” had detained me for such a reason.

Or maybe officers had questions about the Jamaat-ud-Dawa rally I’d witnessed in Kashmir. The group was protesting against the United States because it recently had been added to the State Department’s list of groups designated as terrorist organizations. Then there was Lebanon, where I’d traveled deep into the Hezbollah-held south.

No, these frontline warriors in the global war on terrorism at Homeland Security had far more pressing issues to question me about. “Why did you infringe on the Boston Celtics’ copyright in Boston in 2003?” asked my case officer, Malik – ironically a Pakistani – from behind his high desk. Uh, because I used to sell T-shirts outside sporting events, I said, wondering what this had to do with national security.

“You’ve got a long record,” he said. Sure, for peddling “Yankees Suck” T-shirts – sans permit, which isn’t a crime but a code violation – not for promoting “Bin Laden Rulz!” DVDs or the “Idiot’s Guide to Suicide Bombing.”

“You know, we could have you sent up to Boston for the unresolved T-shirt infractions,” Malik said. “But what we’re holding you for is an NYPD bench warrant from 2004. You were in a fight with a parking attendant . . . and then missed a court date.” All true. But how and why does Homeland Security share the NYPD’s jurisdiction in cases unrelated to counter-terrorism? A fight over a parking space hardly counts as terrorism.

“We’re calling NYPD to come to pick you up,” Malik told me, without asking a single question about Pakistan, terrorism, Islam or madrasas.

So I sat and waited. Four DHS officers working two cases – a Senegalese guy who was caught with $100,000 in a suitcase and mine – couldn’t even get the NYPD on the phone. A debate then broke out among Malik, his co-worker and their boss about how to call the NYPD. Six hours later, the DHS still hadn’t gotten word from the NYPD. A shift change was coming up, and officers aren’t allowed to leave until finishing all their cases.

Instead of protecting the homeland from such a dangerous T-shirt-selling, off-road-rager like me, Malik set me free, so he could get home in time to watch Mike and the Mad Dog (“Eh, is Pedro pitchin’ tonight?” I overheard an officer ask). As he closed out my paperwork, Malik asked, “So, ah, Mr. LeMoine, why did you miss that court date anyway?”

“No. I had volunteered to run a humanitarian program for the Coalition Provisional Authority but left when they started killing Westerners.”

“Damn terrorists. Take care of that warrant. And welcome home.”

Homeland Security, the $40-billion-a-year agency set up to combat terrorism after 9/11, has been given universal jurisdiction and can hold anyone on Earth for crimes unrelated to national security – even me for a court date I missed while I was in Iraq helping America deter terror – without asking what I had been doing in Pakistan among Islamic extremists the agency is designated to stop.

Instead, some of its actions are erasing the lines of jurisdiction between local police and the federal state, scarily bringing the words “police” and “state” closer together. As long as we allow Homeland Security to act like a Keystone Stasi, terrorism will continue to win in destroying our freedom.

Ray LeMoine is co-author, with Jeff Neumann and Donovan Webster, of “Babylon by Bus,” an account of LeMoine and Neumann’s experiences working for the Coalition Provisional Authority in Iraq.