This is a three-part one-of-a-kind interview series with author and researcher Paul Thompson by Sibel Edmonds and Peter B. Collins of Boiling Frogs. For additional background information please visit the complete 9/11 Timeline Investigative Project at HistoryCommons.org and Richard Clarke’s interview by John Duffy and Ray Nowosielski at SecrecyKills.com .

Paul Thompson joins us to discuss the latest revelations by former counterterrorism czar Richard Clarke and his explosive allegations against three former top CIA officials — George Tenet, Cofer Black and Richard Blee — accusing them of knowingly withholding intelligence about two of the 9/11 hijackers, Nawaf al-Hazmi and Khalid al-Mihdhar, who had entered the United States more than a year before the attacks. He provides us with the most comprehensive history and context to date on Nawaf al-Hazmi and Khalid al-Mihdhar, who hijacked American Airlines Flight 77 with three other terrorists and flew the jetliner directly into the Pentagon killing 189 people. Mr. Thompson takes us through a mind-boggling journey through the Yemen Hub, the highly critical Malaysia Summit, Thailand, USS Cole bombing, CIA’s Alec Station, NSA, FBI and beyond!

Paul joins us to discuss one of the most blacked-out and censored aspects of Al-Qaeda-CIA connections: The partnership and alliance between the CIA and Al Qaeda and their joint operations in Central Asia, Balkans and Caucasus throughout the 1990’s. Mr. Thompson talks about Al-Qaeda’s Balkans operations, running training camps, money-laundering, and drug running networks in the region, Ayman Al-Zawahiri and his residence in Bulgaria in order to help manage the Al Qaeda effort in nearby Bosnia, the Al Qaeda cells in Chechnya and Azerbaijan, BCCI and more! 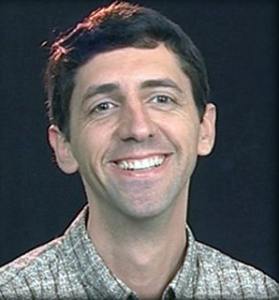 Paul Thompson is the author of The Terror Timeline , a compilation of over 5,000 reports and articles concerning the September 11, 2001 attacks. His research in the field has garnered over 100 radio and TV interviews. He holds a psychology degree from Stanford University obtained in 1990. For the complete 9/11 Timeline Investigative Project visit HistoryCommons.org

9/11 Conspiracy Theories: Do Firefighters Believe Them?

Judge in 9/11 Suits Feels No Regret That None Ever Went...

What’s happening with the impeachment effort?

9/11 Truth Movement Gets a Nudge, a Bump and a Jolt