Honegger’s hypothesis is that no plane impacted the Pentagon on September 11, 2001, and that pre-planted explosives caused most the deaths and damage. Honegger also postulates that a large “white” plane was destroyed outside the Pentagon west wall without causing damage to the wall.

The authors of the above paper refute Honegger’s hypothesis and show that the physical, eyewitness, radar, and FDR data, plus other data, all support impact by a large silver plane, a Boeing 757, and most probably American Airlines Flight 77, as the main cause of all the deaths and damage. 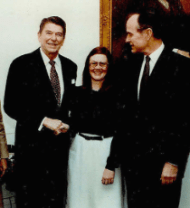 W The question of whether or not a large plane hit the Pentagon on September 11, 2001 has been vigorously debated by critics of the government’s account ever since the event itself.
Recently, Barbara Honegger has become a leading and visible proponent of the “pre-planted explosives only” hypothesis, with the added claim that a large plane was destroyed outside the Pentagon wall without damaging the wall. This paper shows that this hypothesis cannot address the physical and eyewitness evidence that overwhelmingly points to large plane impact as the primary cause of damage and death.

A. Introduction
A great deal has been written about the Pentagon event on 9/11 and a large number of theories have been put forward, starting with Thierry Meyssan’s “no-plane” hypothesis (see Section B). Previous papers, articles, videos and websites by the present authors on these theories are listed in Appendix H.

A major paper on the generic “no plane” and other theories by one of the authors already exists3. It is therefore not the goal of this paper to discuss the many different proposed theories except in passing. Readers can best consider the aforementioned paper along with this paper. See Appendix B for a Summary of the Flight Path Damage and Debris based largely on previous papers.

Download the full paper here or view the paper in the Pentagon section of Scientificmethod911.org.