Film Premiere of ‘Zero – An Investigation into 9/11’ on Austrian National Public...

Good News for 9/11 Truth in the Austrian airwaves! Austrian national public
broadcasting TV station ORF (the equivalent to BBC or German ARD) will be showing
the premiere of the German version of "Zero – An Investigation into 9/11"
by the Italian member of EU parliament Giulietto Chiesa.

This is indeed good news of a decent amount of courage by journalists working
in a public broadcasting station. Unlike the BBC or German ARD, the Austrians
seem to have a bit more courage concerning that topic. It will be a German-dubbed version, which will be a TV premiere. The German title: "9/11 – WAS STECKT WIRKLICH
DAHINTER?" ("9/11 – What’s really behind it?").

German-speaking 9/11 truth activists should thank the journalists for their
courage. You can do that by sending feedback here: http://tv.orf.at/dok.film/ 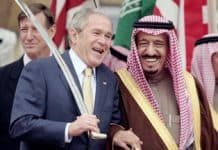