Ever since the moment of the first impact at the World Trade Center, a struggle has raged between two broad, competing ideas of what really happened on September 11th, 2001.

The US administration delivered an almost immediate verdict, which can be described as follows: Dispatched by Osama Bin Ladin’s network and motivated by hatred and religious fanaticism, 19 suicide bombers hijacked four planes, crashed three of them into their targets, and caused the collapse of the Twin Towers as a consequence of the resulting damage and fires. The 19 men did not necessarily require any accomplices within the United States; and no one in the US government could have possibly anticipated or prevented the attacks.

Even as the administration exploited this Official Story (or “Official Conspiracy Theory”) as the pretext to launch new wars long in the making, independent researchers began to accumulate a vast body of evidence suggesting a different narrative for 9/11: that of the False Flag Operation.

The 9/11 events and the anomalies in the official story raised Unanswered Questions about:

The suspicions received further confirmation a few weeks after September 11th, with the arrival of anthrax letters targeted only at opposition politicians and media figures, and timed to coincide with the introduction of the USA PATRIOT Act. 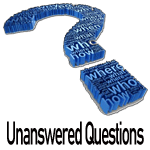 Already within those first weeks, loose networks of researchers and investigators formed via the Internet to generally become known as the “9/11 skeptics.” They presented substantial bodies of evidence to show that elements within the US government must have been involved in facilitating or orchestrating the attacks – in other words, that 9/11 was possibly a classic case of “false-flag” or synthetic terrorism, such as corrupt states have often perpetrated on their own citizens.

What motive would people in the US government or establishment have to commit crimes of this magnitude? The outrage caused by September 11th allowed the Bush administration to instantly implement policies its members have long supported, but which were otherwise infeasible. 9/11 was exploited to launch an open-ended, perpetual “war on terror,” actually a war against any and all enemies the US government may designate. The case of Iraq shows that the target countries of this war need have nothing whatsoever to do with 9/11.

The invasions of Iraq and Afghanistan were both planned and prepared in advance of September 11th, with the apparent motive of gaining geostrategic advantage and seizing vital resources. The architects of the Iraq invasion within the Bush administration had earlier been members of the Project for a New American Century. In the PNAC manifesto of September 2000 (“Rebuilding America’s Defenses”), they admitted that the American people would be unwilling to pay the stiff price for US global hegemony, full-spectrum military dominance, and the imposition of a new order in the Middle East – unwilling, that is, in the absence of a catalyzing event, an epochal lesson such as a “new Pearl Harbor.”

9/11 put the nation on a permanent war footing, allowed the extension of secrecy doctrines, and temporarily deified the President. The unprecedented public fear was stoked and exploited to allow a roll-back of domestic rights and liberties, as had long been advocated by key members of the Bush administration (and their allies in both major parties). 9/11 allowed the designation of “enemy combatants” in violation of international law; preventive detention and the open use of torture; the activation of long-standing “shadow government” plans; the passage of measures officially undermining constitutional government; and a wholesale re-definition of US geopolitics and American society itself.

Perhaps most important of all to potential conspirators, trillions of dollars in spending priorities were predictably shifted from “butter” to “guns” in the years after September 11th, unleashing a new wave of growth and profiteering in the war and security industries. 9/11 became a pretext for economic crisis management and transformation under the cover of war and counterterror.

From the beginning, those who doubted the official story saw the potential for achieving a different kind of global transformation. By exposing the great fraud to the public, the 9/11 dissidents hoped to reverse the policies adopted after September 11th; to end the wars; to reveal a long and sordid history of covert operations, black budgets and hidden economics; to wake up the American people to the reality of the globalist drive to corporate feudalism, which is destroying the natural environment and the lives of the planetary majority; and to motivate the people to act against this sea of troubles.

The first two years after September 11th saw the rise of the Families’ Movement, which kept the issue of the “unanswered questions” alive, and which forced the creation of the official 9/11 Commission. The Bush administration acted to delay, stonewall and starve all official investigations – with the complicity of the mainstream media, who ignored the festering questions or at best ridiculed those who asked them.

Many signs confirmed that there was indeed a 9/11 Cover-up: outrageous conflicts of interest within official investigating bodies, such as the appointment of Henry Kissinger and then Philip Zelikow to the 9/11 Commission; destruction of evidence; the silencing of whistleblowers; and the promotion of the very officials who were responsible for the supposed failures of September 11th. For many, the 9/11 cover-up itself became the smoking gun pointing to wrongdoing: the untenable excuses of massive serial incompetence; the endless coincidences; the insulting fairy tale that “no one could have imagined planes as weapons”; the omission and suppression of any evidence contradicting the official story.

Dear 9/11 Truth Advocate: Since 2002, 911truth.org has been a trusted resource for accurate news and information related to the crimes of September 11th, 2001. A small group of committed truth advocates has worked tirelessly over the years to compile this historical record, not found in either establishment history books or mainstream media. It continues to be developed, added to, corrected and enhanced as time goes on.

911Truth.org is the oldest continuously published website pertaining to the crimes of 9/11/2001, in furtherance of our mission “to provide, the best in investigative reporting, scholarly research and public education regarding the suppressed realities of September 11th, its aftermath and exploitation for political ends, the toxic air cover-up, and the anthrax attacks; mindful always of standards of fact and logic, the limits of what we know in the absence of official investigative powers, and the dangers of rumor and unconfirmed or false claims.” This website represents the work of thousands of researchers, students, activists, academics and concerned citizens who have contributed literally millions of hours toward that end.