I want to start off on my discussion about the FAA and NORAD on the day of 9/11 with a quote from Senator Mark Dayton. Last year he read the 9/11 Commission report and was quite outraged. Let me tell what he had to say. NORAD and the FAA have covered up “catastrophic failures” that left the nation vulnerable during the 9/11 hijacking “. For almost three years now, NORAD officials and FAA officials have been able to hide their critical failures that left this country defenseless, during two of our worst hours in history. NORAD officials lied to the American people, they lied to congress, and they lied to your 9/11 Commission to create a false impression of competence, communication and protection of the American people.”

He calls NORAD and FAA’s failures “the most gross incompetence, dereliction of responsibility and negligence in those extreme circumstances, that I’ve witnessed in the public sector.” 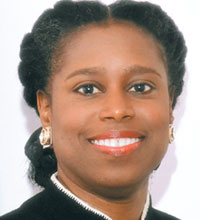 Now, what exactly is he talking about? What are these failures that were so grave? Let me just start real briefly in mentioning what was happening before 9/11, what the standard procedure was? NORAD, (if you don’t know that’s the military organization that defends the skies over the U.S.), and the FAA, they had established standard procedures for air traffic controllers to contact NORAD whenever civilian aircraft strayed from their pre-arranged flight course, or when they lost contact with air traffic control.

When NORAD was contacted, they would typically send a fighter up to intercept the plane and figure out what was wrong. And then there would be a graduated response, they might tip their wings, they might look into the cockpit and try to figure out what the problem was. Now NORAD claims that at the time of 9/11, the fighters on alert had up to 15 minutes to get airborne. And in fact, it just so happened that there were military exercises that were taking place that day, and they say that because of that exercise, the response time was more like 5 minutes, so within 5 minutes, they could have gotten the planes up into the air.

Now, this was contrary to what some people say, this was actually an extremely common and standard procedure before 9/11, and it did not require White House approval. People would just make the decision on the spot in NORAD. For instance, in the year 2000, there 425 ‘unknowns’? pilots who didn’t file flight plans, or they diverted from the flight plans, or they were using the wrong radio frequency, or something of that matter. In many cases the issues would get resolved quickly, but in that year, pilots had to take off and investigate these unknowns 129 times in the course of the year.

What was supposed to happen on 9/11, which was that the fighters would get up very quickly, actually happened on a very regular basis, a couple times a week, before 9/11. But what’s strange, and what Mark Dayton is making reference to, is that there’s all these conflicting accounts about what happened and how quickly the fighters responded, and I actually count 5 major accounts of what happened that day that are in serious conflict with each other.

Originally in the days after 9/11, right after 9/11, Richard Meyers, the acting Joint Chief of Staff Chairman, NORAD spokesmen, New York Mayor Rudolph Guliani, they all said that there were “no fighters” launched on the morning of 9/11, until after the Pentagon was hit, at 9:37. But then, just days later, on September 18th, 2001, NORAD put forth a timeline, they released a timeline, that was significantly different. They said that fighters had been ordered to launch 45 minutes earlier than their first account.

And then, in May 2003, a NORAD official testified under oath before the 9/11 Commission, and they put forth yet a different timeline that had many different numbers about what happened, and when it happened. And then in January 2004 there was a book put out by the military called “Air War Over America” that had yet again a very different account about what happened and when it happened, and finally the 5th timeline we come to is put forth by the 9/11 Commission in June and July of 2004, and this one is probably the most conflicted of all. It’s almost a complete rewrite of what happened with the hijacked planes and the response from the fighters, so there’s all this confusion?

And I have very limited time here to talk this, it’s a very complicated issue so what I’ve decided to do was rather than go in depth on all 4 flights, I’m just gonna focus on one of the flights, and we can use that as a case study to actually see what was indicative of all the flights, so I decided to focus on Flight 77.

Let me just give you some brief information about what happened there. The problem began at 8:56, when the transponder signal was turned off. So there was no longer a radar signal, except for the backup radar signal, and at the same time, radio communication with the air traffic control stopped. By this time, one of the planes had already crashed into the World Trade Center, some of the other planes are missing, so certainly, this would be evidence that the plane has been hijacked, or at least to strongly suspect that.

However, the 9/11 Commission says that the air traffic control, (which was the Indianapolis Air Traffic Control Center), when they got this information “they no longer had the transponder signal, they no longer have radio contact” but they don’t tell anybody about this. This is what the 9/11 Commission says but there are a lot of problems with this. For instance, from other accounts, we know that within minutes of the plane disappearing, AmericanAirlines headquarters was notified, according to newspaper reports and even the testimony of some people from AmericanAirlines, and then according to the New York Times, the National Military Command Center, the NMCC, located in the Pentagon, was also notified. This was within minutes. This is what you would expect, that notification would be going out.

They didn’t contact NORAD to follow standard procedure, something that had happened 129 times the previous year, when you lose contact with a plane, as a matter of course, you send a fighter up to see what happened?

The 9/11 Commission claims that not only did they not contact NORAD, they didn’t contact the FAA headquarters, they didn’t contact FAA Command Center, (which was responsible for the day-to-day operations of the whole air traffic system), they didn’t even contact neighboring flight control centers to see if any of them had spotted the missing plane.

Then at 9:05, the plane re-appeared in air space managed by Indianapolis, allowing them to realize the plane had turned around and was heading east towards Washington D.C., we even had AmericanAirlines headquarters claiming in their testimony to the 9/11 Commission that they had been told that the plane was turned around.

The 9/11 Commission says this isn’t so. I find this quite incredible. The 9/11 Commission claims it wasn’t until 9:20 when Indianapolis communicated with the FAA Command Center to notify them that Flight 77 was missing. Then the information started to get out to other command centers, but still NORAD wasn’t notified.

Over half an hour later, the plane has been missing, still no one notifies NORAD, until finally 9:34, three minutes before the plane crashes, and then it was only mentioned inadvertently, in passing when talking about something else.

In order for this to be true, the 9/11 Commission is making the claim essentially that the Indianapolis Flight Control Center, and the local FAA center that they contacted were in a complete lack of contact with the outside world during this time. They were unaware, unlike the 10’s of millions of people who were watching CNN, that there was an ongoing crisis. Two planes had crashed into the World Trade Center. They’re saying that all the way until 9:20, it’s been over half an hour, breaking news, nobody in this Indianapolis Fight Control Center or the FAA center had any idea that any of this had been happening.

And we know that this just isn’t true, in fact there was one news report saying that other centers such as theirs had been aware of the crisis long before the first plane even crashed into the first World Trade Center.

So we see an account coming from the 9/11 Commission that, in my opinion that is frankly impossible, and I could go into a lot of length, (unfortunately I’m out of time), about the fighter response, but we see all kinds of similar anomalies that really don’t stand up when you look at them logically.

And according to what the 9/11 Commission says, no fighter actually came to defend Washington for this plane, or any other plane until about 10:00.

That’s really remarkable, I mean this plane was missing at 8:56, and nothing was done to defend Washington, no plane arrived for over an hour.

Thank you very much.


Watch C-SPAN video of the event:  Part 1 and Part 2. (Descriptions below).

September 11 Commission Report Results, Pt. 1 Families of victims, former intelligence officials, and authors spoke at a daylong forum on the September 11 Commission Report. They focused on the methodology of the investigation, recommendations made by the commission, causes of the attacks, and government responses to the attacks. The first half of the forum included such topics as flaws in the process, a call for accountability, foreknowledge and forewarnings of 9/11, as well as omissions and errors in the Commissions’ final report. There were also question and answer discussions between the participants.

Mr. Ahmed is the author of The War on Freedom: How and Why America was Attacked, September 11, 2001, published by Media Messenger Books.

Mr. Thompson is the author of The Terror Timeline: Year by Year, Day by Day, Minute by Minute: A Comprehensive Chronicle of the Road to 9/11 – and America’s Response, published by Regan Books.

Mr. Ruppert is the author of Crossing the Rubicon: The Decline of the American Empire at the end of the Age of Oil, published by New Society Publishers.

September 11 Commission Report Results, Pt. 2 Families of victims, former intelligence officials, and authors spoke at a daylong forum on the September 11 Commission Report. They focused on the methodology of the investigation, recommendations made by the commission, causes of the attacks, and government responses to the attacks. The second half of the forum included such topics as terrorist financing, neo-conservatives, covert operations, foreign policy, domestic policy, civil liberties, congressional oversight, and intelligence. There were also question-and-answer discussions between the participants.