WASHINGTON — For more than a decade, questions have lingered about the possible role of the Saudi government in the attacks on Sept. 11, 2001, even as the royal kingdom has made itself a crucial counterterrorism partner in the eyes of American diplomats.

Now, in sworn statements that seem likely to reignite the debate, two former senators who were privy to top secret information on the Saudis’ activities say they believe that the Saudi government might have played a direct role in the terrorist attacks.

“I am convinced that there was a direct line between at least some of the terrorists who carried out the September 11th attacks and the government of Saudi Arabia,” former Senator Bob Graham, Democrat of Florida, said in an affidavit filed as part of a lawsuit brought against the Saudi government and dozens of institutions in the country by families of Sept. 11 victims and others. Mr. Graham led a joint 2002 Congressional inquiry into the attacks.

His former Senate colleague, Bob Kerrey of Nebraska, a Democrat who served on the separate 9/11 Commission, said in a sworn affidavit of his own in the case that “significant questions remain unanswered” about the role of Saudi institutions. “Evidence relating to the plausible involvement of possible Saudi government agents in the September 11th attacks has never been fully pursued,” Mr. Kerrey said.

Their affidavits, which were filed on Friday and have not previously been disclosed, are part of a multibillion-dollar lawsuit that has wound its way through federal courts since 2002. An appellate court, reversing an earlier decision, said in November that foreign nations were not immune to lawsuits under certain terrorism claims, clearing the way for parts of the Saudi case to be reheard in United States District Court in Manhattan.

Lawyers for the Saudis, who have already moved to have the affidavits thrown out of court, declined to comment on the assertions by Mr. Graham and Mr. Kerrey. “The case is in active litigation, and I can’t say anything,” said Michael K. Kellogg, a Washington lawyer for the Saudis.

Officials at the Saudi Embassy in Washington, who have emphatically denied any connection to the attacks in the past, did not respond Wednesday to requests for comment. 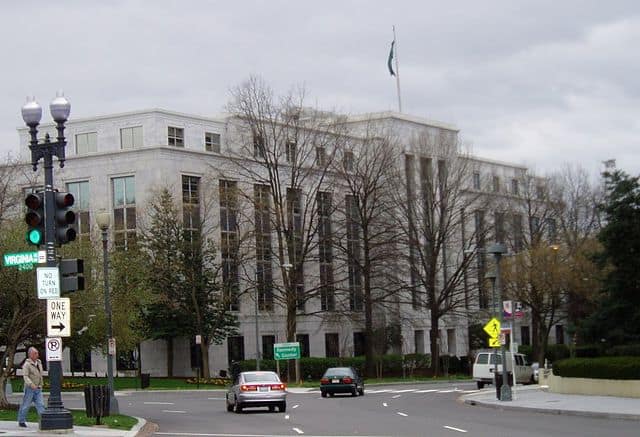 The Saudis are seeking to have the case dismissed in part because they say American inquiries — including those in which Mr. Graham and Mr. Kerrey took part — have essentially exonerated them. A recent court filing by the Saudis prominently cited the 9/11 Commission’s “exhaustive” final report, which “found no evidence that the Saudi government as an institution or senior Saudi individuals funded” Al Qaeda.

But Mr. Kerrey and Mr. Graham said that the findings should not be seen as an exoneration and that many important questions about the Saudis’ role had never been fully examined, partly because their panels simply did not have the time or resources given their wider scope.

Terry Strada of New Vernon, N.J., whose husband died in the World Trade Center, said it was “so absurd that it’s laughable” for the Saudis to claim that the federal inquiries had exonerated them.

Unanswered questions include the work of a number of Saudi-sponsored charities with financial links to Al Qaeda, as well as the role of a Saudi citizen living in San Diego at the time of the attacks, Omar al-Bayoumi, who had ties to two of the hijackers and to Saudi officials, Mr. Graham said in his affidavit.

Still, Washington has continued to stand behind Saudi Arabia publicly, with the Justice Department joining the kingdom in trying to have the lawsuits thrown out of court on the grounds that the Saudis are protected by international immunity.

State Department officials did not respond to requests for comment on Wednesday on the impact of the court declarations.

The senators’ assertions “might inject some temporary strain or awkwardness at a diplomatic level,” said Kenneth L. Wainstein, a senior national security official in the George W. Bush administration. Even so, he said, “the United States and the Saudis have developed strong counterterrorism cooperation over the last decade, and that relationship will not be undermined.”

The 9/11 Families United to Bankrupt Terrorism today applauded former Senators Bob Graham (FL) and Bob Kerrey (NE), who provided declarations on the families’ behalf that were filed in Federal Court for the Southern District of New York strongly disagreeing with papers filed by the Kingdom of Saudi Arabia and the Saudi High Commission claiming that they had been “exonerated” of any connection to the 9/11 terrorist attacks. The Senators, who both held leadership roles in the investigations by the U.S. government into the 9/11 attacks, urged the Court to reinstate the Kingdom and the Saudi High Commission into federal litigation (In re Terrorist Attacks) and encouraged the Court to allow a thorough investigation of any connection between the two and al Qaeda and the 9/11 attacks.

“The families and survivors of the atrocities of 9/11 have not given up hope for justice. We are determined to expose the truth,” said Beverly Burnett of Bloomington, Minn., mother of Thomas E. Burnett, Jr., one of the heroes of United Flight 93. “The financiers and enablers of those who murdered our loved ones are still alive, well and capable of supporting terrorism. The trail back to them still points to Saudi Arabia.”

Senator Graham was chairman of the Senate Select Committee on Intelligence on 9/11 and subsequently co-chaired the Joint Inquiry of the Senate and House Intelligence Committees into the intelligence surrounding the terrorist attacks. In a sworn statement to the Court, he stated, “that there was a direct line between at least some of the terrorists who carried out the September 11th attacks and the government of Saudi Arabia, and that a Saudi government agent living in the United States, Omar al Bayoumi, provided direct assistance to September 11th hijackers Nawaf al Hazmi and Khalid al Mihdhar.”

Senator Graham further declared, “Another issue deserving of further attention and investigation concerns the involvement of Saudi based charities in the provision of financial and other support to al Qaeda, and the precise character of the relationships between those charities and the government of the Kingdom.”

Senator Kerrey, a U.S. Senator from 1989 to 2001 and a member of the bi-partisan National Commission on Terrorist Acts Upon the United States (the “9/11 Commission”) declared the need for further investigation. “To the extent the Kingdom and the Saudi High Commission offer those statements in support of the position that the 9/11 Commission fully exonerated Saudi Arabia and any Saudi government charities for any potential culpability for the financing and emergence of al Qaeda or the events of September 11, 2001, following a comprehensive evaluation of all potentially relevant evidence, the Kingdom and the Saudi High Commission are incorrect,” he wrote in response to a Memorandum of Law filed by the Kingdom and the SHC.

Responding to the characterization of the 9/11 Commission’s statements about the Kingdom and the Saudi High Commission as “exhaustive” or “conclusive” in the Memorandum of Law, Senator Kerrey declared, “Stated simply, the 9/11 Commission did not have the time, opportunity or resources to pursue all potentially relevant evidence on that important question, and the American public deserves a more comprehensive inquiry into the issue.”

“No one – neither the 9/11 Commission nor the Congressional Investigation – cleared Saudi Arabia or the High Commission,” said Bill Doyle of The Villages, Fla., father of Joseph M. Doyle, who died in the World Trade Center. “We know 28 pages of the Congressional Report that were redacted were specifically about the Kingdom. The U.S. Government needs to stop blocking the public from seeing those 28 pages and let this investigation go forward.”

“Finally someone who knows some of the truth about 9/11 is standing up and saying ‘wait a minute, we didn’t give those guys the all clear’ as Saudi Arabia has been saying for several years. Exonerated, I don’t think so!” said Sharon Premoli of Dorset, Vt., who was trapped by the collapse of the World Trade Center and maintains the advocacy website, www.JusticeAgainstTerrorism.org.

“It’s so absurd that it’s laughable to actually claim that the 9/11 Commission had the authority or audacity to exonerate the Kingdom of Saudi Arabia and the charities that supported the attacks on our nation,” said Terry Strada of New Vernon, N.J., widow of Tom Strada, who died in the World Trade Center, “Quite the contrary, we the families will never give up our pursuit for justice, to bring the financiers of the murders of our loved ones to court and to prosecute these criminals under our judicial system!”

The 9/11 Families United to Bankrupt TerrorismThis group is comprised of more than 6,600 family members of those killed in the attacks of 9/11 and those injured as well. They are united in the cause of pursuing justice and deterring future terrorist attacks. To do so, they are using the civil legal system to pursue those who financed and provided support for those cowardly terrorist attacks. The case is In Re Thomas E. Burnett, Sr., et al. v. Al Baraka Investment & Development Corp., et al., Case No. 03-CV-9849 (GBD); In Re Terrorist Attacks on September 11, 2001, 03 MDL 1570. The families are represented by civil litigation firm Motley Rice LLC.