Can the government make demands for data entirely in secret?

That was the question yesterday before a federal appeals court in San Francisco, where government lawyers argued that National Security Letters — FBI requests for information that are so secret they can’t be publicly acknowledged by the recipients — were essential to counterterrorism investigations. The telecom company and internet provider that have challenged the National Security Letters (known as NSLs) still can’t even be named. 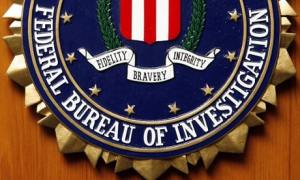 Last year, in a sharp rebuke to the government, a judge found that the gag order that comes with NSLs violated the First Amendment. The nondisclosure rule “significantly infringe[s] on speech regarding controversial government powers,” U.S. District Judge Susan Illston, of Northern California, wrote in March 2013. She also ordered that the FBI stop sending out NSLs entirely, but put the order on hold to give the government a chance to appeal.

The government, predictably, did appeal, and in arguments yesterday before the 9th Circuit, a Justice Department lawyer said that they would lose “an extremely useful tool” if the court upholds the ban on NSLs. (Documents related to the case can be found here.)

The letters, the reach of which was expanded under the Patriot Act in 2001, let the FBI get business records from telephone, banking, and Internet companies with just a declaration that the information is relevant to a counterterrorism investigation.

The Electronic Frontier Foundation, which is representing the unnamed communications companies, argues that the FBI can get such information with a subpoena or another method with some judicial oversight.

One of the judges seemed to question why there was no end-date on the gag orders, and why the burden was on the recipients of NSLs to challenge them.  “It leaves it to the poor person who is subject to those requirements to just constantly petition the government to get rid of it,” said the judge, N. Randy Smith.

The FBI sends out thousands of NSLs each year – 21,000 in fiscal year 2012.  The Justice Department’s Inspector General has put out several reports in recent years critical of the bureau’s use of the letters, and President Obama’s surveillance review group recommended stricter standards for them earlier this year.

Google, Yahoo, Facebook and Microsoft filed a brief in support of the NSL challenge, arguing that they want to “publish more detailed aggregate statistics about the volume, scope and type of NSLs that the government uses to demand information about their users.”

Twitter also announced this week that it was suing the U.S. government over restrictions on how it can talk about surveillance orders. Tech companies can currently make public information about the number of NSLs or Foreign Intelligence Surveillance Court orders they receive in broad ranges, but Twitter wants to be more specific.