September 23, 2007 — Seven CIA veterans have severely criticized the official account of 9/11 and have called for a new investigation. “I think at simplest terms, there’s a cover-up. The 9/11 Report is a joke,” said Raymond McGovern, 27-year veteran of the CIA, who chaired National Intelligence Estimates during the seventies. “There are a whole bunch of unanswered questions. And the reason they’re unanswered is because this administration will not answer the questions,” he said. McGovern, who is also the founder of VIPS (Veteran Intelligence Professionals for Sanity), is one of many signers of a petition to reinvestigate 9/11.[1] 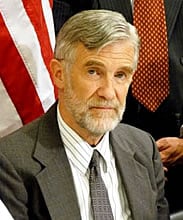 During his 27-year CIA career, McGovern personally delivered intelligence briefings to Presidents Ronald Reagan and George H.W. Bush, their Vice Presidents, Secretaries of State, the Joint Chiefs of Staff, and many other senior government officials. Upon retirement in 1990, McGovern was awarded the CIA’s Intelligence Commendation Medallion and received a letter of appreciation from then President George H. W. Bush. However, McGovern returned the award[2] in 2006 in protest of the current George W. Bush Administration’s advocacy and use of torture.

In his blurb for 9/11 and American Empire: Intellectuals Speak Out, edited by David Ray Griffin and Peter Dale Scott, McGovern wrote[3]: “It has long been clear that the Bush-Cheney administration cynically exploited the attacks of 9/11 to promote its imperial designs. But the present volume confronts us with evidence for an even more disturbing conclusion: that the 9/11 attacks were themselves orchestrated by this administration precisely so they could be thus exploited. If this is true, it is not merely the case, as the Downing Street memos show, that the stated reason for attacking Iraq was a lie. It is also the case that the whole “war on terror” was based on a prior deception. This book hence confronts the American people—indeed the people of the world as a whole—with an issue second to none in importance and urgency. I give this book, which in no way can be dismissed as the ravings of ‘paranoid conspiracy theorists,’ my highest possible recommendation.”

William Christison, a 29-year CIA veteran, former National Intelligence Officer (NIO) and former Director of the CIA’s Office of Regional and Political Analysis also describes the 9/11 Commission Report as a “joke” and offers even more outspoken criticism. In a 2006 audio interview[4] he said, “We very seriously need an entirely new very high level and truly independent investigation of the events of 9/11. I think you almost have to look at the 9/11 Commission Report as a joke and not a serious piece of analysis at all.” 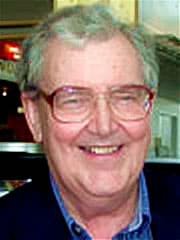 Earlier this year, in an endorsement of David Ray Griffin’s book, Debunking 9/11 Debunking, Christison wrote[5], “[There’s] a strong body of evidence showing the official U.S. Government story of what happened on September 11, 2001 to be almost certainly a monstrous series of lies.” And in an online essay[6] in late 2006, he wrote, “I now think there is persuasive evidence that the events of September did not unfold as the Bush administration and the 9/11 Commission would have us believe. … An airliner almost certainly did not hit The Pentagon. … The North and South Towers of the World Trade Center almost certainly did not collapse and fall to earth because hijacked aircraft hit them.”

Prior to his retirement from the CIA in 1979, Christison served as Director of the CIA’s Office of Regional and Political Analysis, overseeing 200 analysts who collected intelligence and provided analysis on all regions and every country in the world. Prior to that, he served as one of only a handful of NIO’s in the intelligence community. NIO’s are responsible for the intelligence community efforts in a particular area and are the principal advisors to the Director of Central Intelligence. Christison was NIO for Southeast Asia, South Asia, and Africa.

Melvin Goodman, PhD, is another former senior CIA official who calls the 9/11 Commission Report a “coverup” and who signed the petition to reinvestigate 9/11.[7] Goodman was the Division Chief of the CIA’s Office of Soviet Affairs and served as Senior Analyst from 1966 – 1990. He also served as Professor of International Security at the National War College from 1986 – 2004.

In testimony before a 2005 Congressional briefing on the 9/11 Commission Report[8], Goodman said, “I want to talk about the [9/11] Commission itself, about the flawed process of the Commission and finally about the conflict of interest within the Commission that is extremely important to understand the failure of the Commission. … The final report is ultimately a coverup. I don’t know how else to describe it.” Goodman is currently Senior Fellow at the Center for International Policy and Adjunct Professor of Government at Johns Hopkins University.

Robert Baer is another well known CIA veteran who has questioned the official account of 9/11. A 21-year CIA veteran and specialist in the Middle East, Baer was awarded the Career Intelligence Medal upon his retirement in 1997. After retirement, he wrote two best-selling non-fiction books about the CIA, See No Evil and Sleeping with the Devil, the former of which was the basis for the Academy Award-winning movie Syriana, starring George Clooney. Baer was also the writer and on-camera commentator for the Emmy Award-nominated documentary Cult of the Suicide Bomber. 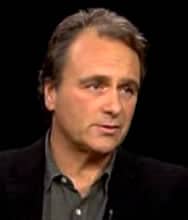 Baer has repeatedly questioned whether al-Qaida could have accomplished 9/11 alone. The 9/11 Commission Report categorically found al-Qaida to be entirely responsible for 9/11, stating, “Similarly, we have seen no evidence that any foreign government — or government official — supplied any funding.” However, this 9/11 Commission finding directly contradicts the earlier finding of the Joint House-Senate Select Intelligence Committee’s 2002 Report[9] (p.415) of “sources of foreign support for some of the September 11 hijackers.”

In a 2002 essay[10] for The Guardian, Baer wrote, “Did bin Laden act alone, through his own al-Qaida network, in launching the attacks? About that I’m far more certain and emphatic: no.” In subsequent interviews, Baer has suggested that support for the attacks could have come from Saudi Arabia and Iran.

In 2006, during an interview by Thom Hartmann[11], Baer, after commenting on the financial profits being made from 9/11, was asked: “What about political profit? There are those who suggest that … someone in that chain of command … had pretty good knowledge that 9/11 was going to happen — and really didn’t do much to stop it — or even obstructed efforts to stop it because they thought it would lend legitimacy to Bush’s … failing presidency.” Baer replied: “Absolutely.” Hartmann then asked, “So you are personally of the opinion … that there was an aspect of ‘inside job’ to 9/11 within the U.S. government?” To which Baer replied, “There is that possibility, the evidence points at it.” When Hartmann continued, “And why is it not being investigated?” Baer replied, “Why isn’t the WMD story being investigated? Why hasn’t anybody been held accountable for 9/11? We held people accountable after Pearl Harbor. Why has there been no change in command? Why have there been no political repercussions? Why has there been no — any sort of exposure on this? It really makes you wonder.”

In his blurb for the revised and updated edition of David Ray Griffin’s Debunking 9/11 Debunking, Baer wrote[12]: “Until we get a complete, honest, transparent investigation …, we will never know what happened on 9/11.”

“I am forced to conclude that 9/11 was at a minimum allowed to happen as a pretext for war,” wrote well-known intelligence analyst Robert David Steele in 2006 in a review of the book, 9/11 Synthetic Terror by Webster Tarpley[13]. Steele is the author of numerous books on the intelligence services and is currently the CEO of OSS.net, a proponent of Open Source Intelligence. Steele has 25 years of combined service in the CIA and the U.S. Marine Corps. He also served as the second ranking civilian (GS-14) in U.S. Marine Corps Intelligence from 1988 – 1992 and was a member of the Adjunct Faculty of Marine Corps University. Steele continued, “I have to tell anyone who cares to read this: I believe it. I believe it enough to want a full investigation that passes the smell test of the 9/11 families as well as objective outside observers.” 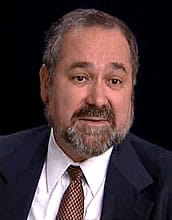 In a subsequent interview, Steele said, “The U.S. government did not properly investigate this [9/11] and there are more rocks to be turned over,” and added, “I’m absolutely certain that WTC 7 was brought down by controlled demolition and that, as far as I’m concerned, means that this case has not been properly investigated. There’s no way that building could have come down without controlled demolition.”

In late 2004, a group of 25 intelligence service and law enforcement veterans sent a joint letter to Congress[15] expressing their concerns about “serious shortcomings,” “omissions,” and “major flaws” in the 9/11 Commission Report and offering their services for a new investigation. Their letter was apparently entirely ignored. Among the signers were four CIA veterans; Raymond McGovern and Melvin Goodman (both mentioned above) and Lynne Larkin and David MacMichael.

Lynne Larkin was a CIA Operations Officer who served in several CIA foreign stations before being assigned to the CIA’s Counter-Intelligence Center. There, she co-chaired a multi-agency task force, which, among other functions, provided direction to other federal agencies for coordinating intelligence efforts among the many intelligence and law enforcement agencies. 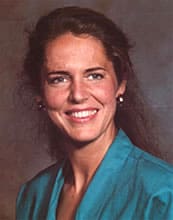 David MacMichael, PhD, is a former Senior Estimates Officer at the CIA with special responsibility for Western Hemisphere Affairs at the CIA’s National Intelligence Council. Prior to joining the CIA, he served as a U.S. Marine Corps officer for ten years and for four years as a counter-insurgency advisor to the government. 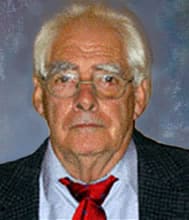 [W]e the undersigned wish to bring to the attention of the Congress and the people of the United States what we believe are serious shortcomings in the report and its recommendations. …

Omission is one of the major flaws in the Commission’s report. We are aware of significant issues and cases that were duly reported to the commission by those of us with direct knowledge, but somehow escaped attention. …

The omission of such serious and applicable issues and information by itself renders the report flawed, and casts doubt on the validity of many of its recommendations. …

The Commission, with its incomplete report of “facts and circumstances”, intentional avoidance of assigning accountability, and disregard for the knowledge, expertise and experience of those who actually do the job, has now set about pressuring our Congress and our nation to hastily implement all its recommendations. …

We the undersigned, who have worked within various government agencies (FBI, CIA, FAA, DIA, Customs) responsible for national security and public safety, call upon you in Congress to include the voices of those with first-hand knowledge and expertise in the important issues at hand. We stand ready to do our part.

And they and thousands of dedicated, loyal, and experienced military officers, intelligence service and law enforcement veterans, and government officials still stand ready to provide assistance for a thorough, impartial, and honest investigation into the terrible acts of 9/11.

Statements questioning the official account of 9/11 and calls for a new investigation by hundreds of credible individuals can be found at http://PatriotsQuestion911.com.

[9] Congressional Reports: Joint Inquiry into Intelligence Community Activities before and after the Terrorist Attacks of September 11, 2001 December, 2002 http://www.gpoaccess.gov/serialset/creports/911.html