According to the NY Times of July 29, an internal DoJ report has found Sibel Edmonds was at least “in part” fired because of her whistleblower activities in accusing the FBI of incompetence and a co-worker of suppressing documents relating to Sept. 11.

Originally published at the New York Times, by Eric Lichtblau on 7/29/04

Whistle-Blowing Said to Be Factor in an F.B.I. Firing

WASHINGTON, July 28 – A classified Justice Department investigation has concluded that a former F.B.I. translator at the center of a growing controversy was dismissed in part because she accused the bureau of ineptitude, and it found that the F.B.I. did not aggressively investigate her claims of espionage against a co-worker.

The Justice Department’s inspector general concluded that the allegations by the translator, Sibel Edmonds, “were at least a contributing factor in why the F.B.I. terminated her services,” and the F.B.I. is considering disciplinary action against some employees as a result, Robert S. Mueller III, director of the bureau, said in a letter last week to lawmakers. A copy of the letter was obtained by The New York Times.

Ms. Edmonds worked as a contract linguist for the F.B.I. for about six months, translating material in Turkish, Persian and Azerbaijani. She was dismissed in 2002 after she complained repeatedly that bureau linguists had produced slipshod and incomplete translations of important terrorism intelligence before and after the Sept. 11 attacks. She also accused a fellow Turkish linguist in the bureau’s Washington field office of blocking the translation of material involving acquaintances who had come under F.B.I. suspicion and said the bureau had allowed diplomatic sensitivities with other nations to impede the translation of important terrorism intelligence. (…) 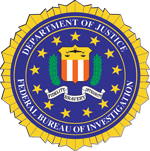 The Edmonds case has proved to be a growing concern to the F.B.I. because it touches on three potential vulnerabilities for the bureau: its ability to translate sensitive counterterrorism material, its treatment of internal “whistle-blowers,” and its classification of sensitive material that critics say could be embarrassing to the bureau.

The Justice Department has imposed an unusually broad veil of secrecy on the Edmonds case, declaring details of her case to be a matter of ”state secrets.” The department has blocked her from testifying in a lawsuit brought by families of Sept. 11 victims, it has retroactively classified briefings Congressional officials were given in 2002, and it has classified the inspector general’s entire report on its investigation into her case. As a result, groups promoting government openness have accused the Justice Department of abusing the federal procedures in place for classifying sensitive material.

Mr. Mueller’s letter, sent July 21 to leading members of the Senate Judiciary Committee, offered a rare glimpse inside the F.B.I.’s thinking on the case, and its content surprised some Congressional officials.

Given the tight secrecy surrounding the case, ”one could argue that Mueller himself disclosed classified material” by quoting from a still-secret Justice Department report, said one Congressional official who spoke on condition of anonymity.

In his letter, Mr. Mueller said he was pleased that the office of the inspector general ”had not concluded that the F.B.I. retaliated against Ms. Edmonds when it terminated her services on April 2, 2002.” At the same time, he said, ”I was concerned by the O.I.G.’s conclusion that Ms. Edmonds’ allegations ‘were at least a contributing factor in why the F.B.I. terminated her services.”’

He said the F.B.I. would work with the inspector general to determine whether any employees should be disciplined as a result. And he emphasized that he wanted to encourage all F.B.I. employees to ”raise good faith concerns about mismanagement or misconduct” without fear of reprisals or intimidation.

The letter did not say what other factors, if any, beyond Ms. Edmonds’s accusations may have played a part in the decision to dismiss her. In the past, federal officials have suggested that her allegations had nothing to do with her dismissal, pointing instead to what they described as her ”disruptive” presence in the field office.

The inspector general ”also criticized the F.B.I.’s failure to adequately pursue Ms. Edmonds’s allegations of espionage as they related to one of her colleagues,” Mr. Mueller said in his letter.

In that case, Ms. Edmonds accused a fellow Turkish linguist at the F.B.I. of failing to disclose her previous contacts with members of an overseas group who became the subject of an intelligence investigation and of blocking the translation of material as ”not pertinent.”

Officials at the F.B.I. and the inspector general’s office declined to comment on the Edmonds case Wednesday, saying the review remains classified.

An official with knowledge of the report who spoke on condition of anonymity said investigators confirmed that some of Ms. Edmonds’s allegations about translation problems were true, but could not corroborate others because of a lack of evidence. None of her accusations were disproved, the official said.

Ms. Edmonds said in an interview Wednesday that she had not been informed about any of the inspector general’s findings and was planning a lawsuit to force the public release of the report.

She said she was gratified to hear that the inspector general found that her allegations played a part in her dismissal, and she said public pressure was needed to correct what she considers continuing problems in the F.B.I.’s ability to translate terrorism intelligence.

”Here we are almost three years after Sept. 11, and these problems have not been corrected,” she said. ”This is one of the major problems the intelligence community is facing.”

F.B.I. officials say that while they are continuing to seek more linguists, particularly in Arabic, Farsi and other languages critical to terrorism investigations, they believe they have already made strong inroads in correcting translation problems.

According to data supplied to Congress, the F.B.I tripled the number of Arabic language specialists and contract linguists on staff from Sept. 11, 2001, to this March, with the number rising to 209 from 70. Overall, the number of linguists rose to 1,227 from 784, the bureau said.