Psychological Operations Why do self-styled “skeptics” believe in their own brand of miracles?

I find it such an interesting phenomenon that of all the self-styled skeptics I have corresponded with or whose opinions are aired online, every single one swallows the miracles, told to us by NIST, of the three high rise steel frame building collapses on 9/11 being caused by fire when the evidence clearly shows that the collapses were caused by controlled demolition. Moreover, the $5,000 10-point Occam’s Razor challenge on the cause of collapse of the third building, WTC-7, that I’ve issued personally to a significant number of these self-styled skeptics, has been very loudly ignored.

As Australian politician, Pauline Hanson, infamously said when asked if she were xenophobic, “Please explain”. 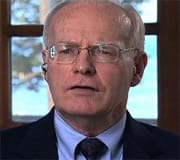 Please explain why it is that the most prolific scholar – by far – on 9/11 is a Christian and Professor Emeritus of Religious Studies, David Ray Griffin, and why this scholar, highly-esteemed within and without his own academic field, does not swallow the collapse-by-fire miracles? He has written over 10 books on the subject of 9/11, his latest being Bush and Cheney: How They Ruined America and the World. He has also recently authored and co-authored two books on climate change. So he’s on the same page as most of the self-styled skeptics (in no way referring to the so-called climate skeptics, of course) with climate change but not with 9/11.

As summarised by Edward Curtin in his review of Griffin’s book, here are the 15 miracles that Griffin identified that the self-styled skeptics have swallowed:

Now could it be that self-styled skeptics all over the Anglo world (Michael Shermer, Richard Dawkins and Richard Saunders being notable examples) are suffering from a severe case of skeptic groupthink? You’d think one of them would deviate from the flock in their concept of truth, wouldn’t you?

An example of the faulty reasoning used by skeptics is displayed by !!Michael Shermer in this interview where he employs a common logical fallacy of 9/11 argument, argumentum ad speculum, by putting forward the seemingly great implausibility of the conspirators’ ability to lay explosives in the twin towers.

This hypothesis ignores the reality of how the buildings collapsed and also displays ignorance of information indicating how the task of laying explosives could have been achieved, as in Jeremy Rys’s 45 minute film, Conspiracy Solved!

There is much study in social psychology on why people believe things and what approaches to take to help them out of their entrenched beliefs (see presentation In Denial of Democracy: Social Psychological Implications for Public Discourse on State Crimes Against Democracy Post-9/11, by neuroscientist, Laurie Manwell) but it truly baffles me that when you ask a self-styled skeptic to provide even just a single point to justify their belief and they fail, this stark confrontation with their inability to support their belief has no impact.

It truly astounds me. I’m not talking here about aggressive confrontation, in which case one can comprehend a psychological resistance. I’m talking about asking someone, with pretensions to operate in a realm of reason and logic, simply to provide support for their belief.

Occam’s Razor is a tool of logic that can be applied in different ways. In my application I take the approach: what hypothesis fits the piece of evidence in question with the fewest questions and assumptions. It works like magic. If a self-styled skeptic cannot use the tool to support their belief nor poke a hole in the points provided for the opposing view, surely reason and logic dictate that the skeptic must change their mind. If not, their claim to skepticism is utterly fraudulent.

Interestingly, Griffin divides the world into three types of people:

Documentary about Cognitive Dissonance and 9/11

Skepticism is a dynamic attitude to the world around us. It is not a dogmatic approach restricted by “accepted wisdom”, but a serious and sincere appraisal of claims of how the world works.

In response to my perfectly-reasoned emails, however, a leading Australian skeptic, (we’ll call him “R”), simply dismissed me, without evidence or debate, as a “conspiracy theorist.” Sadly, in his discourteous emails, “R” displays the opposite of genuine skepticism. He displays, only, that he could not be more indoctrinated by the most successful propaganda weapon of all time, the “conspiracy theory,” meme promulgated by the CIA after the JFK assassination to silence and discredit those who questioned the lone gunman explanation.

From an article in the Observer about NYU Professor of Media Studies, Mark Crispin Miller:

The outspoken voice of public dissent considers [the term “conspiracy theory”] a “meme” used to “discredit people engaged in really necessary kinds of investigation and inquiry.”

For Miller, those investigations include, among others: did the U.S. government have foreknowledge of the 9/11 terror attacks and choose to do nothing? Were Bush, Cheney, Rumsfeld and others surreptitiously trying to dismantle the republic envisioned by the founding fathers? And is the CDC concealing links between the MMR vaccine and autism?

“It’s one that you run into time and time again,” Miller said on an October 11 episode of CounterPunch Radio. “To the point that I now believe that anyone who uses that phrase in a pejorative sense is a witting or unwitting CIA asset.” [My emphasis.]

What sort of world do we live in when so many self-styled skeptics can watch the 6.5 second, beautifully symmetrical collapse of WTC-7 into its own footprint and accept the government report stating that it was caused by fire?

Unincinerated terrorist passport fluttering to the ground at the World Trade Centre and being handed in by anonymous passerby? BBC journalist stating that WTC-7 collapsed 20 minutes before it did? Owner of WTC-7, Larry Silverstein, speaking of how he suggested that perhaps the smartest thing to do was to “pull it” (term used originally for demolition by pulling a building down but now also used for controlled demolition using explosives)?

Do none of these puzzles excite even the barest curiosity in these so-called seekers after truth?

Drawing the Lessons of 9-11 (Review of The Hidden History of...

Total Surveillance State: One Database to Rule Them All

Visibility 9-11 Welcomes John-Michael Talboo and Stewart Bradley of Debunking the...

‘Underwear bomber’ was working for the CIA

Welcome Truth Seekers to a short path to 9/11 truth