Home Consequences Bigger Picture Stand Up and Be Counted

Stand up and be counted: Make this one of your New Year’s resolutions. Revel in your courage to stand up for truth and justice and be counted.

If you have been paying attention to what is going on in this country, you know that the 9/11 attacks have been used again and again as the justification for policies that contradict core American values. Endless war, torture and warrantless surveillance do not reflect the values of the overwhelming majority of people who inhabit the land of the free and home of the brave. These policies echo the values of a morally bankrupt elite who control our governing institutions. 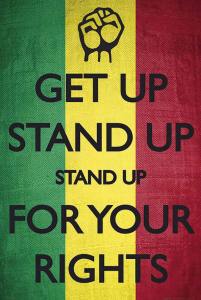 Our government repeatedly violates the self-evident truths expressed by our Declaration of Independence: that all men are created equal, that they are endowed by their Creator with certain unalienable Rights, that among these are Life, Liberty and the pursuit of Happiness. The contradiction between word and deed produces an intentional societal paralysis. Individuals feel helpless. Powerlessness and apathy make it possible for authoritarianism to flourish. Manufactured divisions obscure our common interests from ourselves, shifting our attention away from those who benefit and wield unchecked power.

If you have educated yourself about 9/11, you know that the issue tends to act as a portal through which you discover a hidden history. It is one of many rabbit holes that can lead to a re-evaluation of what passes for “history.”

911Truth.org has been educating the public about the events surrounding the 9/11 attacks for more than ten years. We continue to hear from new readers, in increasing numbers, who have only recently awakened to the nightmare of this hidden history, to deep politics. The most frequently asked question by our readers: Now that I know, what can I do about it? With this question in focus, we emphasize that the ultimate aim of Our Mission has been:

TO END, by way of integrity and god-given creativity, the regime and illicit power structures responsible for 9/11 and to replace the system that made 9/11 necessary. We solicit collaboration with others who are committed to achieving these goals by way of peaceful transformation.

To succeed in this endeavor depends on harnessing insights from past struggles for truth and justice. We need a shared understanding of the historical context for contemporary collective action. This all-important context is provided by Chris Hedges and Lorenzo Hagerty in the following podcast from the Psychedelic Salon posted below. 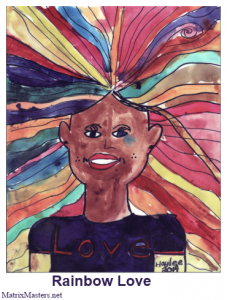 [NOTE: All quotations are by Chris Hedges.]

“I think when we speak today about American values what we’re really speaking about are corporate-instilled values.”

“When you spend over a decade brutalizing people, people become brutal.”

“You can’t use the word ‘liberty’ when your government watches you 24 hours a day. That’s the relationship of a master and a slave.”

Stand Up and Be Counted interviews Chris Hedges

You can download the mp3 directly from the Psychedlic Salon.

A People’s History of the United States by Howard Zinn

Industrial Workers of the World A Union For All Workers

In honor of the 100th anniversary of the WWI Christmas Eve Truce, we offer “Christmas in the Trenches” as a reminder that the game rules can change and result in cooperation even in the harshest of circumstances.