Home Activism The World Is With Us – Occupy Lives On! 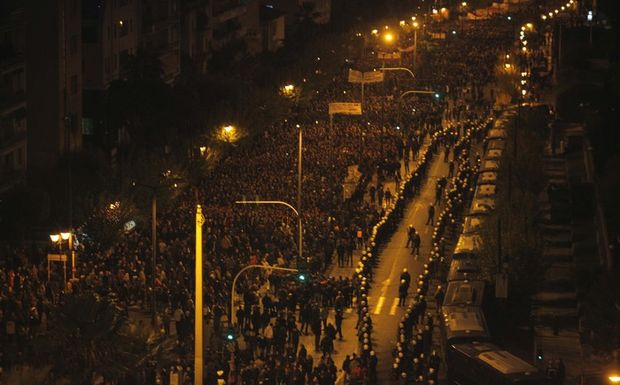 Today, November 17th, over 30,000 New Yorkers took to the streets to resist austerity, rebuild our economy, and reclaim our democracy. It was our largest action to date.

Our will was only emboldened by Mayor Bloomberg’s heavy-handed attempt to eradicate Occupy Wall Street; our brutal eviction from our homes at Liberty Square has strengthened both our resolve and our legitimacy. Together, we raised our voices to declare: “No to evictions! No to the 1% that profits from our collective impoverishment.” We showed the world we are not a fringe group of naive idealists–we are truly a people’s uprising embodying the revolutionary spirit of economic justice, mutual aid, and participatory, consensus-based democracy. We are the 99%.

And the world responded.

Protestors across the United States occupied our most tangible symbols of oligarchic neglect: bridges–essential public infrastructure the 1% has blithely let decay:

And across the world, the people of Canada, Japan, the UK, Spain, Germany, Greece, and elsewhere organized unprecedented solidarity actions, proving beyond doubt that Occupy Wall Street is, and is increasingly becoming, a truly global revolution.

To echo one protest sign: “The World Is Not The Same Anymore.”

Bloomberg and his NYPD may have taken Liberty Square for now, just as the banks have taken the homes and livelihoods of thousands across the world. But today, we proved that the spirit of Occupy Wall Street and the will of the 99% is stronger than ever. They, the 1%, cannot evict an idea whose time has come!