Last week’s resignation of the top cybersecurity official for the Department of Homeland
Security has revealed a thorny bureaucratic rivalry between the National Security
Agency and the resigned official who accuses NSA of having too tight a hold
on cybersecurity.

After less than a year as director of the National Cyber Security Center, Rod
Beckstrom resigned on Friday, citing a lack of funding and efforts by the NSA
to dominate government cypersecurity. The Wall Street Journal has his
letter of resignation, which can be read here.

In the letter to DHS Secretary Janet Napolitano, Beckstrom charged that NSA
“effectively controls DHS cyber efforts” through employee detailees to NCSC
from NSA, technology insertions and the proposed move of the NCSC to NSA’s Fort
Meade facility.

“While acknowledging the critical importance of NSA to our intelligence efforts,
I believe this is a bad strategy on multiple grounds,” Beckstrom wrote. “The
intelligence culture is very different than a network operations or security
culture.”

Beckstrom said as director he objected to the “subjugation” of NCSC under NSA
and had advocated for a “credible civilian government cybersecurity capability”
that cooperated with NSA but didn’t answer to it.

“This is a coordination body and it resides alongside or above the other centers,
but certainly not below them,” Beckstrom said of the NCSC in a Washington
Post interview after his resignation. “In my view, it is very important
that there be independence for the [center], and that it be able to carry out
its role.”

In a
statement to Forbes, DHS spokeswoman Amy Kudwa said the agency regrets
losing Beckstrom, but “has a strong relationship with the NSA and continues
to work in close collaboration with all of our federal partners on protecting
federal civilian networks. We look forward to our continued, positive working
relationship with all our partners on outreach to the private sector as we strive
to further secure our nation’s cyber networks.”

According to The Post’s Tuesday article, “Beckstrom said he decided to
leave roughly 10 days ago, after learning that orders were canceled for computers,
network equipment, furniture and office space in Arlington slated for his group.
While he officially reports to Department of Homeland Security Secretary Janet
Napolitano, Beckstrom said he has not yet had a meeting with her.”

The cypersecurity initiative to protect government networks was begun by the
Bush administration, reports
The Journal, and the Obama administration is currently conducting
a 60-day review of that effort and its related policies. Recommendations on
the effort are expected next month. 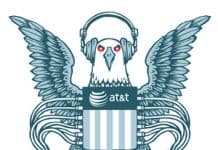 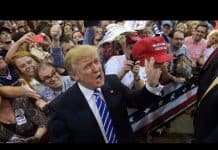 FBI Prevents Agents from Telling ‘Truth’ About 9/11 on PBS

Is Michael Mukasey Prioritizing the Harassment and Imprisonment of Journalists?