Tonight we welcome Dr. Frank Legge back to show for an extended discussion on one the most vexed questions about 9/11: what hit the Pentagon?

Dr. Legge has written an important paper on this topic which has been published at the Journal of 9/11 Studies. (See also the blog entry by Professor Steven Jones, below.)

As Dr. Legge stresses, there are two essential points to note:

Many researchers are not satisfied with stopping at these reasonable claims however, and want to propose more detailed theories about what really happened. During the show we critically examine some of the theories, with the help of Dan Collins, a regular contributor to TNRA.

We present below several key pieces of evidence often cited in investigations of the Pentagon attacks. 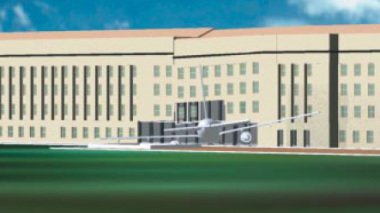 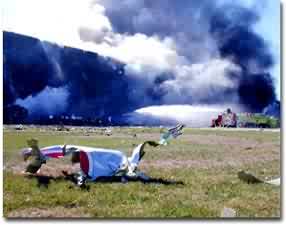 “What Hit the Pentagon?”

Noted 9/11 research Dr. Frank Legge has published a revised version of his paper with additional notes and discussion, “What Hit the Pentagon?” The paper is available at the Journal of 9/11 Studies:
http://journalof911studies.com/volume/2009/WhatHitPentagonDrLeggeAug.pdf

His first version of the paper generated a great deal of discussion about this important issue. In presenting this revision, Dr. Legge notes:

“This version has been prepared to take into account a number of issues raised by critics and defenders of the original paper. Discussion of the implications of accepting or rejecting the official position that a 757 hit the Pentagon has been expanded and clarified. I am very grateful for the help provided. All significant alterations have been identified and discussed in footnotes.”

No doubt this revised version will encourage further discussion of what hit the Pentagon, and perhaps more importantly, a renewed push to obtain release of withheld video footage that will show unequivocally what hit the Pentagon — and a renewed interest in the whistleblower testimony of Secretary of Transportation (at the time) Norman Mineta.

At Dr. Legge’s suggestion, I should also like to announce an informative new site: http://www.scienceof911.com.au/

My congratulations to physicist David Chandler on his continued 9/11 research findings. My sincere best wishes to all as we approach the 8th anniversary of 9/11.