Video: Comments by family members of TWA Flight 800 victims regarding the new documentary “TWA Flight 800” and the petition to reopen the investigation.

When an aircraft’s transponder (radar beacon) goes out in mid-flight, reflected radar signals (primary returns) can be critical to help determine what happened, where, and when.  Radar sites near TWA 800 recorded a high-velocity event at the aircraft’s position simultaneously with the jetliner’s transponder going silent.  This radar data is discussed beginning on page 6 of our NTSB Petition for Probable Cause Reconsideration. 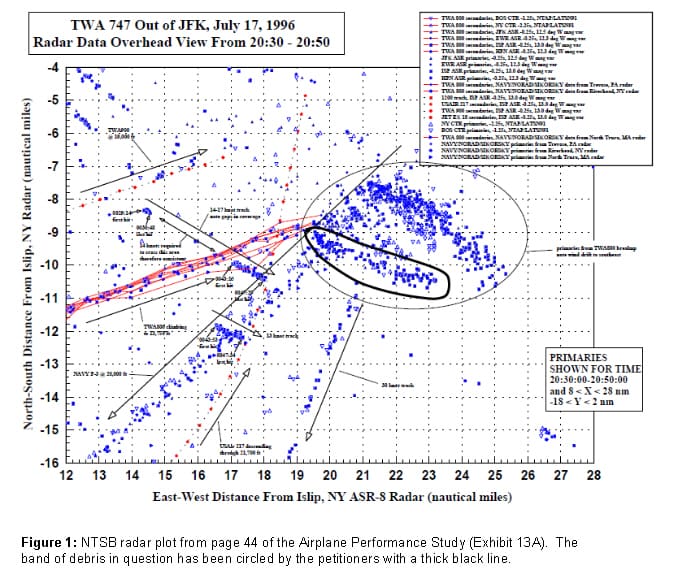