Originally published at Salon by David Sirota on 8/21/14

As states move to hide details of government deals with Wall Street, and as politicians come up with new arguments to defend secrecy, a study released earlier this month revealed that many government information officers block specific journalists they don’t like from accessing information. The news comes as 47 federal inspectors general sent a letter to lawmakers criticizing “serious limitations on access to records” that they say have “impeded” their oversight work. 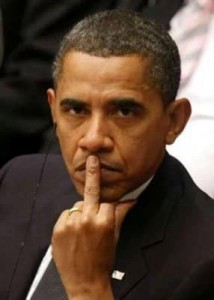 “That horrified us that so many would do that,” Carlson told the Columbia Journalism Review, which reported on her presentation at the July conference of the Association for Education in Journalism and Mass Communication.

In recent years, there have been signs that the federal government is reducing the flow of public information. Reason Magazine has reported a 114 percent increase in Freedom of Information Act rejections by the Drug Enforcement Agency since President Obama took office. The National Security Agency has also issued blanket rejections of FOIA requests about its metadata program. And the Associated Press reported earlier this year that in 2013, “the government cited national security to withhold information a record 8,496 times — a 57 percent increase over a year earlier and more than double Obama’s first year.”

Those revelations foreshadowed a recent letter from more than half of the government’s inspectors general saying that federal agencies’ move to hide information from them represents a “potentially serious challenge to the authority of every Inspector General and our ability to conduct our work thoroughly, independently, and in a timely manner.”

In that letter, the inspectors general assert that agencies are saying information is “privileged” and therefore must be kept secret. That is one of many increasingly creative rationales that public officials are now citing as reason to keep government information secret.

In Chicago, for example, officials in Mayor Rahm Emanuel’s administration rejected a request for documents about an opaque $1.7 billion fund that is often used for corporate subsidies, some of which have flowed to the mayor’s political donors. In a letter explaining the rejection, the officials said it would take too much staff time to compile the data and that therefore the request was “unduly burdensome.”

Likewise in Rhode Island, Democratic State Treasurer Gina Raimondo rejected a newspaper request for information about the state’s hedge fund contracts on the grounds that she wanted fund managers to “keep this information confidential to help preserve the productivity of their staff and to minimize attention around their own compensation.”

That denial was one of many similar rejections from states seeking to keep the details of their Wall Street deals secret.

Carlson’s polls from 2014 show that three-quarters of journalists surveyed now agree that “the public is not getting the information it needs because of barriers agencies are imposing on journalists’ reporting practices.”

That’s the whole point of government secrecy, of course — and the ramifications are predictable. In an information vacuum, the public is being systematically divorced from public policy, which is exactly what too many elected officials want.