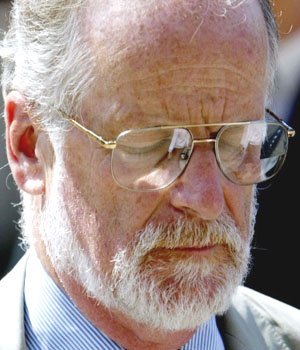 British weapons inspector Dr. David Kelly was writing an expose about his work with anthrax and his warnings that Iraq possessed no weapons of mass destruction at the time of his death in July 2003, according to a report published in a British newspaper.

Kelly’s death — said to have been a suicide — has stirred controversy, as it came on the heels of testimony to the House of Commons about a memo which purported that Britain had “sexed up” a dossier on Iraq’s alleged weapons of mass destruction. A Parliamentary inquiry ruled that the death had been suicide, though it also included testimony from a former British ambassador who quotes Kelly as having said, “I will probably be found dead in the woods” if Iraq were invaded.

The new report says Kelly had spoken with an Oxford publisher several times about a book.

“He had several discussions with a publisher in Oxford and was seeking advice on how far he could go without breaking the law on secrets,” the UK Daily Express alleged.

Kelly’s computers were seized in the wake of his death. He was a signatory to Britain’s Official Secrets Act, which allows for the prosecution of those who talk to the press about state secrets and prescribes a more stringent framework for secrecy than in the United States.

According to the paper, “he was intending to reveal that he warned Prime Minister Tony Blair there were no weapons of mass destruction anywhere in Iraq weeks before the ­British and American invasion” and was also intending to lift the lid on a potentially bigger scandal, his own secret dealings in germ warfare with the apartheid regime in South Africa.”

The allegations of a potential Kelly expose come from a new film about biological weapons being debuted in London on the sixth anniversary of Kelly’s death titled “Anthrax War” (the documentary aired earlier this year on Canadian public television). Kelly was an expert in biological warfare agents, as well as a former United Nations weapons inspector in Iraq.

”The deeper you look into the murky world of governments and germ warfare, the more worrying it becomes,” the film’s director, Bob Coen, is quoted as saying. “We have proved there is a black ­market in anthrax. David Kelly was of particular interest to us because he was a world expert on anthrax and he was involved in some degree with assisting the secret germ warfare program in apartheid South Africa.”

According to the Canadian Broadcasting Corporation’s summary of the film, Coen “was raised in Zimbabwe where the former white regime has been accused of unleashing anthrax against the black population” [who] embarks on a journey that raises troubling questions about the FBI’s investigation of the 21st century’s first act of biological terrorism.

“Coen’s investigation takes him from the U.S. to the U.K. and from the edge of Siberia to the tip of Africa. In a rare interview, Coen confronts ‘Doctor Death’ Wouter Basson, who headed Project Coast, the South African apartheid-era bio-warfare program,” the network’s website adds. “Project Coast used germ warfare against select targets within the country’s black population.

“Anthrax War also investigates the mysterious deaths of some of the world’s leading anthrax scientists, including Dr. David Kelly, the UK’s top military microbiologist, the Soviet defector Dr. Vladimir Pasechnik, and Dr. Bruce Ivins,” the CBC continues. “The FBI claims – despite the doubts of highly ranked U.S. officials – that Ivins was the only person behind the U.S. anthrax murders.”